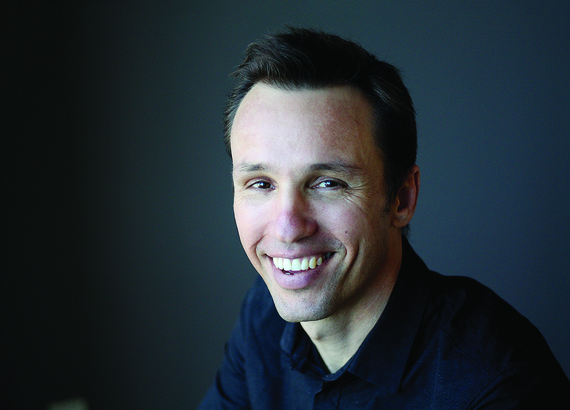 A story narrated by Death may sound ominous and maybe even a bit outlandish. However, Markus Zusak captures Death's voice in a poetic, elegant and human way. Zusak's The Book Thief is one of the most celebrated works in modern literature, winning awards such as Publishers Weekly's Best Children's Book of the Year (2006), the Bulletin Blue Ribbon Book (2006) and the Michael L. Printz Honor Book (2007).

This year marks the 10th anniversary of Zusak's beautifully written novel and to celebrate, the Australian author traveled around the United States to conduct book signings. He also talked to me about the novel and his experiences as a writer. 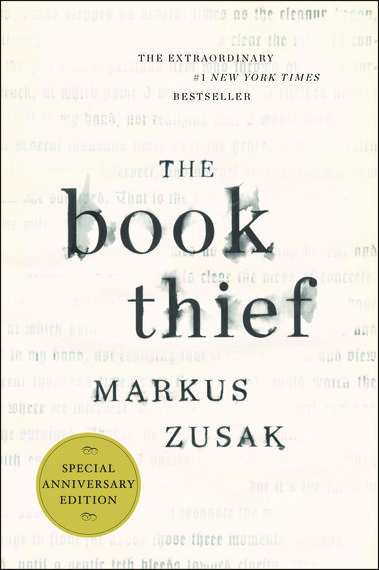 Markus Zusak's inspiration to start writing was sparked by the way he became immersed in a story when he started reading a novel. "You know it's not real, but you believe it when you're in it, and that's what I love about writing in general. It's not a bad life to be paid to make things up. Believing it is the hard part," he says. One of his favorite books has always been What's Eating Gilbert Grape by Peter Hedges, since it taught him that great characters lead to great stories and even greater books.

When asked about his inspiration for The Book Thief, Zusak says that his parents told him and his siblings stories about growing up in Germany and Austria, both during and after World War II. "It was like a piece of Europe came into our kitchen," he muses. "When I started writing The Book Thief, I realized it was like waking up one day and being able to speak another language."

In The Book Thief, Liesel--our daring protagonist--faces challenges such as losing her brother and being given away to foster parents. Hans and Rosa Hubermann take her in and become instrumental in her life. Hans develops a fatherly relationship with his foster daughter and teaches her to read. Rosa also dearly loves Liesel, despite swearing at her and being strict with her. Zusak notes that, as he was growing up, he read books that featured no parents or portrayed them in a negative light. "My first attempts at books were largely the same," he says. However, in the first book he had published, the parents were hardworking and positive influences. "That felt a lot more faithful to me. I believed it," he says. Hans and Rosa Hubermann were originally based on his mother's foster parents, but Zusak says that as he wrote the story, the two characters turned into their own people.

The protagonist, Liesel, goes on in the story to steal books (hence the fitting title). I found it interesting that Zusak chose to make her steal books in particular. "Like most of the better ideas in books, it was an accident. I'd written the first page of a book set in my hometown of Sydney, about a girl stealing books. I thought, how about putting that idea into a book set in Nazi Germany? I didn't know at the time that it would come to have a lot more meaning. In the novel, Hitler is destroying people with words, and Liesel is stealing them back to write her own story, and hopefully it's a beautiful story, written through that ugly world," he explains.

However, books are not the only unique symbol in The Book Thief. Death, as mentioned before, is the narrator of the whole story and shows off an almost human personality, showing a slight fear of humans and even feeling bad when he has to take the last bit of life away from someone. Most books we read are narrated in third person by an unknown, external narrator, or in first person, narrated by the main character of the story themselves. Zusak believed that Death made the best narrator for his novel, especially because it was set around wartime. War and death go hand in hand and are often described as best friends, leading Zusak to choose the unconventional, yet intriguing narrator to tell Liesel's story as she lived in Nazi Germany. He adds, "I also had the idea, in the end, that Death would be afraid of humans, given he's often on hand to see us at our worst. He would tell Liesel Meminger's story as one that proves that humans can be beautiful and selfless and worthwhile."

More symbols arise throughout the novel and, when asked about them, Zusak jokes that he has to try and remember them after all these years. The one that jumps out at him was one from when he was describing Max Vandenburg as a bird. "I used the irony of that idea because he was German but he was imprisoned in his own country; he was a caged bird who needed to hide in order to survive," Zusak explains, giving us even more insight into how intricately the motifs are woven throughout the story.

"Mostly I just write something within the framework I've created, and then the unplanned moments arrive. I start building them, and that's how they become symbolic or more thematic. I feel like the more time you spend with a book, the more you know it, and the more meaning you can garner. You also start to realize what to keep and what to leave out."

Zusak describes his writing process and says that he tends to write out chapter headings over and over again for each segment of the book. "I literally do that a good thousand times per project. It usually helps me get back inside the book if I've been out of it for a while, and helps me get the order right," he explains. He's found that if he plans for a chapter to be in part one or two, it ends up being in a completely different part. He thinks frameworks and routines are important and finds a feeling of safety when he gives himself a structure to follow. "I'm basically like a child when I write--I need boundaries," he says.

Zusak has been working on a book called Bridge of Clay for quite a while, but explains that he is actually okay with the struggle. "I've realized it's a nice challenge to attempt a book I'm not quite sure I can write," he admits.

The Book Thief can be found at all bookstores and online. 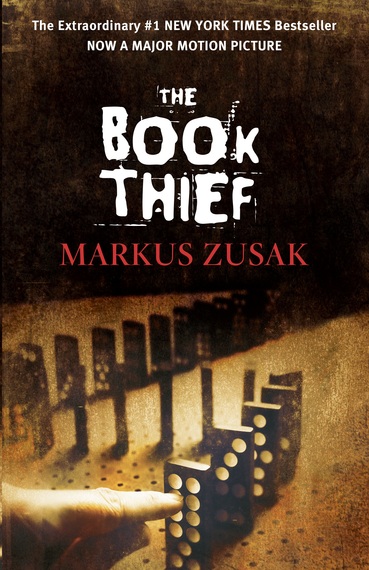