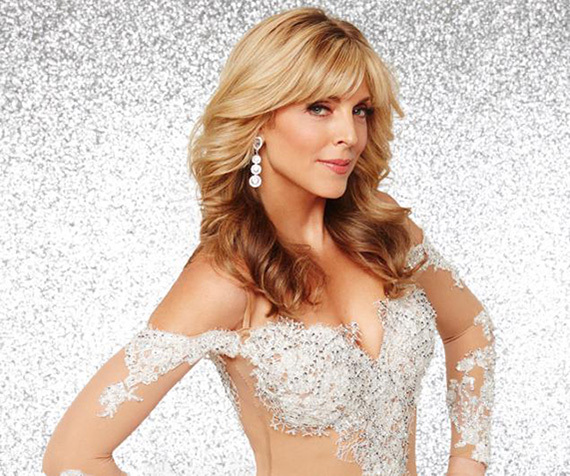 Monday's Dancing with the Stars castoff Marla Maples generally says nice things about her ex-husband Donald Trump, but when I interviewed her in 2000 (see embedded video below), she dug a little deeper into what went wrong in their high-profile marriage. Meeting outside of Christ Fellowship, the Palm Beach Gardens, FL, church we both attended at the time, she was candid and refreshingly open about what fundamentally led to the end of her marriage. She had spiritual differences with the man who would one day try to convince evangelicals to vote for him by quoting "Two Corinthians" and trotting out a Bible his mother gave him as part of a campaign ad.

DS: After marrying Donald Trump, your life became a worldwide soap opera. You were the "other woman."

MM: People can look at you in your life and because you love someone who's in a powerful position, they judge it for so many reasons other than the fact that these two souls came together for a reason and a hope and with a dream that something good could come of it. And, um, we searched each other out. I mean, he... I think there's something in me that Donald found that was interesting, and I hoped that my faith in God would help shift him to a new place. Because he had the money, he had the power, but he didn't have the true power in here [points to her heart] that we know and we feel doesn't come from money... And I saw glimpses of it in him.

DS: What misconceptions do people have about you?

MM: When you're involved with someone that powerful, it's easy for people to say, "Oh, well she's just social climbing. She just wants to have the money, or have the wealth or have the fame." But I walked away from that. I mean, I walked away from it because it was the emptiest, darkest place to be. When someone that you've chosen to spend your life with cannot grasp God and cannot give the power over, no matter how much I believed it or tried to live it in my life, I felt my energy was weakening and weakening more every day. And that's why it was a really tough choice to leave. But I prayed about it for many years. And finally, after the birth of my daughter [Tiffany, in 1993], I had the courage to really make the steps. And ever since then, my life has been blessed in many, many ways. I mean, I still pray for him every day.

DS: Conjures up Matthew 19:24, Jesus' words: "Again I tell you, it is easier for a camel to go through the eye of a needle than for a rich man to enter the kingdom of God."

MM: Well I think you feel like [when you have wealth], there's a sense of I've done it myself. Look what I've got. Look what I've achieved. There's a sudden power. We kind of judge ourselves in life in this society so much on what numbers ... how many zeros are at the end of our value, in our bank account. And I think somehow in adding those zeros, I just watch people begin to feel that that's their power, that's what they've done.

Dan Steadman is a screenwriter and director, shooting his seventh film this fall in St. Louis.

Marla Maples video for Huff Post from Circa87.com on Vimeo.