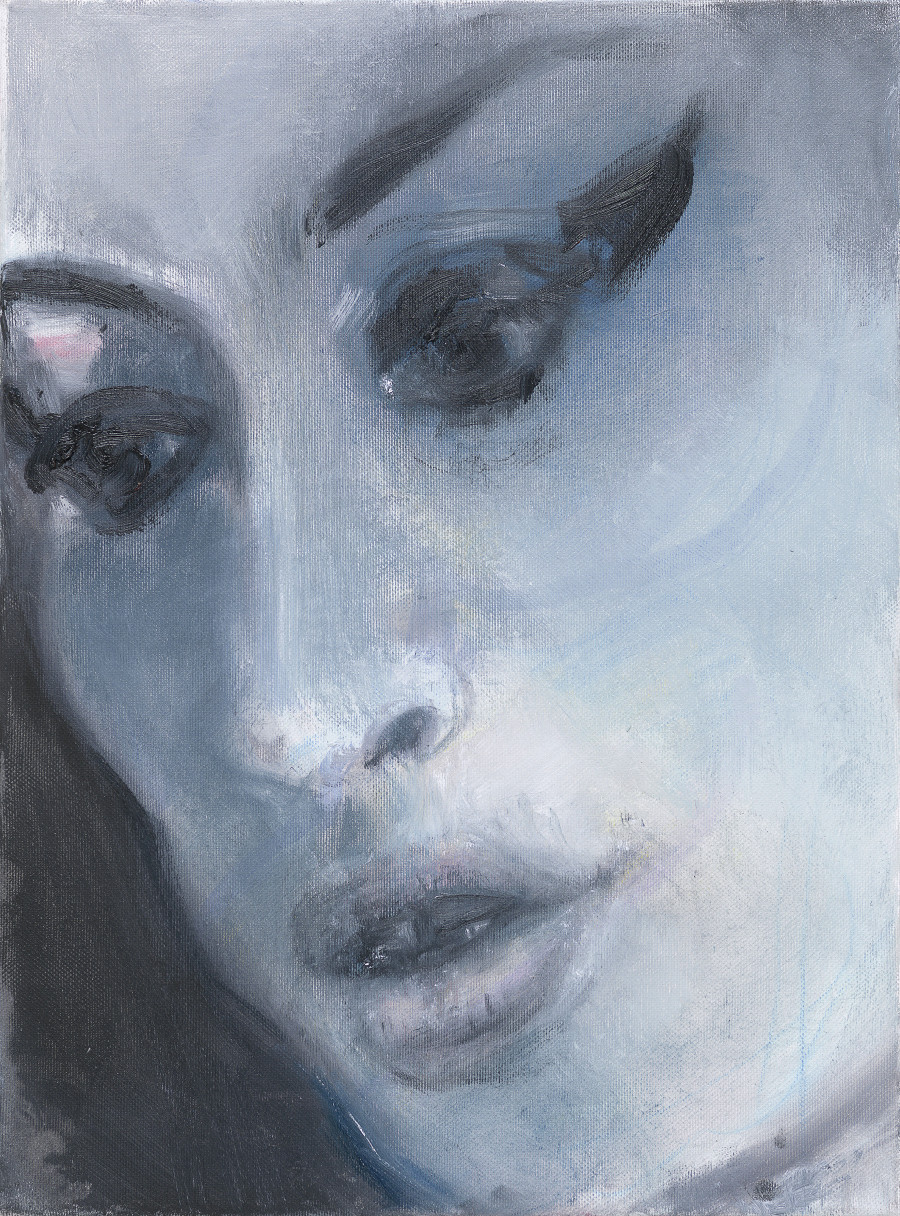 The image only spans from her forehead to her chin, but the subject is instantly recognizable. The oversized, cat-winged eyeliner hanging heavily on her lids gives a large hint, clumpy and fading as if worn on a hot day. But there's more to Marlene Dumas' portrait, simply titled "Amy -- Blue," that captures the more ineffable features of a late singer's pained beauty.

The diminutive oil painting, only 40 centimeters tall and 30 wide, is rendered mostly in blacks and blues, with the occasional pink and violet accent peeking through beneath the surface. It feels heavy, despite its size, as if the portion of face we're privy to is a cropped, zoomed-in portion of a portrait too large to grasp. The subject is, of course, Amy Winehouse, and was painted in 2011, the year she died from alcohol poisoning at 27 years old.

Winehouse is the perfect muse for Dumas, whose work is on view this summer at Fondation Beyeler in Switzerland. The South African-born painter, now 61 years old, is known for her blurred portraits of faces and bodies, both real and imagined, that transcend a physical likeness to communicate invisible blemishes flaring below the surface. Hungry women and children populate her painted canvases, lusting for different things, their ugliness worked over so thoroughly it somehow becomes beautiful. 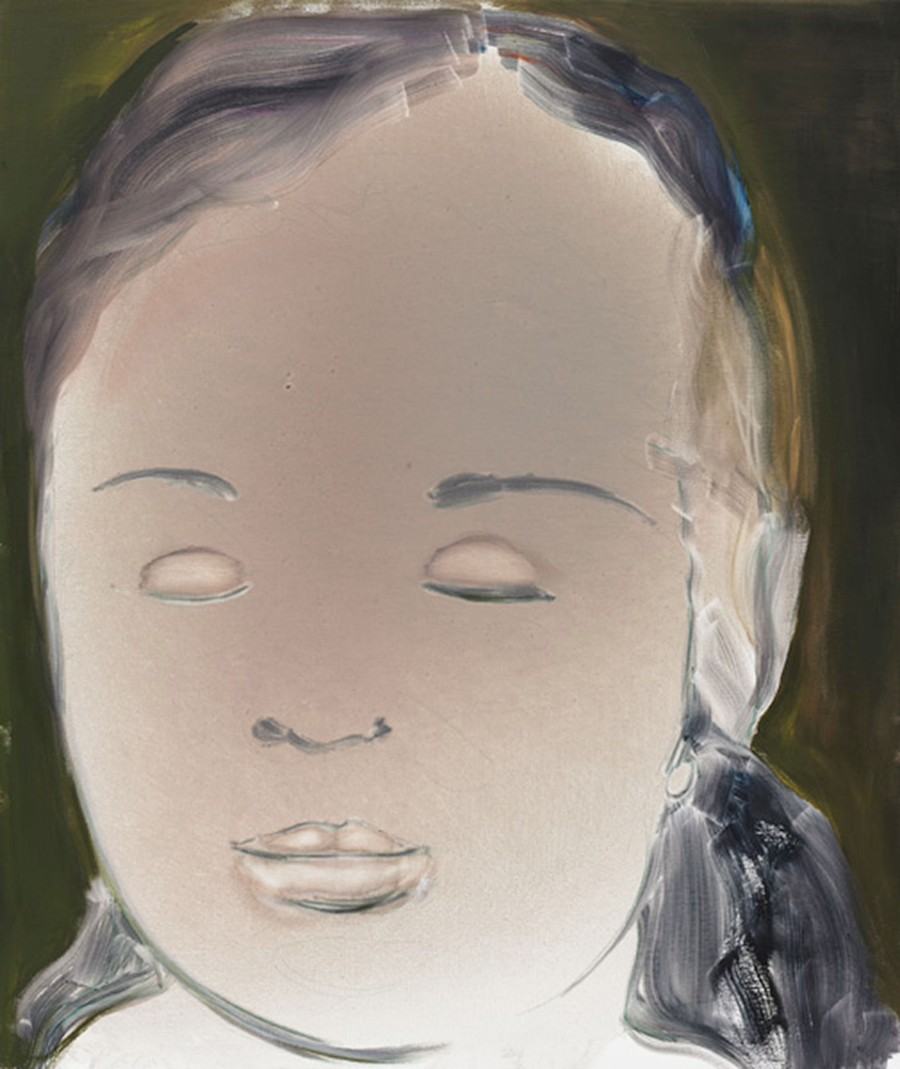 In the painting, Winehouse looks down and off to the side, her mouth hanging open ever so slightly. An artist who often expressed her rampant insecurities, especially regarding her physical appearance, the singer appears as if avoiding contact with the viewer, who has had to zoom in so closely just to get a glimpse. Dumas renders her not quite as a starlet, a phantom or a "real person" -- but something in between. In fact, Dumas has described her portraits as depicting "imagined beings, closer to the world of ghosts and angels, daydreams and nightmares than real people."

Dumas was born in a farming town near Cape Town, South Africa under apartheid. She grew up without a television, taking little notice of cameras. "I never wanted a camera,” she wrote in a catalogue for a prior exhibition at the Tate Modern. "I loved to play and draw in the sand. I loved the illustrations of fairy tales, and the stories of the Bible and American cartoons that were around. I drew bikini girls on the back of cigarette packets to impress my parents’ friends."

After graduating from the University of Cape Town, Dumas moved to Amsterdam, where she resides to this day. Her childhood resistance to cameras is evident in the paintings she's created throughout her lifetime, which resist using line to describe shape and instead employ knots, mounds and sites of excavation to convey the feeling of seeing. 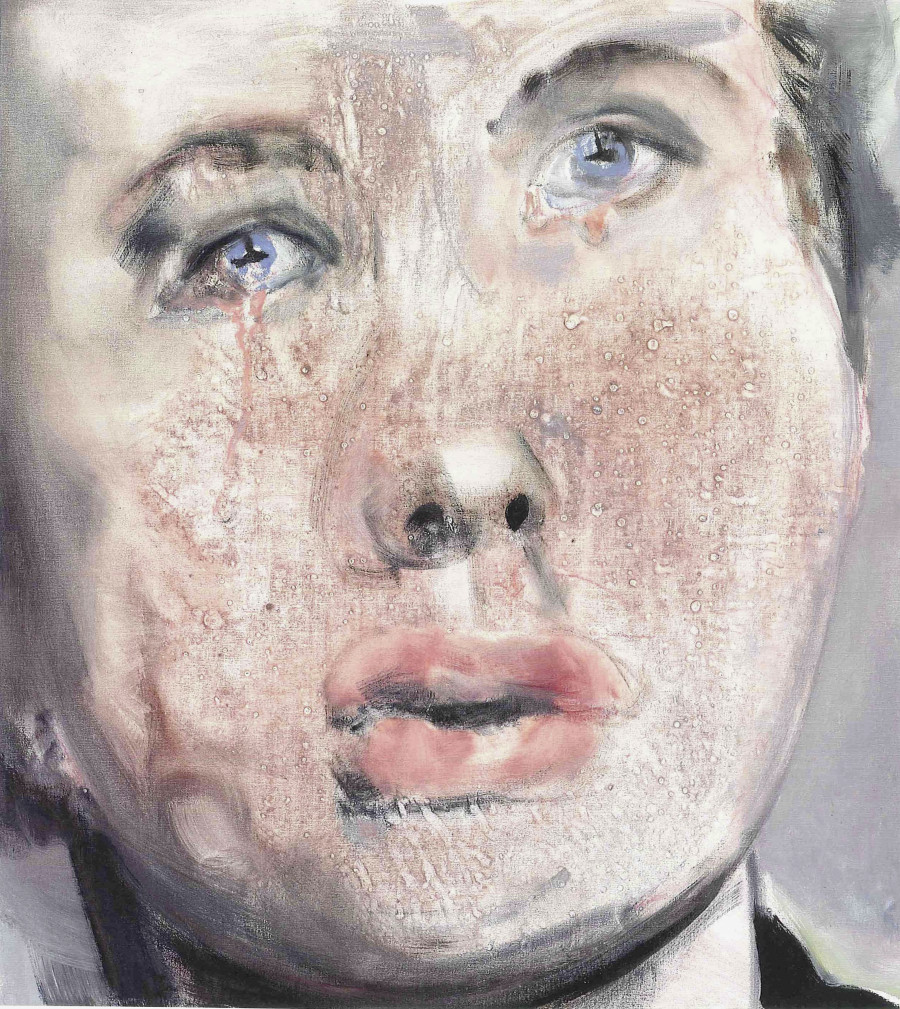 Marlene Dumas . For Whom the Bell Tolls, 2008 . Oil on canvas, 100 x 90 cm . The Rachofsky Collection and the Dallas Museum of Art through the DMA/amfAR Benefit Auction Fund . © Marlene Dumas . Photograph by Peter Cox, © 2015, ProLitteris, Zurich

"Painting for her," Peter Schjeldahl wrote for The New Yorker, "as for others of her generation, becomes a parasitic enterprise feeding on a world that is fat with fascinating and estranging visual information. Her creative act is part tribute to that profusion, part protest, and entirely corrective: in place of how something appears, she depicts how it appears to her."

As Fondation Beyeler expressed in their museum statement, "what the camera time freezes in photography, Dumas brings back to life in her paintings." Indeed, there is a tangible life force, or perhaps after-life force, to the works that make up the exhibition, from the pale, detached family unit represented in "Nuclear Family" to the mirror-like flesh of Dumas' daughter Helena in the portrait "Helena's Dream." Whether it's a relative or a pop star, Dumas manages to channel a similar combination of intimacy and alienation with each of her subjects.

Since the 1980s, Dumas has secured her position as one of the most inquisitive forces in contemporary painting. Tackling domestic subjects with a gritty and grotesque hand, Dumas operates in a realm where the hyper-feminine veers into a kind of machismo. As the artist said in 1993: "If painting is female and insanity is a female malady, then all women painters are mad and all male painters are women."

A retrospective focusing on Dumas' faces and bodies, with works spanning from the 1970s to the present, will be exhibited until September 6 at the Fondation Beyeler in Switzerland. In the meantime, see a preview of Dumas' works.

The Many Faces Of Marlene Dumas, A Painter For The 21st Century
30 Artist Names You Are Probably Pronouncing Wrong