Marley Shelton made her "Mad Men" debut on Sunday, April 21 in the Season 6 episode "To Have and to Hold."

Shelton popped up on the AMC series as Joan's friend Kate, who surprised everyone's favorite ginger and took her out for a psychedelic evening. The veteran actress has had parts in a variety of TV and film projects, including "Pleasantville," "Sugar & Spice," "Never Been Kissed," and "The Sandlot," where she played lifeguard Wendy Peffercorn, the object of desire for many of the young boys. 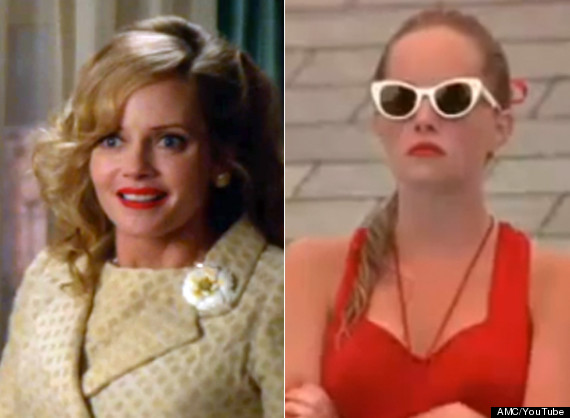 Check out some scenes of Shelton in "Mad Men" below, along with commentary from creator Matthew Weiner.