The sound of crickets chirping is just about the only thing filling up Marlins Park these days.

A new name, new uniforms, and a new ballpark didn't help draw fans to Marlins Park during its inaugural year in 2012, when the team set the record for lowest attendance for the first year of a new ballpark in the 21st century.

Things haven't improved one bit, either. In fact, the Marlins' attendance levels have reverted to what they were when the team toiled on the football field at Sun Life Stadium, when they ranked the worst in Major League Baseball.

So much for Marlins owner Jeffrey Loria scapegoating Sun Life for the team's historically low attendance and purported revenue troubles. ESPN's MLB Attendance Report shows average attendance in 2013 has been 17, 829 per game -- the second lowest out of the 30 MLB teams. According to the Miami Herald, that means there are only 100 more fans per game now than during the team's last season at Sun Life.

The Marlins have unsuccessfully attempted to draw more fans to the stands by running promotions including ticket give-aways, free admission for fans over 55, and “All-You-Can-Eat” Mondays. They even sold tickets on Groupon at 42 percent off in hopes of filling seats at Opening Night in April.

“Usually you have a honeymoon effect,” baseball economist J.C. Bradbury told the Herald. “It’s hard to have that when the fans are predisposed not to like you.” 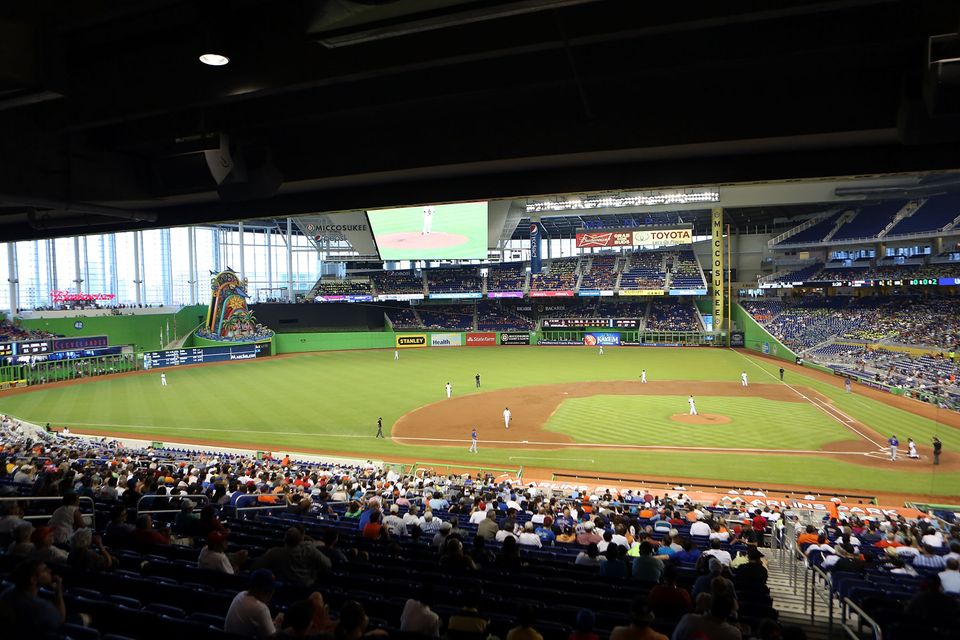 1 / 60
August 1: 4th Inning
MIAMI, FL - AUGUST 01: A general view as the Miami Marlins play against the New York Mets in the fourth inning at Marlins Park on August 1, 2013 in Miami, Florida. The Marlins defeated the Mets 3-0. (Photo by Marc Serota/Getty Images)
Getty Images