These are the creations of Marlo Meekins.

You may not know who she is, but if you're a user of the popular video-sharing app Vine, she's almost impossible to miss. With a hilarious and often twisted sensibility, Meekins has acquired a huge fan base creating 6-second looped videos on the Twitter-owned social network.

"Vine is great because it combines everything I'm interested in. I love making stuff so much, and I love drawing. I actually storyboard my Vines, a lot of them."

Due in large part to the exposure she has gained on Vine, Meekins can hardly leave her house these days without being recognized in public. "I love it," she explains. "It's weird. It's fucking weird as hell. It's weird. ... It just feels like 'The Truman Show' or something. I don't know, it just feels really strange." Meekins finds herself at Starbucks wondering, "Do they know? Do they know what I've done? Does that person know that I vomited blood on a Vine?"

Her consistent Vine output often includes her adopted dogs, Seaweed, Forrest and Bookstore. Why "Bookstore"? "She's the only one I got to name, so I decided to go crazy."

Meekins had what she describes as a "head start" on Vine, having been tipped off about the app by her friend Lacey Micallef before it even launched to the public. "I had to download it from this really shitty-looking website. ... I probably was one of the first like, at least 30 people on it." She soon gained loads of followers from her existing fan base on Twitter and Tumblr, and from having her videos featured prominently on the service as Vine "Editors' Picks." This quickly made her one of the app's most popular users. Her ranking has fallen a bit since then ("There's all these like 'legit' celebrities on there now"), but her following continues to grow rapidly. As of the publication of this article, her Vine follower count stands at 410,700 on a service that boasts more than 40 million users.

The existing fans Meekins brought to Vine were familiar with her prolific artistic portfolio from her Tumblr and her personal blog. Her caricatures, comics, and even food portraits are always surprising and nothing if not unique. 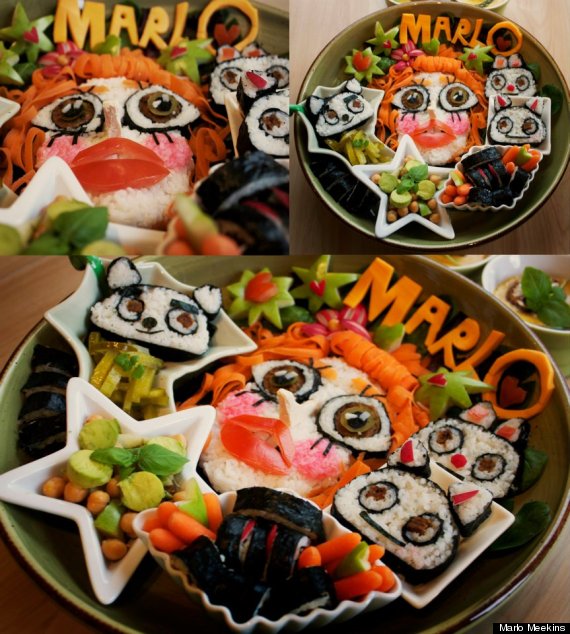 She has been making art since she was a kid growing up in Collingswood, N.J., and describes her desire to continually create art as "sort of like an addiction." It's essential to her wellbeing. "I just need to make something or I feel sick to my stomach," she says.

"I always identified as an artist since before I can remember," says Meekins. She dreamed of being an actor as a kid, but didn't feel confident enough to succeed in a field that she felt was too competitive. She admired "classic female comedians" like Lucille Ball and Carol Burnett. "When I was a kid I wanted to just be on stage. ... I wanted to be on 'Double Dare,' that was my dream. To be on 'Double Dare' -- for years that was my dream."

One thing she always did was draw. 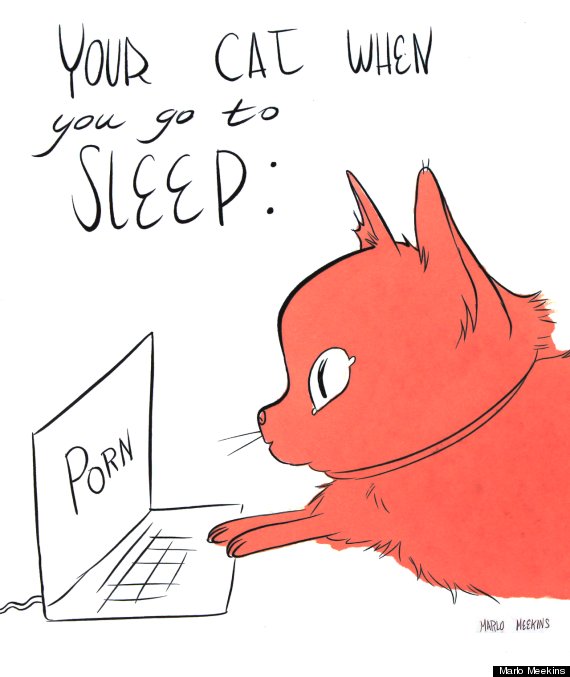 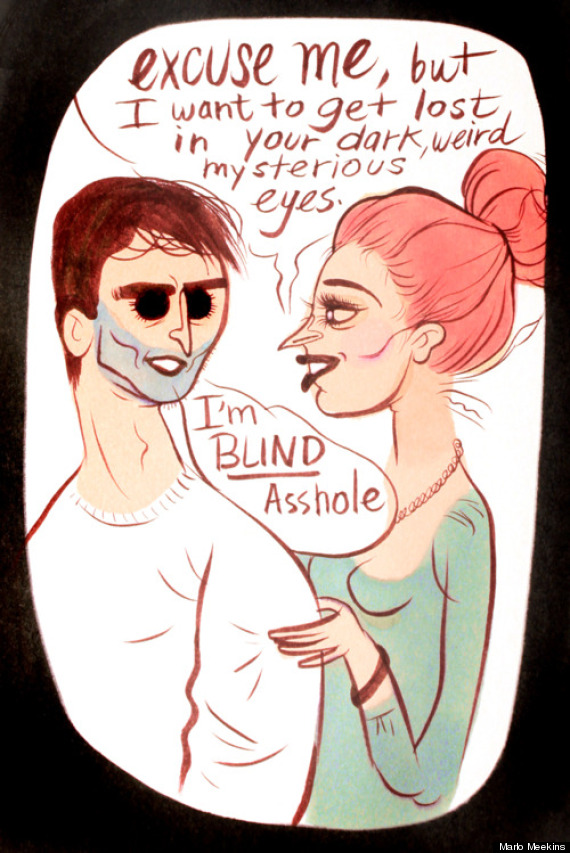 Meekins loved Mad magazine and tried to emulate the caricature artists that filled the humor publication's pages. "When I was 15 I started dating this guy whose mom was a party caricature artist and I was like 'Oh man, I wanna do this.'" Her boyfriend's mom booked gigs for her.

She did party caricatures as her main job up until about 3 years ago, booking Bar Mitzvahs and other celebrations, and fans of hers would sometimes fly her out to work at events. "The money is really good and, yeah, I did that forever." But she says she doesn't miss it. Her incredibly detailed and warped sensibility often offended the subjects she drew. "I've gotten like death threats, and I was called a 'cunt' like a thousand times."

(Below: A caricature oil painting of Michael Cera by Meekins): 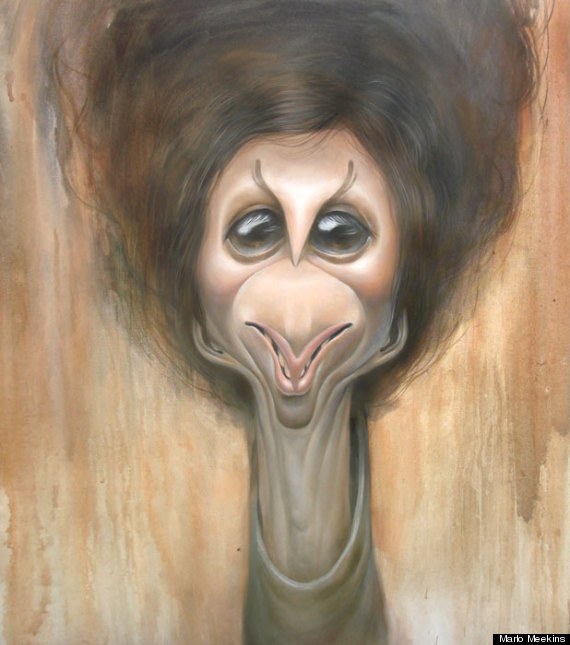 Meekins went to art school when she turned 18, attending Moore College of Art and Design in Philadelphia as well as the Rhode Island School of Design. She also maintained an affection for performance and has been doing improv since she was a teenager. She saw performance as "sacred" and "never wanted it to be a job."

Her animation skills eventually landed her a stint working on layout for "The Simpsons" in Los Angeles. When asked what the job entailed, she explained quite simply: "I drew shit." But after only two weeks, she quit to work for Spümcø, the animation production company behind the '90s cartoon "The Ren & Stimpy Show." While working there, she met her now-husband, who worked on "Ren & Stimpy." They decided to move to her husband's native country, the "really cold" land of Canada, a little bit outside Toronto.

Meekins describes the animation world as full of underpaid and overworked employees, and she has conflicted feelings about the field. "It's kind of awful, in my opinion. I mean I love it, I'm such a huge fan of drawing and cartoons, but, just as a comparison to Vine, to my experience with Vine, my experience working in animation is ... just watching my friends work so hard and hardly get any credit or recognition, you know ... and here I am making Vines and instantly everyone sees my face, and they instantly, like I get texts from my friends, 'Great job on that Vine.' You know, like the social part, and just getting approval right away, it's really nice, you know."

"Everyone wants to be loved, you know? Everybody, even animals and bugs and things." 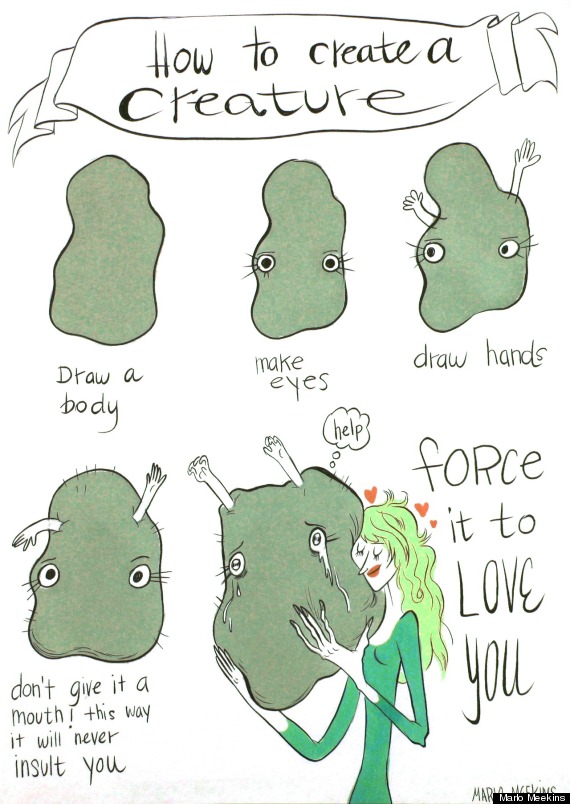 Meekins even modeled for a bit. "I was a contract model. A lot of people were asking me to model for their portfolios and stuff, and I started getting paid." She modeled for what she describes as some "how to knit" books. "One book that I'm on the cover of is called Knit. Sock. Love. And the cover is me and there's a bunch of pictures inside, and it's beautiful, it's like a picture book, it's really nice." 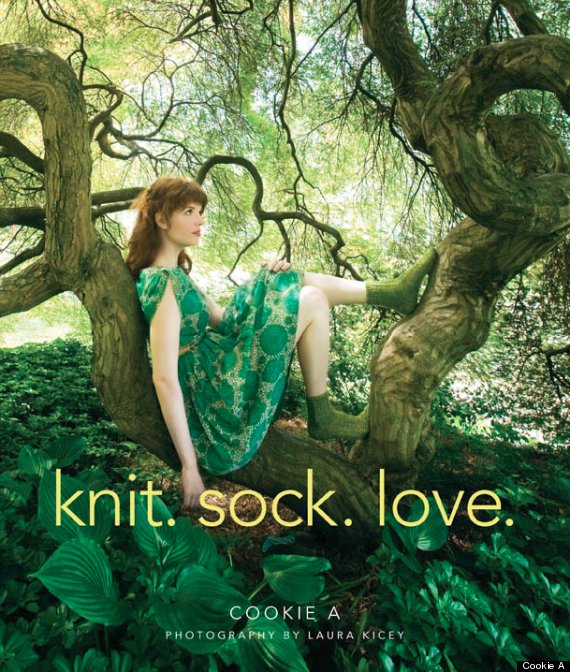 These days, Meekins and her husband are back in Los Angeles. "He got a really good job here and I've been doing like advertisements on my Vines and stuff, which, it's better for me to be here doing that kind of thing." Just a few days ago she created a Vine commissioned by Wendy's that she posted to her personal account and the fast-food company re-vined (the Vine equivalent of a retweet). She also made a Vine posted directly to the Wendy's account.

The Vine posted to Meekins' account starred one of her dogs, and included fake paws that she made herself using foam, wires and furry material. The paws are "fully-opposable," and she has big ideas for the future. "I wanna do like a middle-finger Vine. My dog giving the finger." 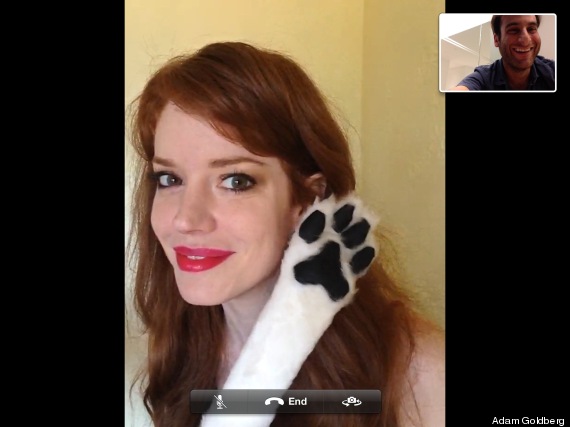 Meekins frequently collaborates in Los Angeles with other friends and popular Vine users (the two are often one and the same). Her feed is full of inter-video cameos and mutual re-vines. "I follow over 200 people and they're all amazing ... everyone is so different which is my favorite part." Meekins won't play favorites, and she has plenty of admiration for her creative peers. "There's a lot of talent on there."

There certainly is a lot of talent on Vine, and Meekins represents a new definition of celebrity in an age of always-present iPhones. But what makes her stand out is the broad scope of her creative canvas. Despite her wild success on Vine, it's only one of her many outlets. An insatiable artistic addiction can't be fed by Vine alone. 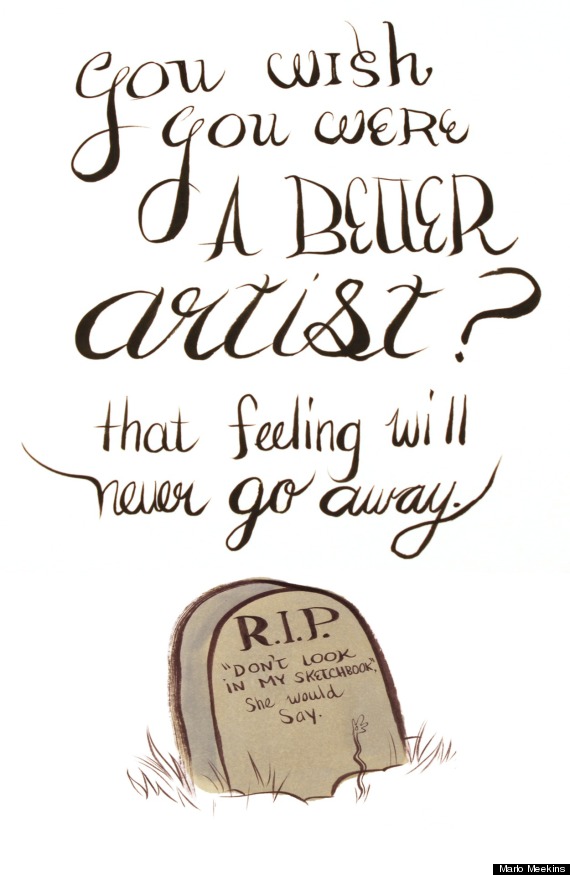 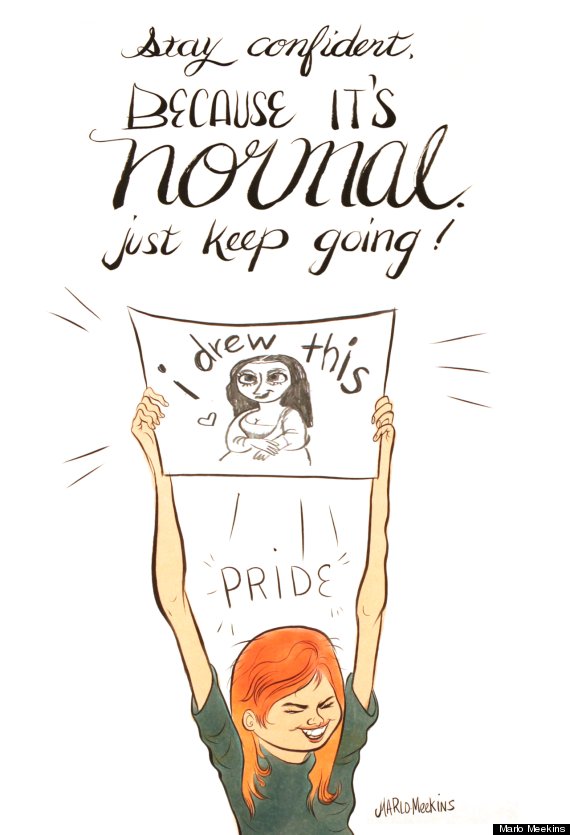 So what does Marlo Meekins want to be when she grows up?

And we're enjoying it.

To see more of Marlo Meekins' art, check out her work on Vine, Tumblr, Twitter and her blog.