Marlon Brando and Francis Ford Coppola had one of the rockiest on-set relationships documented in the annals of Hollywood gossip. Their feuds while filming 1979's "Apocalypse Now" became a ping-pong match of wits and power when the actor, who'd declined his Oscar for "The Godfather" in 1973, arrived overweight and underprepared for the role of the lean and vicious Colonel Kurtz. The episode becomes a point of interest in the new documentary "Listen to Me Marlon," which charts the star's steady rejection of fame's prying gaze in favor of reclusion.

"Listen to Me Marlon" director Stevan Riley thought it an important era to include because he felt the way the conflicts have been portrayed, particularly in the 1991 documentary "Hearts of Darkness: A Filmmaker's Apocalypse," hasn't given Brando a proper chance to respond. (The actor did not submit to an interview for "Hearts of Darkness.") Riley didn't reach out to Coppola while making his movie, instead relying on Brando's own reflections, which stem from homemade audio recordings and other footage released by his estate.

"I’m not sure I agree with the 'Hearts of Darkness' interpretation," Riley told The Huffington Post. "It’s a bit inconsistent, because you’ve got Coppola basically at his wit’s end and on the verge of a meltdown because he didn’t have a script. Everyone was off their face, and they’re in a war zone. It was a mess."

Calling "Apocalypse Now" a "mess" may be an understatement. A typhoon destroyed the Vietnam War film's set, delaying production by six weeks and skyrocketing the budget by $2 million. The shower-averse Dennis Hopper required an ounce of cocaine for the shoot's duration, Sam Bottoms was high on LSD and speed throughout much of it, and the often-inebriated Martin Sheen suffered a near-fatal heart attack. When Brando arrived, he weighed a reported 300 pounds, was incapable of memorizing his lines, hadn't read Joseph Conrad's Heart of Darkness, on which the film was based, insisted on lengthy conferences to discuss the script and wanted nothing to do with the hard-partying Hopper. To accommodate the actor's corpulence, Coppola agreed to dress Brando in black, employ shadowy lighting and shoot mostly his face. "My film is not about Vietnam -- it is Vietnam," Coppola famously quipped at a press conference following the movie's 1979 Cannes Film Festival premiere.

Because Brando couldn't memorize lines, and because he held up shooting to powwow about the "awful" script, Coppola was forced to consider delaying the production once again. But when Life magazine labeled his project the "most expensive movie in history," that option no longer seemed viable.

"The next response is -- and Coppola asked the question -- well, what do you do in that situation?" Riley said. "Do you hold all of this? Do you send back the helicopters and break off the production so I can go back and rewrite for a few months, or do you do improv with the world’s greatest actor?"

Riley, who watched the outtakes from the improvised shoots while compiling "Listen to Me Marlon," argues that Coppola, whom he "idolizes," can't complain about the shoot going over schedule since Brando rewrote the movie for him. An audio recording in the documentary finds Brando discussing his contributions to the script, made after he finally read Heart of Darkness: "I told Francis, 'You're making an enormous error. This guy Kurtz, don't misuse him.' I rewrote the entire script and I have it all on tape. I have a tape of everything."

But the aforementioned Life article didn't paint so fair a picture. The 1979 story portrayed Brando as difficult, building on a reputation established by on-set demands and a failure to show up to shoot a flashback scene in "The Godfather Part II." Responding to the magazine piece, Brando is heard in the documentary saying, "Francis Coppola, he's a prick. A card-carrying prick. He's a c--k-sucker. How could he do that to me? I saved his f--king ass and he shows his appreciation by dumping on me."

Riley has a different take. "[The improvs were] Marlon Brando developing these thoughts on what he thought the character of Kurtz would be," the director said. "Marlon said, 'No, Kurtz should be the embodiment of evil and the logical expression of that.' He set out to basically, in his mind, justify genocide. That’s what he wanted to do, and make him terrifying in that way, so that he’d seem sane in his explanation of torture. And to get to the heart of darkness, which he thought was in the heart of us all."

Riley continued, "It was all this stuff that he was interested in, so it was another excuse for Brando to come in and hijack a script with what he liked. And if you watch the outtakes, it’s just the camera pointed at Brando until he runs out of steam. He’s talking in riddles and all this sort of thing. He shaved his own head. He wasn’t that overweight. When I pressed 'export' on that cut and those words from Marlon were there, I felt that it was his autobiography. I saw a letter to the effect where Coppola was apologizing for the Life magazine article about Brando, saying that it was taken out of context. But then I’d see it repeated elsewhere. It’s a tricky one. All I can be sure of is that Brando scripted that stuff, and the character is very different from the script."

Despite the production's travails, "Apocalypse Now" went on to earn eight Academy Award nominations, including Best Picture, Best Director and Best Adapted Screenplay -- but Brando's contributions to the latter element were never officially recognized. Brando's performance was snubbed, too, despite much acclaim. It's hard to know precisely what the experience did for Coppola and Brando's relationship, especially because the actor announced his retirement in 1980 and appeared in only a few more films up until his death in 2004. But thanks to "Listen to Me Marlon" and any listicle enumerating the most troubled film sets in history, the "Apocalypse Now" fracas lives on.

"Marlon would hate the idea of people chiming in to give their comments about his death," Coppola said in 2004. "All I'll say is that it makes me sad he's gone."

"Listen to Me Marlon" is now in limited release. It will air on Showtime later this year. Read more from our Q&A with Stevan Riley. 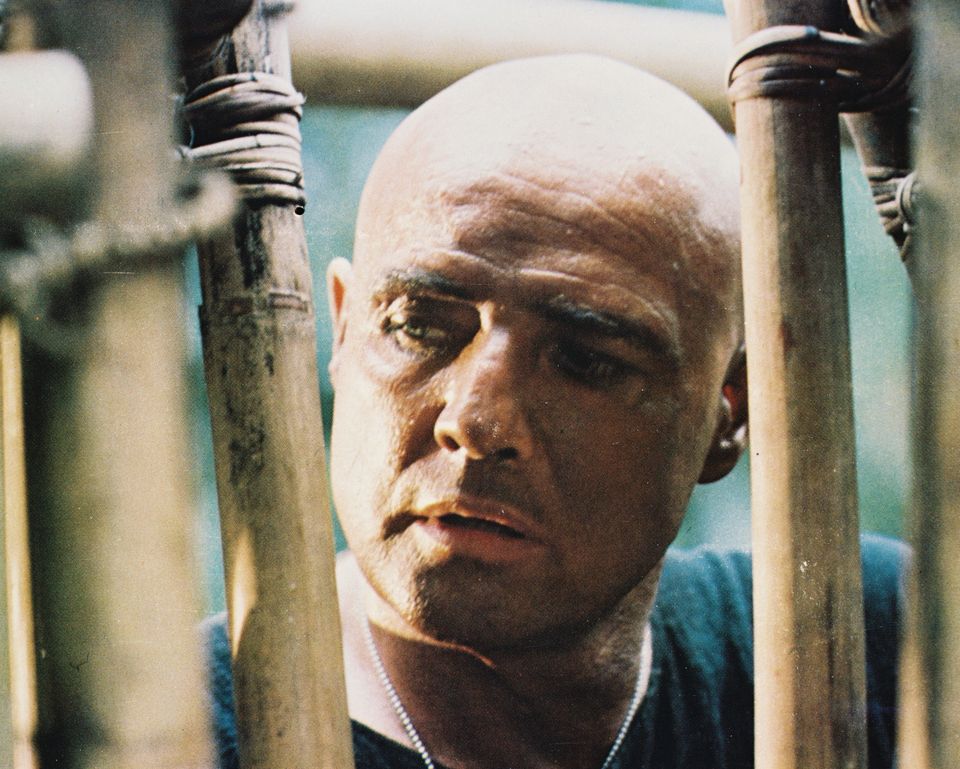