Therapists come clean on the fights that just about every loving couple has to confront -- and overcome -- before sailing into long-term romantic bliss.

By Valerie Ross and Leigh Newman

1. The 'You Spent How Much On Pork Sausages?!' Fight
"In all my years of practice," says Sharon Gilchrest O'Neill, author of A Short Guide to a Happy Marriage, "I have only ever seen two or three couples where both partners have viewed money exactly the same. When I come across a couple like that, I am totally shocked." The root of the conflict is sometimes the expected "He spends too much" (or "She spends too much") argument. But more often that not it's also the difference between what we admire and accept about our partners and what that approval costs without our knowledge. For example, a husband may have a commitment to locally sourced food. The wife may be in complete agreement -- because locally sourced food is good for the environment -- that is, until she sees the price tag on the teeny-tiny package of three measly pork sausages: $14! At which point she goes berserk. Another common version: A man adores his partner's goldeny, tawny-ish, honey-dazzled hair, only to realize, too late, that blond highlights cost $150, every three months.

2. The 'If I Lie Here With My Eyes Closed, Maybe He'll Think I'm Asleep' Fight, Or The 'He's Lying There With His Eyes Closed, Hoping I Think He's Asleep!' Fight
However hot things start out, there are times when the passion lags -- and one person in particular isn't happy about it. We tend to blame the issue on our all-consuming jobs, demanding kids or the pace of life in the 21st century. But -- surprise! -- that's probably not always the core of the dispute. Alexandra Solomon, a clinical psychologist and marriage therapist at The Family Institute at Northwestern University, says an overlooked issue is the passage of time. "How someone is sexually at 23 is going to be different at 33 and 43," she says. "Our sex drive is always changing, our interests are always changing and our bodies are always changing." In the early part of a relationship, a woman may initiate making love. Ten years later, she doesn't, and her husband may either lie there wishing she would start things up or do so himself. Learning how to work through this conflict early is crucial, "since you'll likely be renegotiating terms throughout a relationship."

3. The 'Tuesday At Your Mother's House?!' Fight
Be it Yom Kippur, Easter or Flag Day, most of us are prepared for disputes over which family (his or mine?) we're going to spend the holidays with. The less recognized issue is the rest of the year -- all those ordinary Sundays, Mondays, Tuesdays and other days of the year that one spouse plans on spending with his extended kin while the other spouse plans on spending in front of the TV or on the patio with her new barbeque.

Part of the reason why battles of those "everyday" days get heated is that often "we're forgetting that other additional family… our own," says O'Neill. In other words, while we deal with how much time we're going to spend with parents, siblings, grandparents, aunts, uncles and cousins, we may overlook carving out some of those Sundays or holidays for our own nuclear family.

4. The 'No Self-Respecting, Civilized Person Would Sleep That Way' Fight
So many people are getting married after they've taken care of their education or pursued that crazy, totally demanding job. The national average for men is 29, and for women, 27 -- six years older than 50 years ago. This may mean that each of you is wiser, smarter and more ready to deal with huge life challenges. But it also may mean that one of you likes using a top sheet… while the other thinks that's a waste of time and detergent, and prefers a fitted sheet with just a duvet. Or one of you loves to use bottled dressing… while the other insists on homemade gourmet oil and vinegar. Or one of you just plain refuses to use fabric softener! For no reason! So there! As Don Baucom, a marital therapist and clinical psychologist at the University of North Carolina, says, "Living with someone else can create difficulties. You've been going through life the way you've always done it, but now there are problems because you're faced with someone who's doing things in a way that's healthy for them, but it's not your way." As a couple, you have to decide if you're going to share household responsibilities (and swap methods) or divvy up the chores and just agree that however the job is done by the other person is… a job done.

It would be easy to think that this conflict is simply about weight -- and the sensitivities about diets that cloud the issue. But Benjamin Karney, co-director of UCLA's Relationship Institute, has a more revealing insight. "We all want to support our partners unconditionally, just as they are, and help them change to become the people they want to be," he says. There are plenty of ways to help without alienating your beloved. Take the above example. When a husband says, "I want to stop eating a bag of cookies before bed, and I want your help," the wife might say, "Great! I'm on board. What kind of help would work for you?" And then the husband might say, "Hmm… can we stop buying Oreos?" Or "Can you hide the Oreos?" Or "Can you tell me I'm handsome when I go to open a pack of Oreos?" All of which will make him feel more encouraged by your encouragement.

PHOTO GALLERY
They Dated?!
Voting Made Easy
Register to vote and apply for an absentee ballot today
Register now

Marriage Arguments: Fights All Couples Have To Have At Least Once
They Dated?! 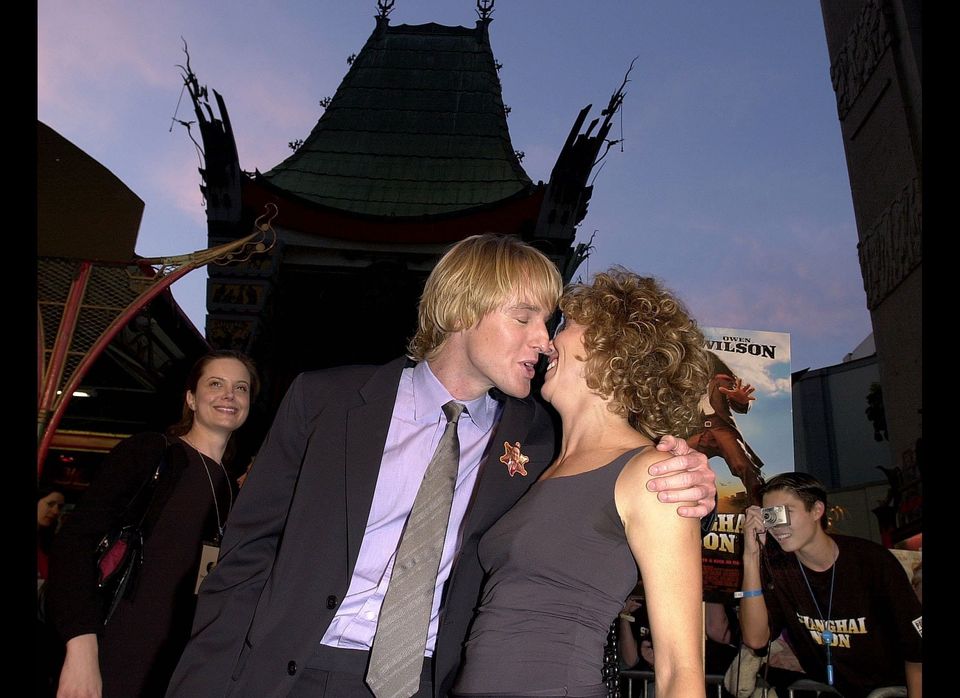