The recent Supreme Court ruling on same sex marriage makes it seem as if marriage equality has finally come to the U.S. But that is not actually accurate. The celebration is great step forward, but in truth, there's more work to do if we as a nation want to truly recognize and celebrate the diversity of love, relationships and family.

For example, polyamory. Polyamorous partners do not have the privilege of legal marriage. What's worse, many are closeted for fear of discrimination in housing, employment and child custody. Prominent organizations such as the National Coalition for Sexual Freedom (NCSF) have brought attention to how polyamorists and other ethically non-monogamous people are targets for discrimination in the same way that LGBTQ folks have been. See here.

The ironic thing is, there would be no big deal about a person who just happened to be sleeping with more than one lover. But call it polyamory -- in other words, a public, ethical stance about loving more than one partner with honesty and integrity -- and that seems intolerable to so many. Currently, polyamorous people do not have equal protection under the law, because anything other than monogamy is seen as a fringe/freakish/immoral lifestyle choice and not as a valid sexual or relationship orientation.

I interviewed author and poly advocate Dr. Anya Trahan about the Supreme Court Decision, and what she sees as the way forward for those who embrace ethical loving with multiple partners.

Question: Do you think polyamory is a sexual orientation? Is it a choice or is it inborn?

Trahan: One of the great things about being human is the ability to choose the language and the labels that best articulate our values. I have heard many polys say that their way of living is a sexual orientation. That is a totally valid label, and I support anyone who wishes to use it. And, it may even be that from a legal standpoint, embracing the label of sexual orientation to describe polyamory may help prevent discrimination in the future -- because it is already commonly understood that to discriminate based on one's sexual orientation is not only wrong, but illegal.

The way I personally think of polyamory is as a relationship orientation. In my work as a relationship coach, I have found that a surprising number of my clients consider themselves "partners" or "family" with those whom there is no sexual interaction. In other words, polyamory seems to be more about coming together for the purposes of co-creating a life together, a support system, based on mutually shared values and philosophies. Responsible sexual expression may be enjoyed, of course, but that is not necessarily a prerequisite to form loving, intense, committed connections.

Question: You are a public figure, an author and a spokesperson for polyamory. Have you suffered any negative consequences?

Trahan: When I first came out as poly back in 2012, I lost a number of close friends. Members of my biological family reacted with open hostility and judgment, resulting in a period of estrangement. Since my book about polyamory, Opening Love has been published this year, I have been fired from two jobs. I have no desire to bring this to the courts (legal battles are, for me, not a good use of my energy), although I know that I would have at least a small shot at winning a discrimination case, because one of the organizations stated openly in writing that the reason I was being fired was for being openly polyamorous. In theory, I could sue on the grounds of sexual discrimination.

Although my personal experience with getting fired was difficult indeed, what is really difficult is when it comes to family discrimination cases. My heart goes out to those involved in the numerous child custody cases that have happened in this country in the past few decades. In many of these cases, wealthy grandparents or an ex-spouse with a bone to pick will target the poly parent. Because the poly parent often lacks the sufficient resources needed to fight an expensive legal battle, and also because family courts are poorly educated on polyamory, most cases result in the poly parent losing custody. To the best of my knowledge, there has only been one state, Pennsylvania, who has set any precedent for protecting poly parents in custody cases. 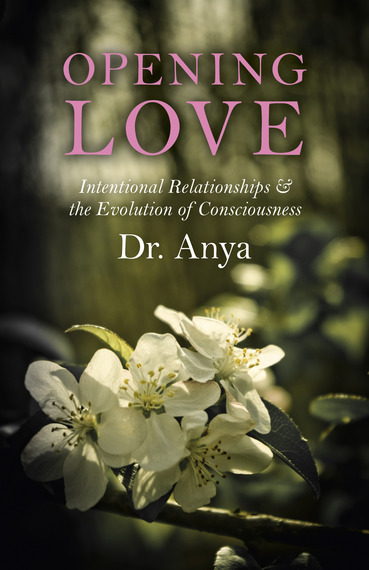 Question: The polyamory movement questions the idea that a romantic, intimate and/or sexual partnership should be between only two people. What is your definition of marriage?

Trahan: A marriage is an intimate union. It is a deep connection. It is a promise to love and respect. This union is a beautiful expression of care, of the highest ideals for building a supportive community. Such a union need not be based upon the gender or number of people involved.

Some poly advocates rally for marriage rights. Others suggest that the current legal framework for marriage should be dissolved altogether and what should take its place is a contract system, whereby many rights that currently accrue to marriage would automatically accrue to all citizens, and those citizens would then be able to design their own families of choice by legal contracts.

I am not a legal expert, and I do not know what the next steps should be, in terms of the marriage issue. But I do know this: As long as human beings are living in the sort of cultural paradigm that includes laws and legal codes that enforce certain ways of behaving, I think it makes sense to offer legal protection against harassment and discrimination for consenting adults who choose to create partnerships and families of more than two adults. This protection would include not just polyamorous relationships but also lesbian mothers and their sperm donor, gay fathers and their surrogate, polygamy (one male, multiple females), polygyny (one female, multiple males), and other versions of loving relationships. There are so many ways to enjoy intimacy, connection and support between consenting adults, and the freedom of choice must not be denied us. "Relationship orientation" needs to be a protected category under the law, too.

Question: In your view, how might legalizing polyamorous marriage improve society?

Trahan: The family is the basic blueprint for humanity as a whole. What happens in the internal family is reflected in the larger external world. What appears possible or impossible for the family is, likewise, reflected in that external world. I think if we can offer additional options to people, such as polyamory, people will feel a sense of empowerment to express their potential in ways that will bring great joy and a relief of suffering.

Polyamory provides more flexibility in terms of the kind of care that can be offered. Multiple adults coming together to pool money, information, resources, wisdom, affection and time can be a deeply supportive way of life. The efficiency of polyamorous families is often much higher than in monogamous ones. Children can benefit from having additional adults around to pitch in; indeed, the stress, strain and tension so common in nuclear families can be lessened.

What many traditionalists don't realize is that from a global and historical perspective, the concept of the two-parent nuclear family in an isolated residence is rather new. And, although this at first appears counterintuitive, one big advantage that a poly family has over a monogamous one is stability -- because, with more than two adults, if an individual adult member decides to leave, the family will persist in more or less the same form. If, for example, you have four parents living under the same roof and one leaves, it is not quite the same catastrophic situation as when divorce happens between two monogamous parents. If that one partner departs, then the three remaining parents will continue their parenting duties and the children will probably not have to relocate or undergo harrowing child custody situations. There are so many benefits of raising children in the poly lovestyle, which have been well documented by researcher Elisabeth Sheff

(See Elisabeth Sheff and her book).

In our society, there is a very narrow view of what "family" is, and as a result, groups of loving people who want to live together often run into legal trouble due to zoning laws that protect outmoded concepts of economic scarcity and the supposed superiority of the nuclear family model. (See here

Question: What support is available for people who have lost their jobs or who face child custody crises as a result of polyamory discrimination?

Trahan: Contact Loving More, the nation's leading advocacy organization for polyamory and relationship choice. Also contact The National Coalition for Sexual Freedom (NCSF). After I was fired as a result of being openly poly, these two organizations were invaluable to me, providing me with honest advice, legal facts, as well as much-needed emotional support.

Dr. Anya Trahan is the author of Opening Love: Intentional Relationships & the Evolution of Consciousness. She offers relationship coaching sessions via phone or Skype. Learn more at DrAnya.net

Tim Ward is the author of Indestructible You: Building a Self that Can't be Broken