When your marriage ends, it's natural to seek a convenient scapegoat -- namely your spouse or that slightly flirty co-worker you never trusted. Assigning responsibility can help you make sense of life during this confusing, overwhelming time.

But ultimately, relationships aren't that simple. Many factors affect whether or not a couple survives the challenges of marriage. And many of those factors were determined long before you tied the knot. Here are eight signs your marriage was never going to last:

1. You had financial disagreements early on.

If you start arguing about money on the honeymoon, you're probably not going to live happily ever after, according to a Kansas State University study. The researchers found that arguments about money early on in a relationship correlated with marital dissatisfaction years down the road, and that money was the "top predictor for divorce." Interestingly, this was true across income and wealth levels.

2. You got married fast.

A study from Emory University found that the rate of divorce is inversely associated with length a couple has dated before marriage. A couple who dates for three years is 39 percent less likely to get divorced than a couple who dated for less than one year.

3. You have very different drinking habits.

A study from the University of Buffalo found that couples are more likely to divorce if one spouse is a heavy drinker. Interesting, that's not true of couples in which both spouses drink heavily. This suggests that it's the difference in habits, more than the alcohol itself, that causes the problem.

4. You or your partner really wanted a prenup.

Did you spend as much time thinking about your prenup as you did about your honeymoon? It probably didn't bode well for the marriage. As W. Bradford Wilcox explains in the New York Times, financial generously between spouses is a strong indicator of marital satisfaction, and the desire to sign a prenup is typically a self-interested act.

Wilcox also notes that married couples who pool resources are happier and more stable. Indeed, the National Center for Family and Marriage Research found that couples who don't share bank accounts are 145 percent more likely to end up divorced.

5. You had a blowout wedding.

6. Somebody in your network of friends and family divorced. 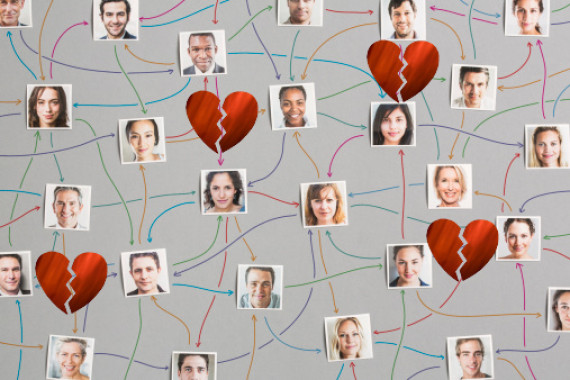 A study published in the "Social Forces" Journal found that divorce can work like a social contagion, spreading amongst friends and families. If someone is divorced in your network -- like a friend or neighbor -- your statistical liklihood of ending up in Splitsville apparently increases by 75 percent. It gets worse: The researchers write, "Individuals who get divorced may influence not only their friends, but also their friends’ friends as the propensity to divorce spreads."

7. You have a sizable age gap.

8. You were young when you tied the knot.

Research from The National Marriage Project confirms what many suspect: couples who marry in their late teens and early twenties are more likely to divorce than those who tie the knot later in life.

20 Horror Movie Titles That Describe The End Of Your Marriage