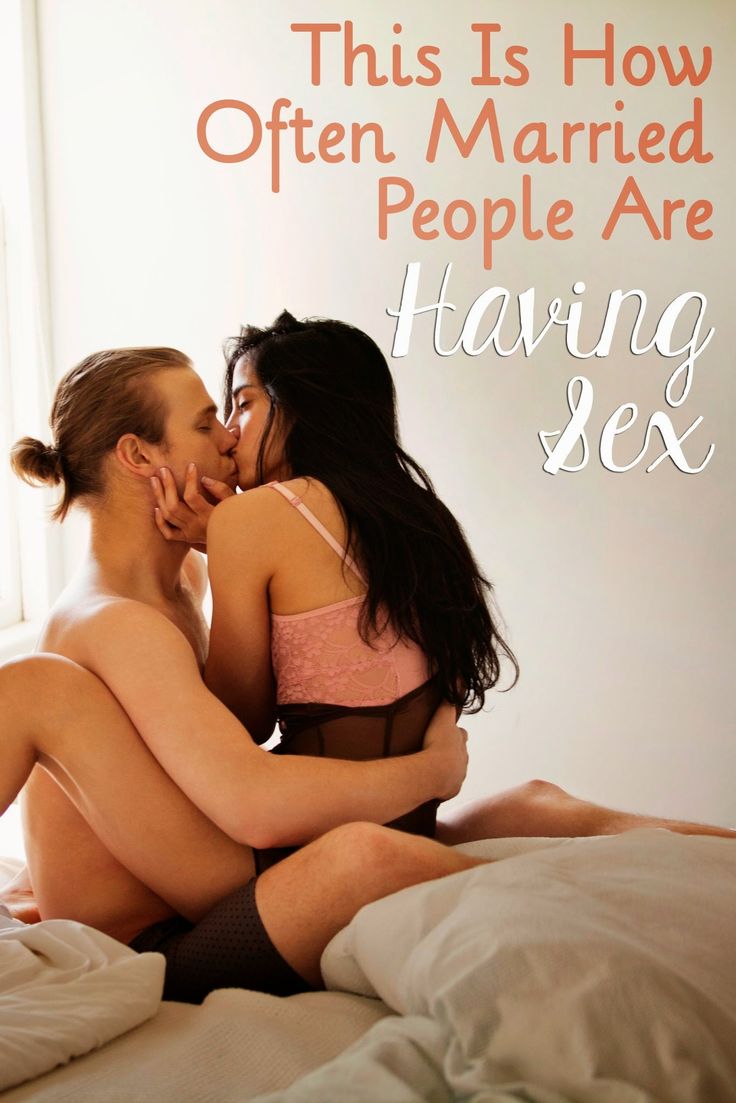 It's often thought that when you tie the knot, your sex life all but dies.

From hectic work schedules to kids' demands, roadblocks to doing the deed can seem endless. You may find yourself wondering, "Is our sex life normal?" We're here to tell you that there is no normal -- sex is different for every couple.

Don’t believe us? Here’s a Reddit thread that asked married folks to weigh in on how often they have sex. We separated the answers into three categories, based on how long the couples have been married. Some of the answers may surprise you:

2. "My husband and I have been married almost three years and have a baby. We have sex twice a week on average, sometimes more. It is really not a big deal to us though. The sex is AMAZING and just gets better, but we are so happy together it is just a very small part of our relationship."

3. "Married a year and a half, together 5. We have sex from 3 times a week to daily. You'd think after 5 years it'd get boring, but we communicate our wants and needs and that not only leads to fantastic sex but also strengthens our marriage."

5. "Married 1 and 1/2 years. 1 - 2 [times] every other week. We work opposite schedules and have had very, very busy weekends. We are both sad about it, but deeply love each other. Zero kids."

8. "Oldish. Married 15 years. On average we have sex three times a week, but sometimes it's every day. What's more important is we talk and cuddle every day."

9. "Together for 14 years, been married for 11 years, four kids. When things are not closed for maintenance about five times a week."

11. "Late 30s. Married 15. Five kids. Our quota is four times a week. Although 'quota' sounds weird, we joke around about it and it's a way for us to remember that although we're busy with life, we still need to have some romantic time with each other to stay sane."