Remember that jelly doughnut-shaped rock that mysteriously "appeared" in front of the Mars Opportunity rover? It's no longer a mystery.

Researchers responsible for operating the rover figured out that the Mars "doughnut" rock was flicked into view by the rover itself. 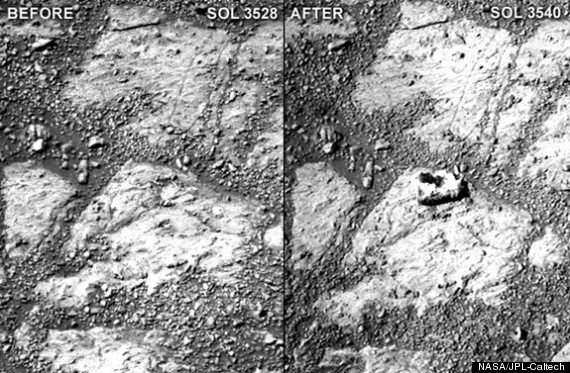 In a statement released by the Planetary Science Institute, the team explained that they confirmed the cause by using image analysis to narrow down the time frame between when the rock was nowhere to be seen and when it was first spotted. Instead of the 12-day interval that was reported, researchers determined that the rock -- dubbed "Pinnacle Island" -- came into view between sol 3536 and 3540. (A sol is a Martian day.)

From there, they were able to retrace the rover's movements to determine the origin of the rock in panoramic images.

"Once we moved Opportunity a short distance away after inspecting Pinnacle Island, we could see directly uphill an overturned rock that has the same unusual appearance," Opportunity deputy principal investigator Ray Arvidson of Washington University in St. Louis said in the statement. "We drove over it. We can see the track. That's where Pinnacle Island came from." 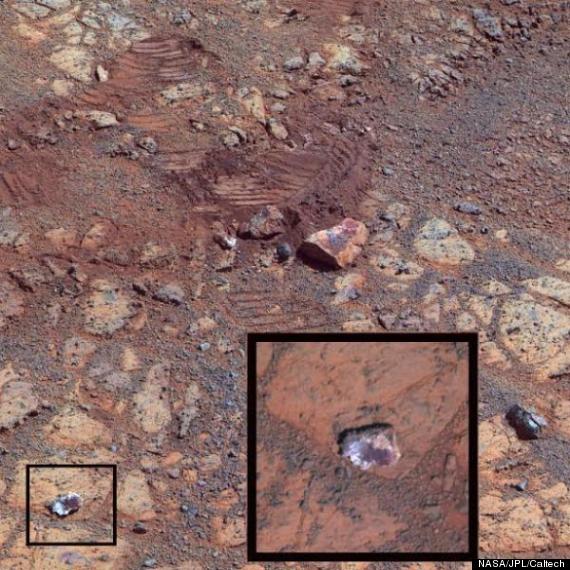 NASA Mars Exploration Rover lead scientist Steve Squyres was the first to announce the discovery of the mysterious rock at an event in mid-January.

"It was a total surprise, we were like 'wait a second, that wasn’t there before, it can't be right. Oh my god! It wasn't there before!' We were absolutely startled," he told Discovery News at the time.

While rover researchers worked to solve the riddle behind the Mars rock, some questioned whether NASA was sharing all the information -- or even failing to investigate alien life. One astrobiologist sued NASA to compel the space agency to take a closer look at the object, which he called a "mushroom-like fungus."