Another day, another "creature" on Mars.

Eagle-eyed UFO enthusiasts recently announced they've spotted yet another "animal" on the red planet. On Nov. 6, the UFO Sightings Daily blog declared that NASA's Curiosity rover had taken what appears to be a photograph of a Martian iguana: 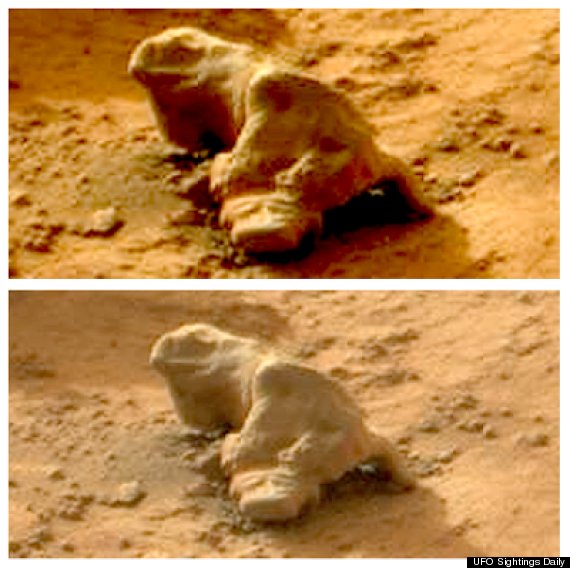 The Martian "iguana." The top image has been digitally enhanced to highlight the features of the "creature," according to UFO Sightings Daily blog.

"To say it's just a rock would be very closed minded to the evidence at hand," Scott C. Waring, the blog's founder, noted of the curious image taken in January. "[N]ot only does it have a body, but look closely and you will see its lower neck skin, its mouth line, nostril hole and even an open eye with a large brow over it." 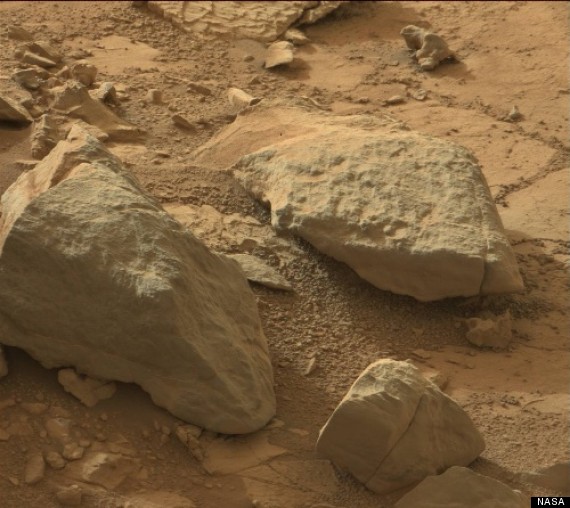 This image of Mars' surface was captured by the Curiosity rover on Jan. 10.

It's not the first time an "animal" was spotted on Mars. Earlier this year, the blog featured a Curiosity rover image of a rodent-like "creature."

"[A]ctually there have been about 10-15 [sightings] to date," UFO Sightings Daily coordinator Scott C. Warring told Canadian news site agoracosmopolitan.com. "I even found a rock that moved four times in four photos... then vanished on the fifth."

Though there's currently no evidence these "extraterrestrial animals" are anything more than strangely shaped rocks, experts say there may have been life on ancient Mars. Earlier this year, NASA announced that a rock sample collected by the Curiosity rover contained elements necessary for supporting life.