NASA's Curiosity rover has photographed a pyramid on Mars--at least that's what some paranormal enthusiasts seem to think.

A new YouTube video from Paranormal Crucible maintains that a photo snapped by the rover's Mastcam camera on May 7, 2015 shows a pyramid of "near perfect design and shape" and that the object is likely "the result of intelligent design and certainly not a trick of light and shadow."

Not surprisingly, NASA's explanation for the object in the photo is somewhat simpler. 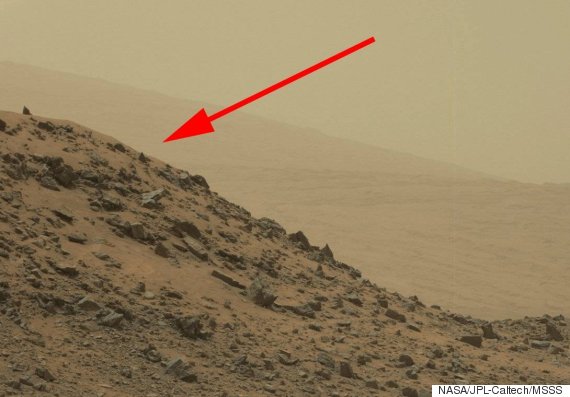 As for the size of the rock, Bell said an analysis by the Mastcam team suggests that it's only about four inches tall, or the height of an 8-ounce soda can.

Bell, who termed the photo "fun to look at...but not particularly Earth-shattering," seems to have been trying hard not to offend anyone who believed the pyramid story.

That wasn't the case with other skeptics, as evidenced by this tweet:

Ouch. And this isn't the first time claims about strange objects on Mars have been shot down. In recent months people have spotted everything from a skull and a thighbone to an iguana.

As for little green men, no sightings reported--yet.