Yes, according to a theory from one determined man in Japan who recently scoured dozens of NASA photos taken by the space agency's Mars Curiosity rover. A post on UFO Sightings Daily shows the "Mars rat," which appears to be a creature with legs and a tail among rocks on the planet.

As the blog notes, the figure "seems to resemble a rodent but also may be a lizard."

The alleged Mars rat should not be confused with a similar sighting first pointed out in December: An image taken by the Curiosity rover at the "Rocknest" site in September shows a rodent-like figure that most closely resembles a squirrel. However, as UFO Sightings Daily notes, that observation may have been staged by NASA as part of an experiment.

While this most recent rodent sighting may be yet another NASA test (or the result of a few perfectly placed rocks), it's most likely not a living creature. After all, this is something NASA would make an announcement about, right?

Earlier this year, the agency revealed that the Curiosity rover uncovered signs that life may have once existed on Mars. NASA scientists cited a rock sample the rover analyzed in February that contained elements necessary for supporting life.

Check out the original NASA photo and the UFO Sightings Daily version that points to the "Mars rat" below, and let us know what you think. 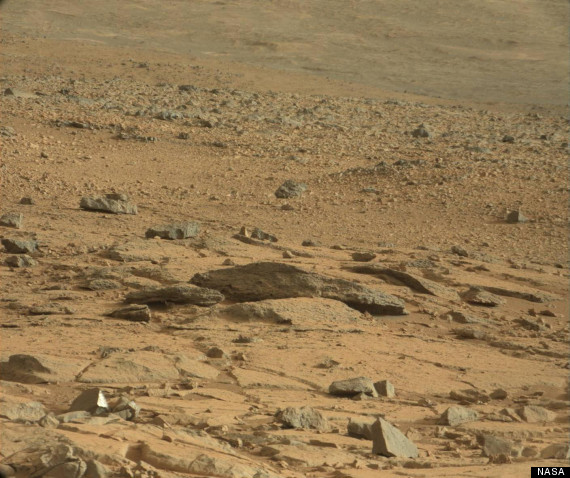 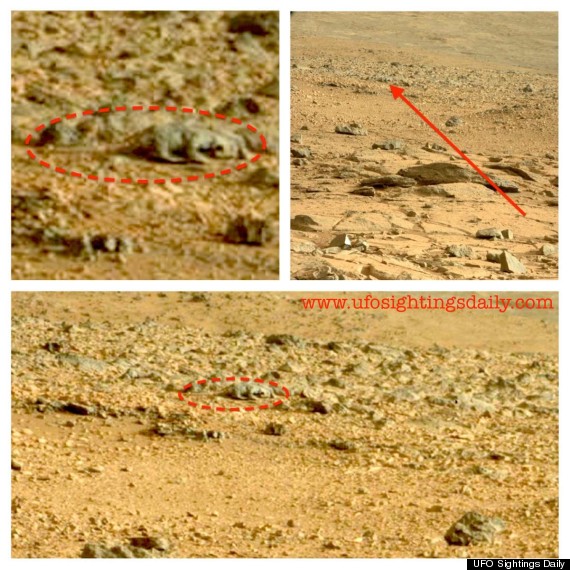