No, these stunning images (below) aren't photos of Mars. They're renderings of the Red Planet created by Dutch artist Kees Veenenbos. They depict the Red Planet from the perspective of a satellite in close orbit, capturing dusty canyons and sunrises over Olympus Mons.

Veenenbos, whose first love was topography, created the spectacular renderings using data from NASA's Mars Orbiter Laser Altimeter, an instrument aboard the space agency's Mars Global Surveyor that mapped the planet from 1997-2006.

Veenenbos told The Huffington Post that his renderings attracted the attention of NASA, which subsequently used them in presentations to scientists tasked with picking landing sites for the Spirit and Opportunity rovers.

To create these images, Veenenbos ran elevation data through a computer program called Terragen, versions of which have been used to create neat topographical simulations like Drain the Oceans.

Veenenbos told HuffPost that he took on the Mars renderings as a challenge, adding that he feels inspired when he looks at them. He hopes that others feel the same.

As a result of budget cuts stemming from the sequester, NASA recently suspended its public education and outreach programs -- including video and multimedia products. In the wake of the cuts, Veenenbos' images are a powerful reminder of how science can capture -- and recapture -- the popular imagination. 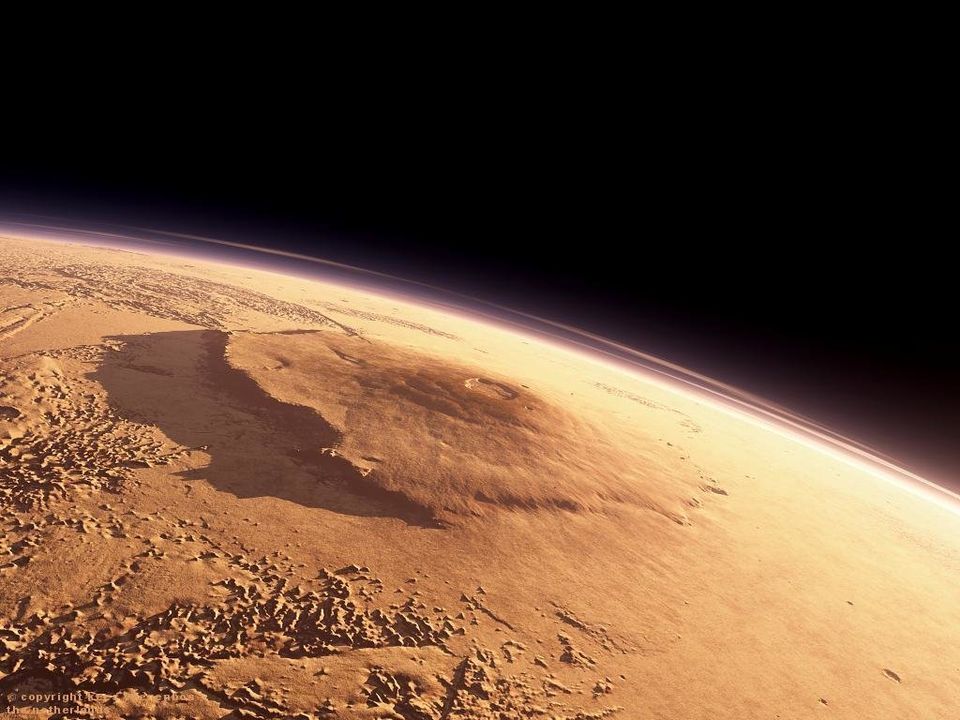