Is your little one already planning a trip to Mars?

A new project on Kickstarter could be the first step in getting him or her there someday.

The upcoming book, “Mars Rover Rescue,” is a little bit like a G-rated version of “The Martian” ― and while it’s aimed at little kids, it’s full of real science on what it would take to live and work on the Red Planet.

The project’s creator, aerospace engineer Andrew Rader, said the book is aimed at kids between the ages of 1 and 6 years old and written in rhyme, and he hopes it will help inspire future scientists and engineers.

“The generation who are kids today will be the first of our species to venture out into the solar system and live on other worlds,” Rader said via email. “Our goal is to help stimulate that process from an early age, while generally producing exciting and educational science-based books of the kind that enthralled us when we were young.”

The book is a sequel to “Epic Space Adventure.” Both are illustrated by Galen Frazer, and feature the rapping “giraffestronaut” from his “Space Rap” animated video.

In this new adventure, the giraffe is joined by a team of lovable animal pals as they work together to rescue a Mars rover.

Rader said they’re hoping to turn the series into cartoon next, sort of a “Star Trek” aimed at children.

“My goal in life is to help get our species permanently established beyond our planet, and that depends upon encouraging the support of people of all ages, and also motivating young people to pursue scientific and engineering careers,” he said.

“Mars Rescue Rover” is available on Kickstarter through Wednesday night, where it’s already fully funded and will ship in time for Christmas. Rader says the book will also be available via Amazon.

PHOTO GALLERY
Inside A House Meant For Mars 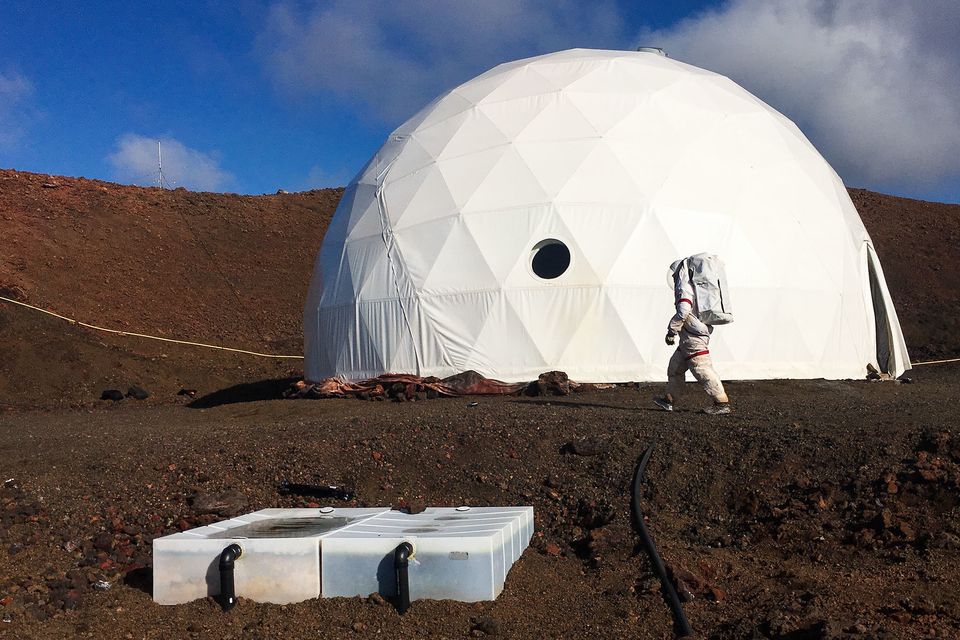 1 / 9
No Place Like Dome
Your home away from home is a large dome, from which you will not exit without a space suit.
PHOTOGRAPH BY NADIA DRAKE