This week, NASA released a photograph of sand dunes on Mars taken by HiRISE, the most powerful camera ever sent into space. On first glance, the picture appears to show dark trees growing out of reddish sand dunes on the planet's surface-- in fact, it's showing a landslide of debris as ice melts in Mars's spring.

There is a vast region of sand dunes at high northern latitudes on Mars. In the winter, a layer of carbon dioxide ice covers the dunes, and in the spring as the sun warms the ice it evaporates. This is a very active process, and sand dislodged from the crests of the dunes cascades down, forming dark streaks... Falling material has kicked up a small cloud of dust. The color of the ice surrounding adjacent streaks of material suggests that dust has settled on the ice at the bottom after similar events.

PHOTOS of Martian sand dunes below. 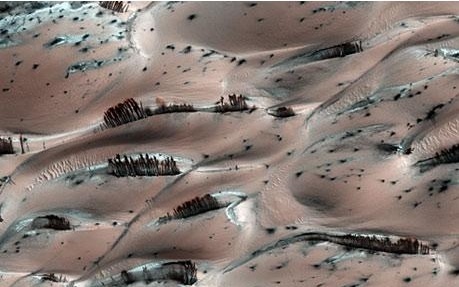 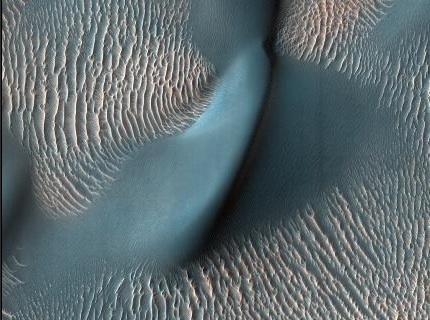