MARSEILLE, France, Feb 9 (Reuters) - Gunmen fired on a police car in Marseille on Monday in what local officials said was a drug-related incident, just hours before a visit by Prime Minister Manuel Valls to hail a drop in crime in France's second city.

Residents of the La Castellane neighborhood on the north side of the city, home to some 7,000, were told to stay indoors. A creche was evacuated as troops from the GIPN special forces unit were sent into the sealed-off estate, a police source said.

"There were shots fired in the direction of a police vehicle coming from hooded individuals armed with Kalashnikovs," local police chief Pierre-Marie Bourniquel told Reuters

Bourniquel later confirmed it was his vehicle that had been targeted. He had gone to the scene after residents called to report they had seen armed men in the area. Bullets were embedded in a bank above his car, he said.

Police seized seven Kalashnikovs and around 20 kilograms of drugs, according to Interior Minister Bernard Cazeneuve, who was accompanying Valls. Finger prints and DNA traces were also found which could help lead to arrests, he added.

Caroline Pozmentier, deputy mayor of Marseille, said the authorities were "99.9 percent sure" the incident was related to drugs and score-settling, adding that she did not see a link with Valls' visit.

The prime minister said in a speech at the Marseille police headquarters that "the simple fact of wearing a uniform" now exposed officers to violence.

France has been on high alert following Islamist attacks in Paris last month that killed 17 people. Last week, two soldiers protecting a Jewish organization and radio station were wounded in a knife attack in the city of Nice.

"Violence, delinquency, trafficking are not inevitable," Valls said, adding that crime had dropped "significantly" in Marseille following special measures taken while he was interior minister.

Ten people died in incidents of score-settling last year, down from 18 in 2013, and 216 weapons were seized, he said.

Valls has deplored the failure of decades of French urban and social policy, which has led to what he called a social and ethnic "apartheid" across France. (Reporting by Francois Revilla and Jean-Francois Rosnoblet; Writing by Brian Love and James Regan; Editing by Larry King) 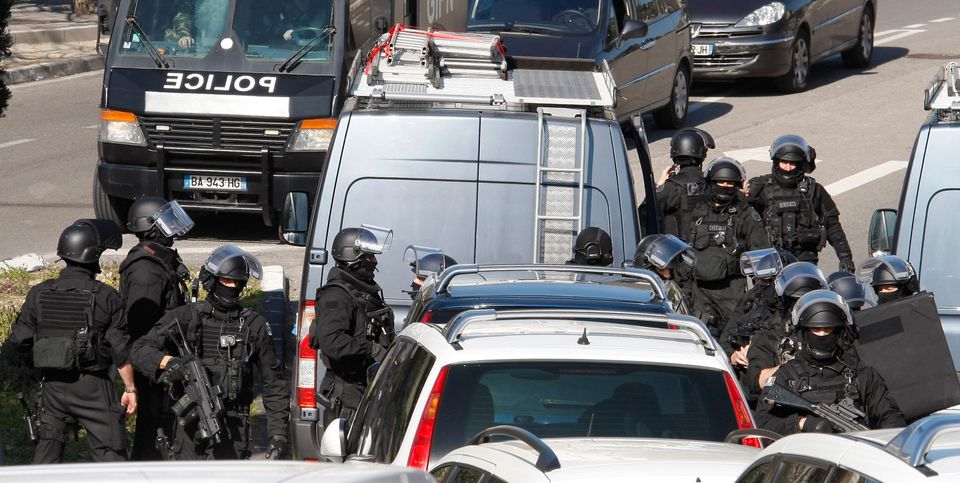