On June 5, 1947 America's greatest peace adventure got started with a speech by Secretary of State George C. Marshall. It was a commencement address at Harvard University. It set in motion a masterful plan to rebuild Europe from the ashes of World War II.

The Marshall Plan, as it was soon known, was grounded in the idea that humanitarianism is the road to peace. For as Marshall said in his June 5 speech, "Our policy is directed not against any country or doctrine but against hunger, poverty, desperation and chaos."

It is this Spirit of the Marshall Plan that should be well remembered by our leaders, for it can guide us through the stormy waters of today's international affairs. The Marshall Plan won the peace after the most devastating war in history.

Europe after World War II was living in desperate conditions. Cities and towns had been destroyed by the fighting. There were food shortages. Help from America had prevented hundreds of millions from starvation in 1946. But more danger was to follow.

Even after Marshall's speech, conditions in Europe went downhill in the summer of 1947. A major drought took place. Before the Marshall Plan aid could be enacted by Congress in 1948 there had to be emergency food aid for areas in need. The interim aid program, signed in 1947, did just that for Austria, Italy and France.

The American public also had its own little Marshall Plans in action during the fall of 1947. First was the Friendship Train that went across America picking up canned good donations to be shipped to Europe.

There was also the famous CARE packages which Americans bought many thousands of to feed the hungry overseas. In fact, at Thanksgiving and Christmas of 1947 Americans took in a "silent guest" at their holiday meals which led to a donation to buy CARE packages.

The end result was European children being fed meals at school and getting a chance at a future. Schools, businesses, factories and farms were rebuilt throughout Europe from this outpouring of aid which culminated in the Marshall Plan.

There is a historical photo showing bombed out houses in the Netherlands. There is also a photo of the same row of houses after Marshall Plan aid. They are all rebuilt and a child is riding a bike down that same street. That sums up the Marshall Plan in its rebuilding of communities and whole nations after World War II. 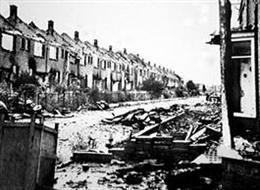 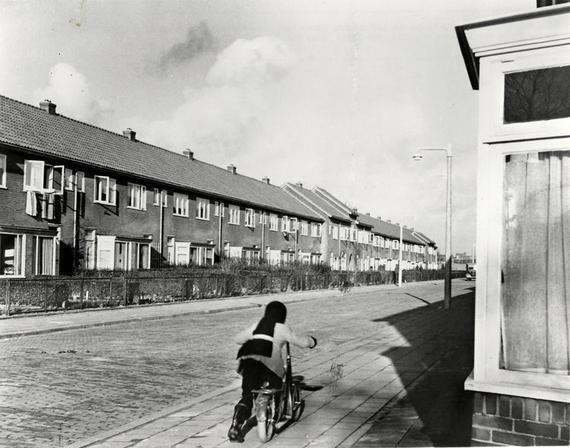 Marshall, the former Army Chief, knew full well the effects of war. He knew that humanitarian aid was necessary to build peace, establish freedom and prevent future wars. The recovery of Europe was essential during the Cold War to prevent Communism from taking over more nations.

Today, we also need to summon the Spirit of the Marshall Plan as we face huge international challenges. There are more people displaced by conflict and disasters today than any period since World War II.

In Iraq and Syria the terrorist group ISIS has taken over cities and towns. There are millions of Iraqi and Syrian civilians displaced and living in hunger and poverty. We need to help them and build a peace in these countries.

South Sudan and Yemen are two other countries lying on the brink of famine from conflict. We can't ignore the cries for help coming from the civilians of these nations. They are the ones that can move their nations toward peace, but not if they are starving to death.

The United States Food for Peace program, if Congress gives it enough support, can play a major role in helping support the innocent war victims abroad.

So as we head into the unknown of the future, let's reflect on a great achievement of the past. We have seen desperate times before and overcome them. The Marshall Plan is one of our great stories of peacemaking in action and one we will be wise to remember today.