It's yet to be seen whether the Seattle Seahawks will shower Marshawn Lynch in Skittles after Super Bowl XLIX, but in the meantime, the running back can enjoy this Skittles Pizza that was just created in his honor.

Andris Lagsdin of the company Baking Steel recently created two Super Bowl-themed pizzas: one based on New England Patriots tight end Rob Gronkowski's love of sausage, and the other made of frosting and Skittles for Lynch.

Lagsdin has a history of making uncommon pizza combinations such as this. Just last month, Lagsdin created a Champagne Pizza using a $150 bottle of Krug.

If you're unfamiliar with Lynch's obsession with the candy, let us take a moment to catch you up. In a 2012 interview with the Seahawks website, Lynch's mom explained why the player loves Skittles:

Perhaps unsurprisingly, Lagsdin told The Huffington Post that the Skittles Pizza tastes a bit like cake. After baking the crust, which was made from Jim Lahey's no-knead dough, Lagsdin said he coated the pie with Pillsbury Creamy Supreme vanilla flavored icing and stuck on the skittles. "It tasted like a kids birthday party on a plate," Lagsdin said. 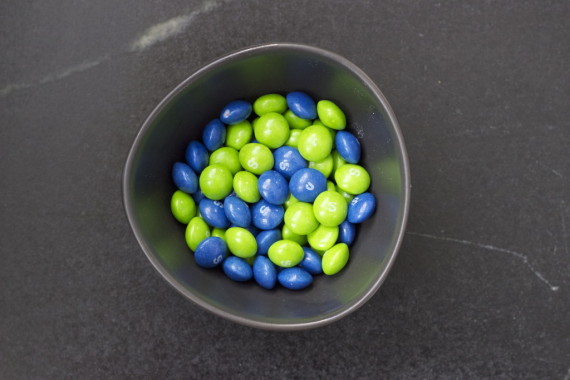 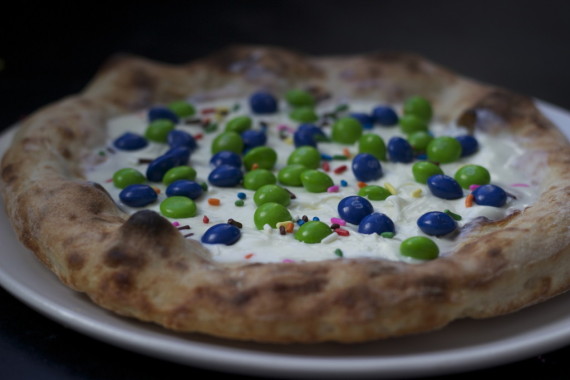