By the time the 25th anniversary edition of Subway Art was published in 2009, generations of graffiti and street artists had been influenced by Martha Cooper's photographs of New York City graffiti art on trains. Not an immediate success, the book she co-authored with Henry Chalfant eventually sold over half a million copies and became a holy book for fans, aspiring artists, and art historians worldwide. An inspiration to many graffiti and street artists today, her photos are the basis for the Martha Cooper: Remix show at Carmichael Gallery in Culver City and why she and Street Artist Aiko are wheat pasting 170 of her photographs on a wall at the MOCA Art in the Streets exhibition opening April 17th in Los Angeles. 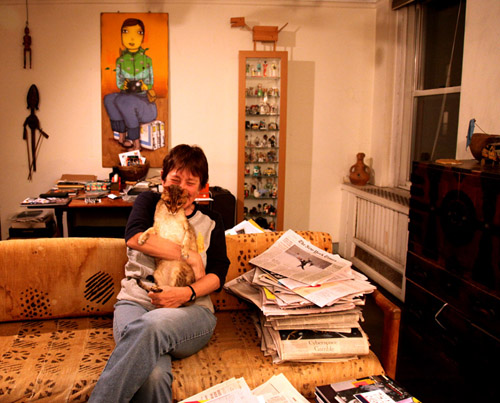 We had the honor of working with Martha to plan the Remix show and as we thought of her work and and the concept of a remix, it easily tapped into the span of her career; both the hip-hop analog DJ technique of vinyl sampling as well as the digital cut-and-paste practice of modern mashup artists who are running in the streets at the moment. While it is true that Ms. Cooper has captured a vast archive of history, it's the high regard she has earned and the relationships she has engendered that are the reason that many of the Remix pieces are so powerful. An ethnographer by training and one of the most important photographers of street and street art culture for the last four decades, Ms. Cooper remains amazingly approachable and outright enthused about her photographs and the people in them, as if she had snapped them just yesterday. And she's pleased to meet you. 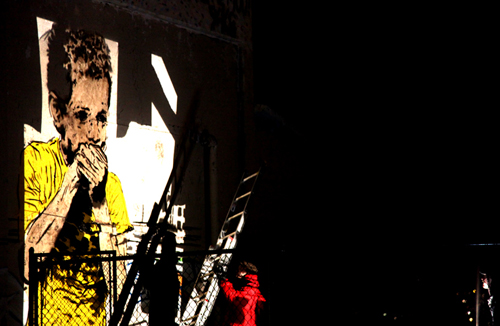 We talked together recently as two street artists, Chris Stain and Billy Mode, reprised a tribute mural to Martha on a bitterly cold and windy Brooklyn night to celebrate her birthday and mark the 50 artist Remix show, with the good humored boys blowing through cans on tops of shaking ladders, continuously working against the bluster for what Chris called "some xtreme painting". While taking a break to warm up inside, everybody had some chocolate birthday cake and Martha flipped through Subway Art with Chris and Billy, answering questions and relating stories about what it was like for her to capture graffiti on trains in New York in the 1970s and what it's like to see street artists like Chris Stain and Shepard Fairey interpreting her photographs today.

Brooklyn Street Art: Of course the city has changed a lot in the last 35 years, and you probably have also. Can you share some insight with us about what the city was like for young photographers at that time?Martha Cooper: I first came to NY in 1975 and for me the city was a place of opportunity. Although it was the center of publishing at the time, there weren't that many photographers. You could call up an editor and he (usually he) would pick up the phone. I loved roaming around neighborhoods looking for pictures. Graffiti was very much underground and few people even realized what kids were writing on walls and trains was their name. My fascination with graffiti and b-boying grew out of photographing the unknown, of being allowed entry into a world that most adults didn't know existed. The city was going bankrupt, very few security systems were in place, and both photographers and graffiti writers could get away with a lot. 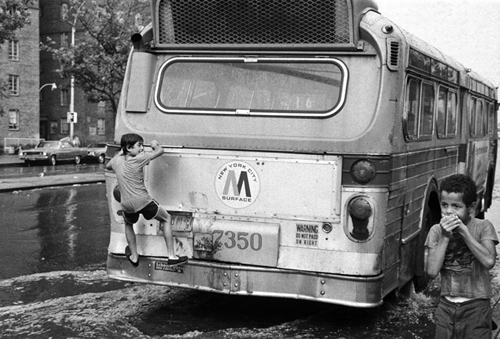 This original photo taken on Houston Street in NYC in 1978 from which Chris Stain borrowed the boy on the right. (photo courtesy of Ms. Cooper copyright Martha Cooper)

Brooklyn Street Art: You used to get up before dawn to catch a picture of a train, and sometimes wait 5 hours for the right shot. How did you pass the time when you had to wait for hours? Crossword puzzles?Martha Cooper: There was no down time. Trains were constantly going by in both directions. I had to stay alert watching for just the right painted car. All of the trains in my photos were moving. 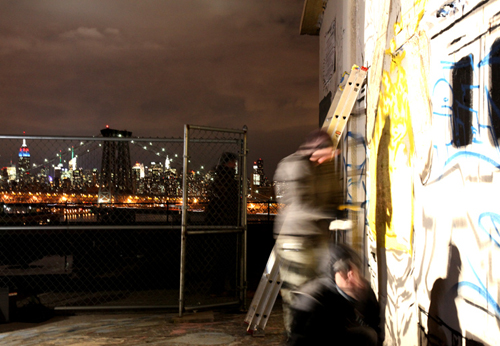 Chris Stain and Billy Mode on a Brooklyn rooftop with Manhattan in the background working on "Cries of the Ghetto", based in part on an image taken by Martha Cooper (photo copyright Jaime Rojo)

Brooklyn Street Art: So how did you get this idea for the theme for the show?Martha Cooper: From you! (laughs) Over the years I've seen a lot of people using my photographs, authorized and unauthorized. The Carmichaels had asked me to do a solo show. After considering a number of options, I thought about what we had done, what you had done in that blog post. We talked about how artists had used my work and I thought, 'Why don't I do that?' So that's how it happened.Brooklyn Street Art: Way before this show, street artists like Chris Stain and Shepard Fairey interpreted a number of your photographs in their work.Martha Cooper: Some photographers don't want their photos to be used as a basis for someone else's art but mostly I don't mind. Both Chris and Shepard asked permission and in both cases the collaboration has had unexpected positive results, one of which was connecting with BSA. 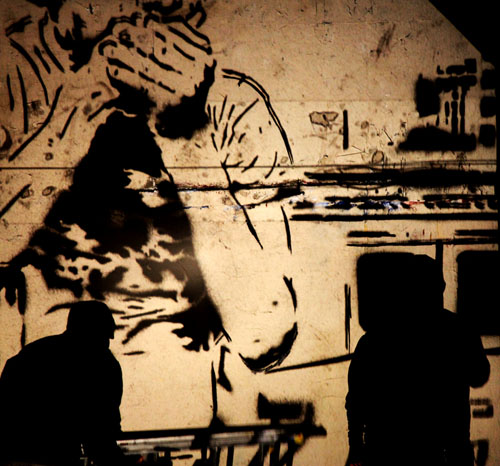 Brooklyn Street Art: And what have the responses been like so far?Martha Cooper: I got a lot of really heart-warming responses from people I've been in touch with over the years. A lot of old-school and new-school artists and that made me feel good.

Brooklyn Street Art: Was it surprising to see the response?Martha Cooper: I didn't know what kind of response I was going to get. It was a little scary to write to people. I decided right in the beginning that I was going to write personal notes to everybody. So you guys and I talked about it and we made a list. 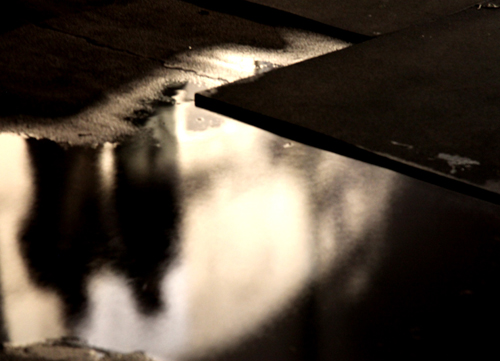 Brooklyn Street Art: Well, we tried to include old-school people you were very familiar with and a number of the new people that we were familiar with.Martha Cooper: Yes, many of whom I had met. As it turns out, Miami was really a hotbed of street artists for me in the two years I went down there to shoot at Wynwood during Art Basel. And I would not have known some of them had it not been for Basel, so I have to thank Tony Goldman for that. 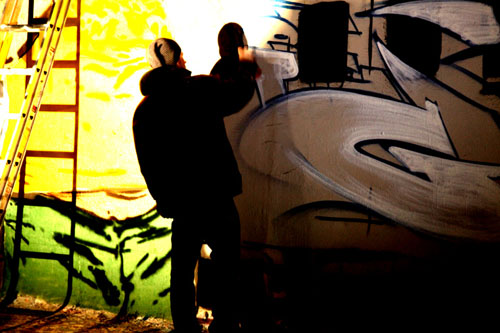 Brooklyn Street Art: We've worked with Chris Stain before and we've been talking to him about doing another wall together. When we told him about this show he said "Why don't I do a Martha piece?"Martha Cooper: I didn't know who Chris Stain was. He contacted me a couple of years ago by email and just said that he had done work using my photographs. And a little dialogue developed and I went over to his studio in Brooklyn and I met him and it all worked out. He had already seen my books - he doesn't take the exact picture, he takes parts of it.

Brooklyn Street Art: Yeah, he takes elements from your photographs and puts them in a different context. And that's okay with you, it doesn't offend you that he takes a portion of it?Martha Cooper: No! It flatters me. You know, just the idea that people are looking at these pictures and liking them enough to base their own art on them, to me is flattering. Maybe not to everybody, but to me, I like it. Especially if you asked permission and at least you are acknowledging that you are borrowing work from me. Then it is fine. 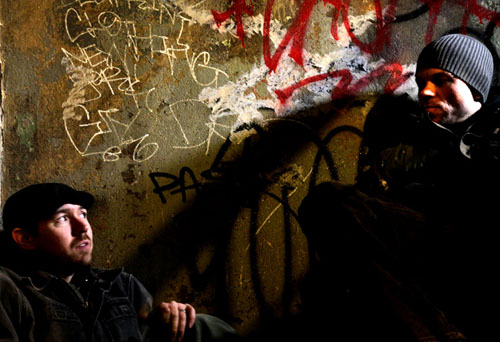 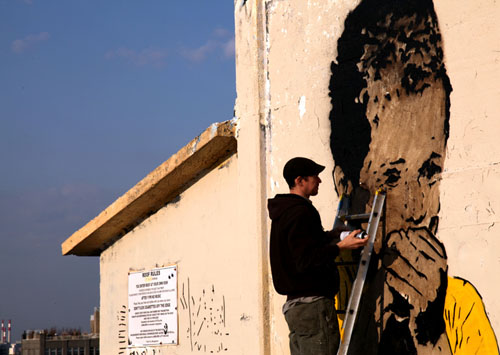 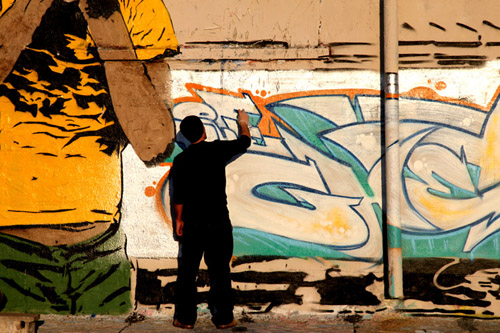 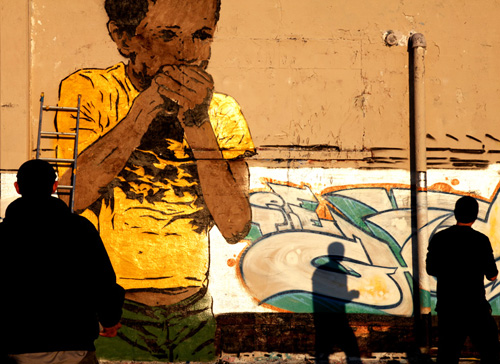 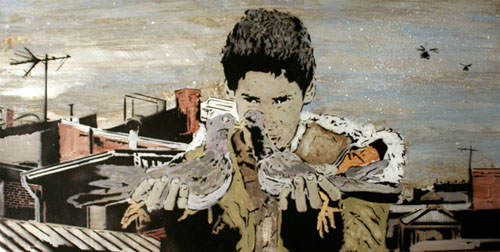 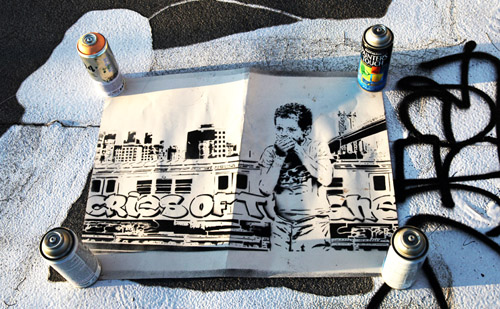 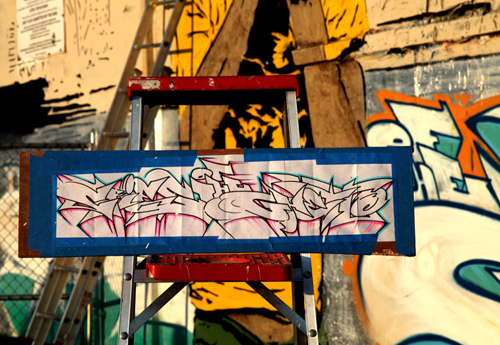 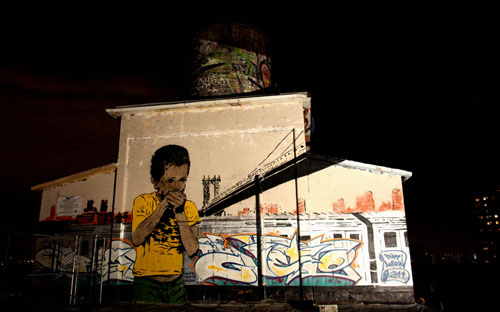 Brooklyn Street Art: Martha, your blog for 12oz Prophet is followed quite heavily. What is your favorite part about writing a blog?Martha Cooper: My favorite part is not the writing part! For me the best thing about blogging is that I get to make use of photos immediately instead of just archiving them for possible future use as I formerly did. 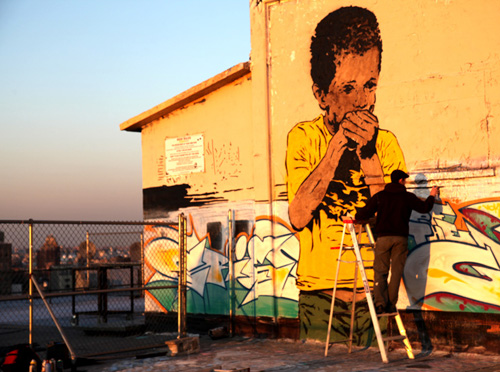 Brooklyn Street Art: Stickers are a really popular medium for expression on the street today and you point to Twist, Cost, and Revs as some of the first to use them. What makes stickers so interesting?Martha Cooper: Stickers are everywhere and yet they're invisible to the uninitiated. Keeping your eyes peeled for stickers turns a walk down any street into a treasure hunt. It's a fun way to navigate a city. 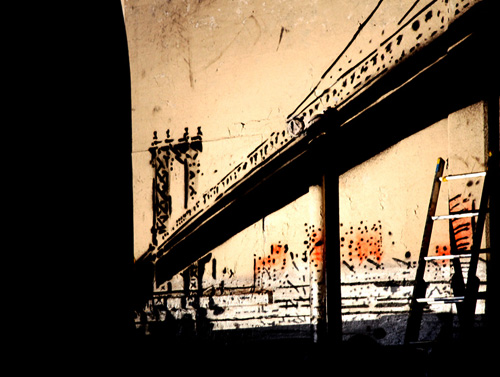 Brooklyn Street Art: After years of searching for perfect shots, what's the Holy Grail now?Martha Cooper: Now I'm more worried about archiving my photos than taking them. I have enough pictures to last several lifetimes but I need to be able to find and access them. 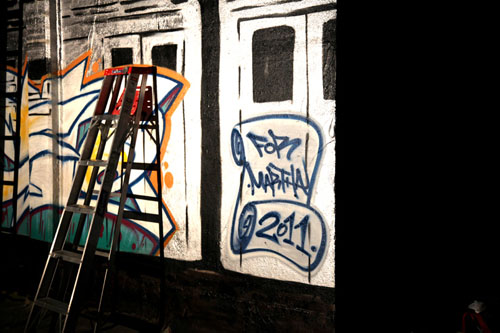 Brooklyn Street Art: Your photographs of New York City youth and their art inspired the art of the next generations. What do you think is your legacy as a photographer of this pivotal period?Martha Cooper: In the pre-digital era, culture was disseminated by newspapers, magazines and books. I was part of a small corps of mostly freelance photographers, filmmakers, and journalists who documented early hip hop. By paying attention to subjects that might have been overlooked by mainstream media, we helped start and spread the art, dance, and music movements, now called hip hop, worldwide. 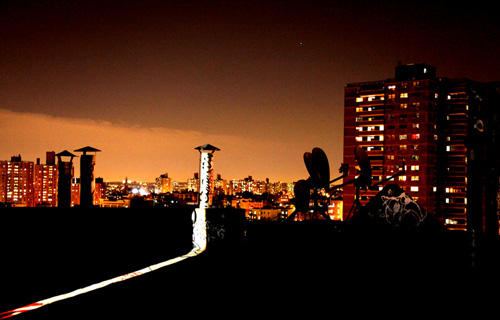 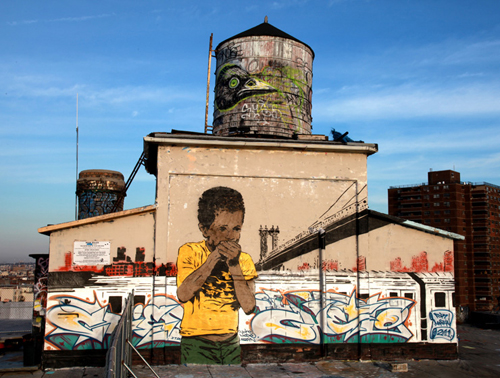 See examples of other artists interpreting Ms. Coopers work in this article on Brooklyn Street Art.