In 1960, dance critic Jill Johnston reviewed Martha Graham's season at the 5th Street Theatre. She likened the choreographer to "a kind of high priestess of the arts," her folkloric, fairytale description matching Graham's tireless effervescence and near surrealism. "She lived in a tower on top of the mountain where she practiced her art in solemn seclusion," Johnston fabled, and Graham was suddenly shrouded in mysticism and mystery.

Almost two decades earlier, when Graham was an already established artist but not yet an icon, ballet connoisseur Edwin Denby wrote less colorfully--but perhaps with even more vigor and immediacy--of her then-reputation: "Some of my friends are shocked by this genius of hers and they tell me she has no style, that she fascinates merely as heretics do, by her contrariness. But I keep being struck in all her work by its intellectual seriousness, its inventiveness, and its exact workmanship; and these are qualities I can't think of as heretical or contrary."

Today, Martha Graham is a legend among dancers, seen by many as the mother of contemporary movement in the United States. She is still "a kind of high priestess of the arts," her ghost haunting theaters around the world as artists perform not only Clytemnestra and Appalachian Spring but also late-20th and early-21st century works based in a technique, style, and "expressive idiom" founded by Graham on the advent of what we now consider modernity.

While her oeuvre is reproduced and replicated nearly everywhere these days, it appears in its most noble, authentic form on her own troupe. The Martha Graham Dance Company is celebrating its 89th season, and it is a force to be reckoned with. 17 dancers and four apprentices sway with suaveness, strength, passion, virtuosity--they would make Graham proud with their emotional intelligence.

Given the current state of the company, led by the stoic yet ethereal Janet Eilber, one would never guess the trials that have plagued the MGDC in the new millennium. Debt and a dispute over rights to the repertoire incited a two-year hiatus for the ensemble between 2000 and 2002, and Hurricane Sandy destroyed $4 million worth of costumes and sets in 2012. However, the artists are not only strong on stage, but also strong in constitution, and with Eilber's willful determination, they've emerged powerful and relevant from recent adversity.

Which brings them to their current season at the Joyce Theater in Chelsea, a glorified movie house bristling with history and that homey, nostalgic feel. The bill is dotted with Graham tributes, from Deep Song to Diversion of Angels. But perhaps more exciting are the new commissions, the millennial pieces that expand on Graham's originals to take dance one step further. After all, MGDC is a collection of 21st-century performers, and they require 21st-century choreography to showcase their full potential. 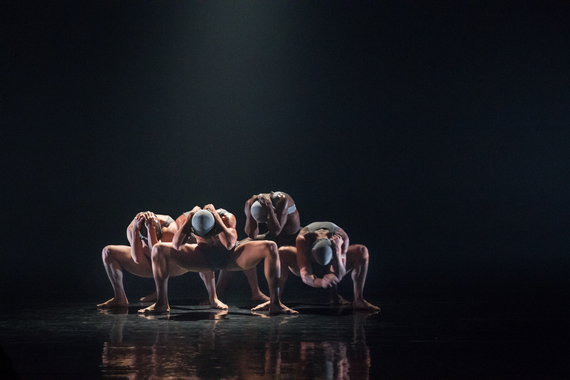 On Thursday evening, the program began with a film by Peter Arnell based in Graham technique, 2,000 still images looped together to make a visually compelling narrative. After its conclusion, Eilber gave her customary speech, citing angularity as the theme for the night. Aptly, Ying Xin then portrayed a whimsical Satyric Festival Song, her hips and arms shifting in the sorts of curves and shapes that were Graham's specialty. This was the appetizer, and Embattled Garden the restless wait between aperitif and entrée. 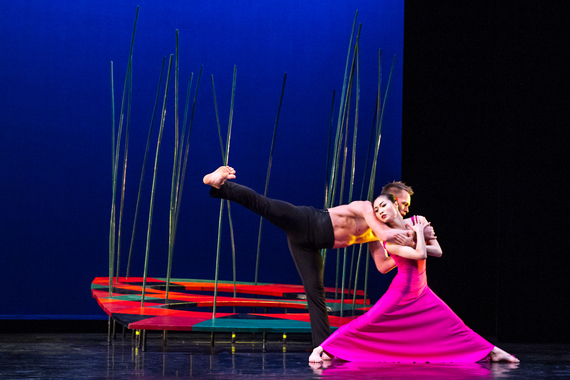 Finally, it was time for the main course. Lamentation Variations, an initiative begun in 2007 to commemorate the tragedy of 9/11 on its anniversary, has become one of the MGDC's defining projects. Originally, three choreographers were asked to create a repertoire based on Graham's famous solo, Lamentation, that was to last for less than four minutes and be crafted, from start to finish, in 10 hours of rehearsal. Choreographers couldn't come to the studio with preconceived notions--everything was to be spontaneous, manufactured in a fleeting window of time. After the tremendous success of the first three Variations 8 years ago, Eilber has commissioned more, all from up-and-comers in the dance world. This season, the four lucky contributors were Kyle Abraham, Liz Gerring, Sonya Tayeh, and Michelle Dorrance.

However, the Variations opened with Larry Keigwin's from 2007, and thankfully so, for it was the best. Simply constructed, the take-away was more psychological than physical, packed with intimate moments shared between members of the full company. In the end, as the dancers collapsed and crumbled, the impact was gut-wrenching, reminiscent of the overwhelming grief that defined the epoch just after 9/11.

Abraham's take was next and diverged seamlessly from his typical "incorporation of street dance and evocations of black urban life." XiaoChuan Xie and Ying Xi, sister-like, shared a personal, evocative duet that was special because of its delicacy. 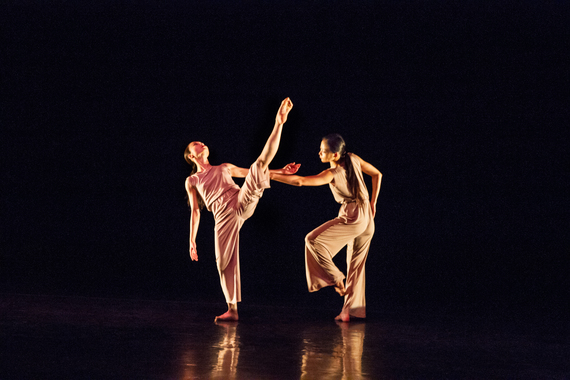 The Variations concluded with Sonya Tayeh's commission. As Tayeh tries to bridge the gap between television and theatrical choreography, she still leans on some of her tropes from So You Think You Can Dance. Her piece had little to do with Lamentation, except for the sense of breath behind Meredith Monk's score, though Tayeh said that her inspiration came from the loss of two close friends over the past year. The dancers are supposed to be exhausted even before the music starts, reaching for something extraordinary as their time on earth draws to a close. And so, of course, they ran and fell, tripping over their feet in sporty purple leotards that weren't remotely Graham-esque. Their overwhelming energy had less meaning than the mild and intentional lifting of a toe in Satyric Festival Song, which was okay. 180-degree à la seconde extensions are pretty, after all, and as long as the audience acknowledged that this was entertainment and not art, no harm done. 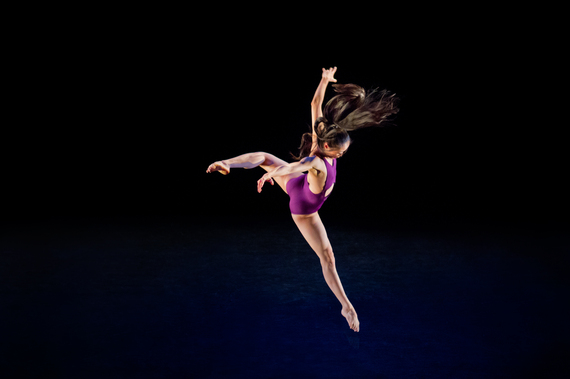 But it was Rust, Nacho Duato's 2013 work on torture, that left an indelible mark on its viewers. Five men dressed in grey violently kicked and climbed atop one another in a commentary on machismo, aggression, and political practice. With all its humanity and vulnerability, Rust was especially poignant given the U.S.' recent history with man-on-man slaughter, and as the incomparable Tadej Brdnik walked through the scatter of his fallen colleagues, a spotlight assaulting his public's eyesight, the moment was transcendental.

Program A ended with Chronicle, which was fine. Graham's acclaimed female corps and a valiant effort by PeiJu Chien-Pott were no reason for complaint. 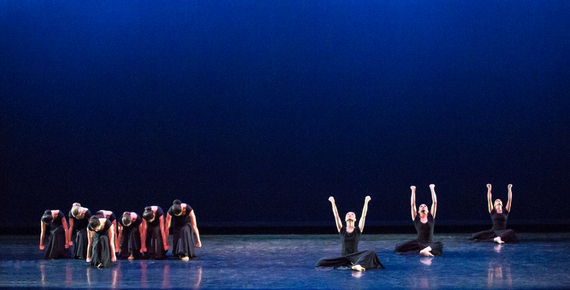 There is a debate as to whether a company dedicated to a choreographer should live on after its muse has passed. Merce Cunningham set a precedent by disbanding his ensemble after his death, and some are advocating that other troupes politely fold once their founders are gone or beyond their prime. Well, perhaps there is a case for that; after all, the New York City Ballet hasn't been the same since the death of George Balanchine, and who's seen anything noteworthy by Paul Taylor or Trisha Brown in the past few years? But in the case of the Martha Graham Dance Company, there is no suitable argument against its existence. The dancers are not stuck in a way of the past; they are current, meaningful, present. They are charged with luminosity and value, and they have indeed constructed a tower from their high priestess' building blocks.