Of course. Of course Martha Stewart -- model, housekeeping hero and comrade of Snoop Dogg -- has concocted the fanciest cracker flavor in the grocery store.

Triscuits have been around since 1901, but Stewart's made them very on trend and so 2015. Her toasted coconut and sea salt-flavored Triscuit hit shelves in early May and will stay there for a limited time.

Though Stewart has countless cracker recipes of her own, she told The Huffington Post her partnership with Triscuit was her first experience working with a mass marketed cracker manufacturer. "It was a long and interesting process," she said, and after a lot of trial and error, she settled on coconut and sea salt, a flavor combination she thought would be "habit forming." 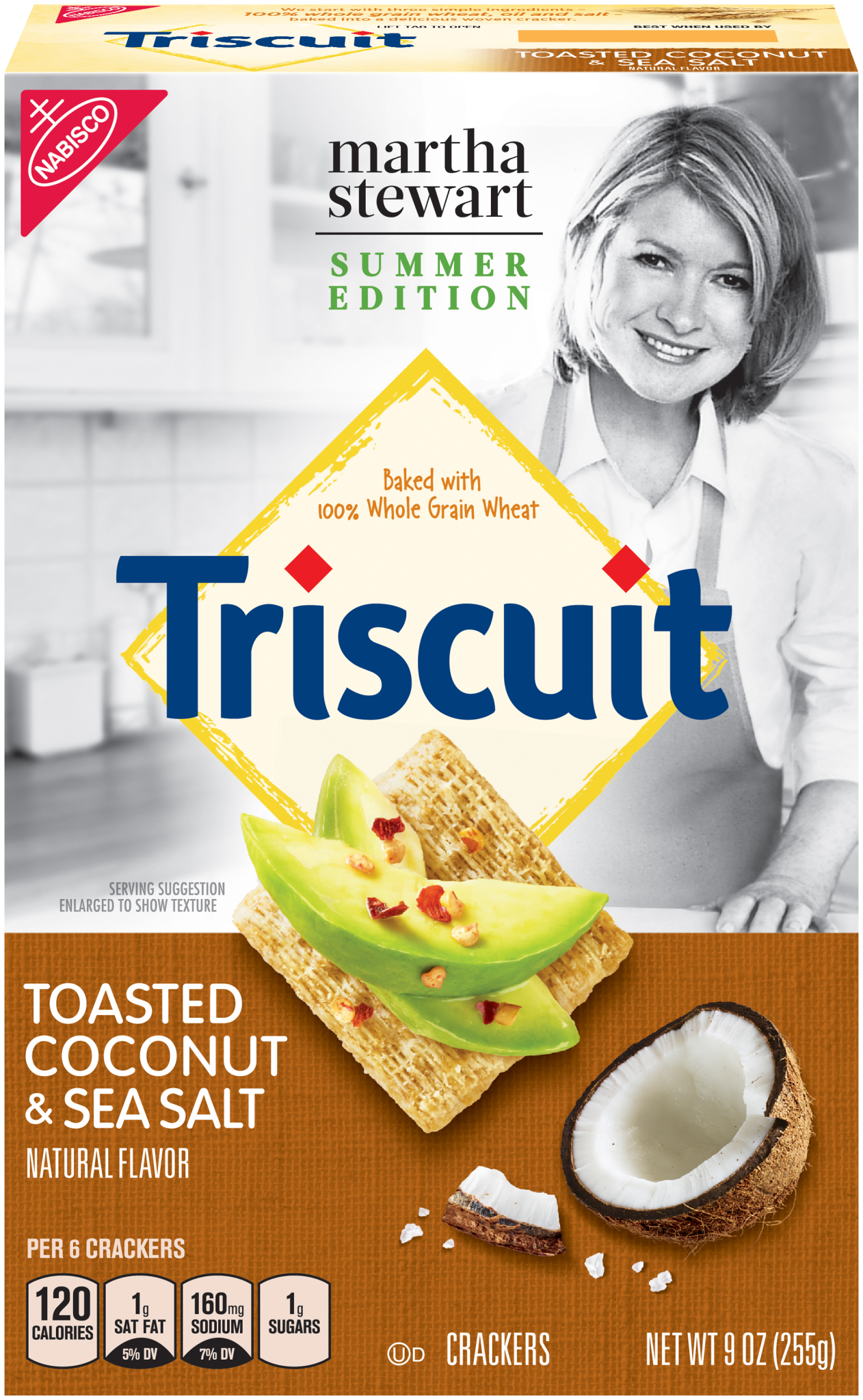 The 73-year-old lifestyle mogul describes the inventing process pretty plainly: "It was my idea. I like salt and I like coconut. ... I thought that was a flavor of cracker that would be savory and sweet." It certainly is. The cracker tastes like it was cooked in coconut oil and then salted; the sweet flavor isn't overpowering, nor does it have that "hint of sunscreen" taste that many coconut-flavored foods can't seem to shake.

Stewart said she likes to watch people try the cracker for the first time because, she said, they almost always go back for seconds. But she herself can defeat the crispy, salty addiction: She says she's not much of a snacker, and when she does feel a hunger pang she eats fruit. Still, she always keeps crackers in the house -- Triscuits, Ritz and Saltines are the three that stock her pantry -- because of the salt factor.

While it's totally acceptable to eat Triscuits straight from the box, Stewart has some cracker combos that take the snack up a notch. She said if she were serving the crackers at a party, she'd top them with crab meat and lime or avocado with hot peppers. 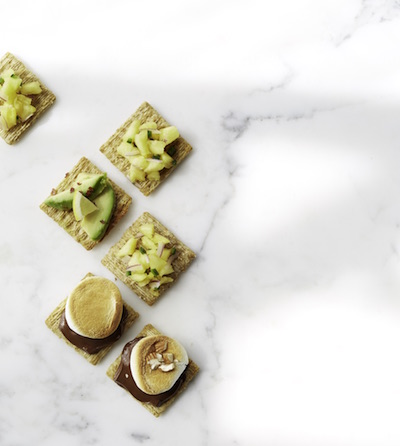 For a hot hors d'oeuvres, these salty-sweet crunchers pair well with melted cheese, or for the true bourgeoisie, a crab and truffle topping. For dessert, Stewart suggests melting milk chocolate on each square and adding a marshmallow. Now you have Martha Stewart-approved s'mores.

What could be more honorable than that?