What does sound look like? Martin Klimas provides a stunning hypothesis by making paint dance to the beat as he captures his splatter sculptures on camera. He carefully positions a transparent scrim on top of a speaker, and over that he puts globs of vibrant paint. Then he picks a song and turns it up. The vibrations from the speaker launch the paint into a frenzy that Klimas then snaps on film. His soundtracks range from Miles Davis to the Velvet Underground to Kraftwerk. He has been called a "3-D Jackson Pollock."

For the series, Klimas spent six months and about 1,000 shots to produce the final images from his studio in Dusseldorf, Germany. He cites Hans Jenny, the father of Cymatics, the study of sound waves and vibration, as a major influence of his works. The series used approximately 18.5 gallons of paint and blew two speakers, so don't try this at home.

Take a look at Klimas' sound sculptures below and let us know what you think in the comments section. 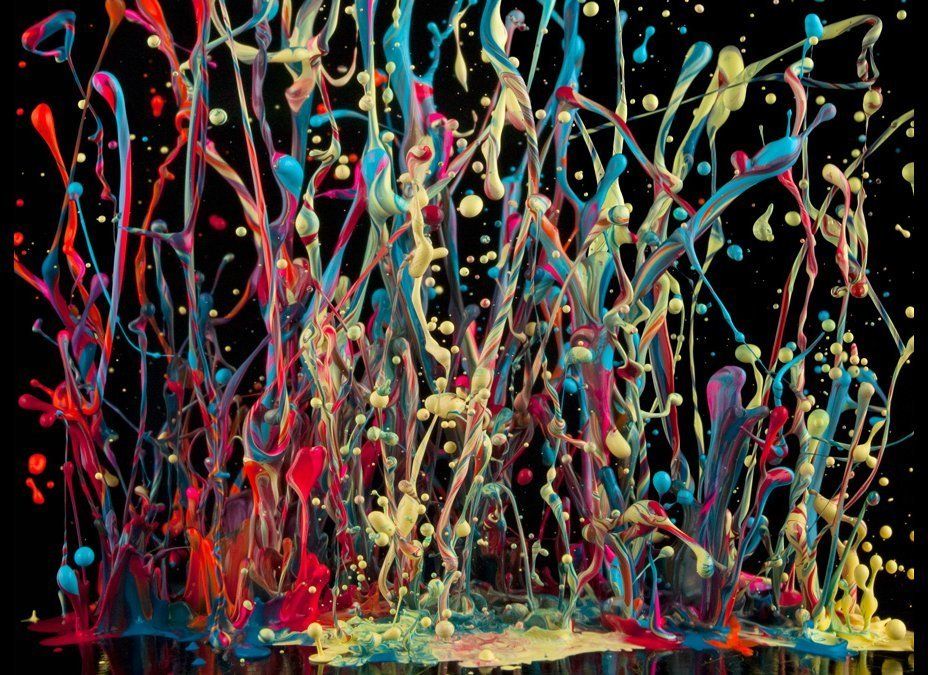