When the Rev. Raphael G. Warnock steps up to the pulpit on Sunday, he'll face a crowd of thousands in a worship service that marks no religious holiday and is rarely recognized outside the United States, but rivals Christmas and Easter as one of his congregation's biggest days of the year.

Martin Luther King Jr. Sunday has become a worship day across denominations in American churches, but at Atlanta's Ebenezer Baptist Church, where King honed his oratory and found his spiritual fervor, the day takes on additional importance.

As he fields guests and television cameras, Warnock will honor the past and thrust his congregation, which sits down the street from the site of King's first home and the original Ebenezer building where he preached, into the struggles of the present.

"We don't want to just place King in biblical or historical perspective, but we want to give voice to the values he trumpeted in relationship to the issues facing us today," said Warnock, who has been the senior pastor for six years. "We are not a museum."

Warnock's sermons are shaped by social issues he considers salient today: the disproportionate number of blacks and Latinos in prison, minority voter disenfranchisement, the disparity between the rich and the poor, and the prevalence of HIV/AIDS among black communities, to name a few.

When the voting rights of Hurricane Katrina evacuees were challenged in 2006, the church led a “freedom caravan” of citizens back to New Orleans to vote. When the state of Georgia controversially executed Troy Davis, the church was the backdrop to many of the marches and protests against punishing the man many presumed to be innocent of murder. Under his leadership, the Ebenezer has started a barbershop ministry, "Cutting Through Crisis," and Bible studies at the local car wash.

As the congregation punctuates its Sunday worship with spirituals and classic protest songs, Warnock says it's his hope to invigorate a "public witness" from those who attend these days. "'Steal Away to Jesus,' 'Joshua Fought the Battle of Jericho,' 'We Shall Overcome' -- those are not just about the past," he said.

"I am careful as a pastor to make sure the music and the worship and the preaching represents a spiritual consciousness that does not embrace a dichotomy between body and soul, between spiritual freedom and political and economic freedom," Warnock explained.

From his "I Have a Dream" speech and "Letter from a Birmingham Jail" to lesser-known declarations, King was an expert at melding his deep spirituality with what he saw as God's call for justice and equality. James Cone, an influential leader in the black liberation theology movement under whom Warnock studied at New York's Union Theological Seminary, has often cited King as one of his main influences.

"He never separated spirituality from the struggle for social change and transformation and it was at Ebenezer where that kind of spirituality was actually noted in Dr. King's life," said Lewis V. Baldwin, a professor at Vanderbilt University who studies the history of black churches. "He had this profound sense of being a part of a power that is much greater than the power he represented."

Growing up in Savannah, Ga., with 11 siblings and parents who were both Pentecostal ministers, Warnock said his "earliest examples of social consciousness were from the lips of my father," a junk man who was a self-taught preacher on Sundays. Inspired by King from a young age, Warnock attended the preacher's alma mater, Morehouse College. At Union, where he earned his Ph.D., Warnock focused his studies on King and the Rev. Dietrich Bonhoeffer, the German Lutheran pastor and theologian who was a leader in the Nazi resistance movement.

As a pastor, Warnock is not a stranger to black churches with strong backgrounds in social activism. At 42, he has served as associate minister of Birmingham’s Sixth Avenue Baptist Church, assistant pastor at Harlem’s Abyssinian Baptist Church and senior pastor of Baltimore’s Douglas Memorial Community Church. All rival Ebenezer in their storied traditions of activism on behalf of the downtrodden.

But at Ebenezer, often dubbed "America's Freedom Church," the spotlight shines brighter and more often on the such a legacy than it has elsewhere. One reason is that several of King's contemporaries still attend the church. In addition to his only living sibling, Christine King Farris, King's former secretary and current Rep. John Lewis (D-Ga.), the former chairman of the Student Nonviolent Coordinating Committee, attend the church.

To be sure, Ebenezer is more diverse than ever before when it comes to the parts of town its members come from and the age range and kinds of families found in the pews.

One of the relative newcomers is Precious Hall, a Ph.D. student in political science at Georgia State University. Originally from Baltimore, where she grew up in the Pentecostal Holiness Church congregation, Hall said she came across Ebenezer by chance. It was five years ago and she was touring the old Ebenezer building, a small Gothic Revival structure down the street from the current church, when she decided to give Sunday worship at Ebenezer a try.

"The messages caught me. They were about saying 'yes, come to church,' but also about realizing the work of the church is definitely not within the actual sanctuary itself," explained Hall, 27.

"It's a very different kind of worship than where I grew up, but the content of the message is the same: focusing and making sure you have a relationship with God and finding what you are meant to do," Hall said. "While we may not be worried about getting a seat at the restaurant down the street, there are issues of equality that still need to be addressed."

There has been controversy in recent years in black churches over their role in modern black communities, as well as friction between activism-centric places such as Ebenezer and newer churches with celebrity pastors that preach the prosperity gospel -- the idea that God will bless the devout with riches. But Warnock remains critical and confident about the future.

"The black church has always been a mixed bag. It's a custodian of some the most conservative and reactionary impulses in our community and it is the most militant voice of justice at the same time, depending on which preacher you talk to," he said. "Are we too quiet for me right now? Absolutely. Do we need to probe more deeply what it means to be the church of Martin Luther King? I say yes." 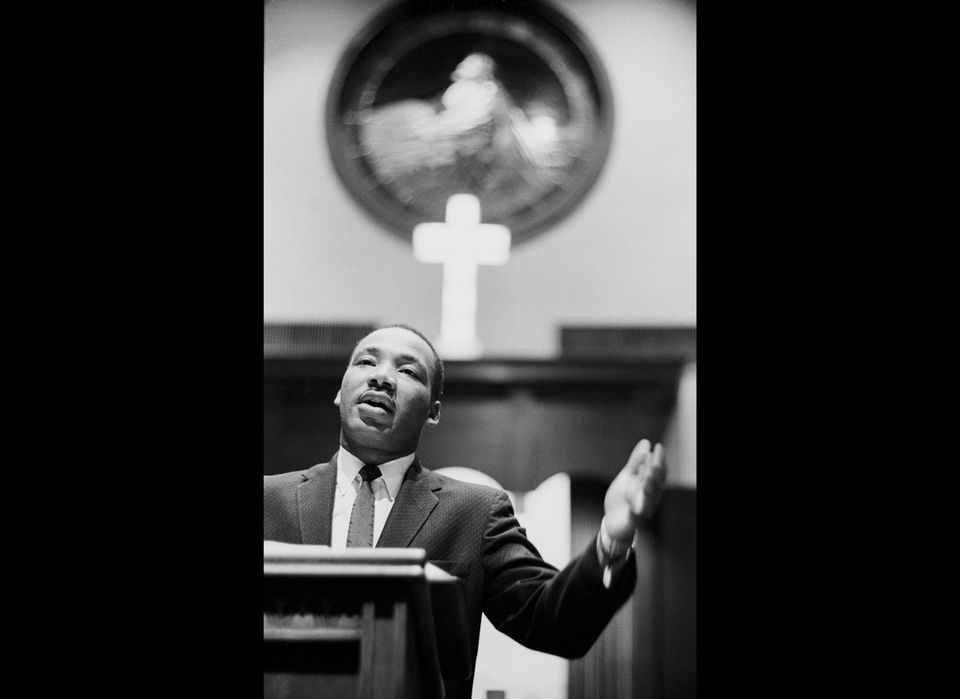