Two of Martin Luther King Jr.’s surviving children gave powerful sermons Tuesday from the pulpit their father stood at when he gave his final speech on April 3, 1968.

During the I AM 2018 event on Tuesday, Bernice King informed the audience at Mason Temple Church of God in Christ in Memphis, Tennessee, that she was going to go a bit off-script as the holy spirit moved her to invite her brother, Martin Luther King III, to stand next to her as she spoke. She said their brother Dexter King, though not physically present, was standing with them as well.

The youngest King child then went on to reveal that on the day he was assassinated, her father told his mother the title of his next address: “America May Go to Hell.”

“If you would permit me, I think as I look at the landscape of our world today, America may still go to hell,” Bernice King warned. “So 50 years later, I’m here to declare and decree not only must America be born again but it’s time for America to repent.”

She said America has fumbled its responsibility to deal with the three evils her father warned about: racism, poverty and militarism.

She added that militarism “has robbed us of the necessary resources to address the social injustices and the social ills and the social discrepancies in our nation,” noting that her father said countries who spend more money on military than social advancement are “rapidly approaching a spiritual death.”

With a cadence in her voice similar to her father’s, Bernice King challenged America to break its “vicious cycles” and praised the Parkland, Florida, students for standing up against gun violence and “social decay.” She also noted that it wasn’t by chance that the granddaughter of the civil rights leader stood onstage during the recent March For Our Lives rally to call for a “gun-free world.”

“We will get to the Promised Land, but each one of us has to make an individual decision to repent of our ways, repent for being drawn into the divisive discourse in this nation,” she said.

After hugging his sister, Martin Luther King III took command of the pulpit, asking his daughter and wife to join him. He said he stands where his father stood the night before his killing with “mixed emotions.”

He reminisced about the day his father left their Atlanta home to go to Memphis.

“I remember saying, ‘Dad, don’t go,’” he said. “But I remember more important, him saying, ‘Don’t worry, I’ll be back.’ Obviously, he did not come back in the traditional physical sense.”

Though admittedly emotional, he said he was also excited by the potential of his father’s dream being realized. He praised the Black Lives Matter activists, the crusaders of the Me Too movement and those standing up with the Parkland students for continuing his father’s fight.

Martin Luther King III recalled his daughter’s words a week ago at the March For Our Lives rally. He said he didn’t tell 9-year-old Yolanda Renee King what to say, noting that she asked then-President Barack Obama two years ago, “What are we gonna do about these guns?”

“Dad taught us,” he said, “that it only takes a few good women and men to bring about change. So I want to rush to tell you, do not get anyways tired. Why? Because we’ve come much too far from where we started. You see, nobody ever told us that our roads would be easy, but I know ... our God didn’t bring us this far to leave us.” 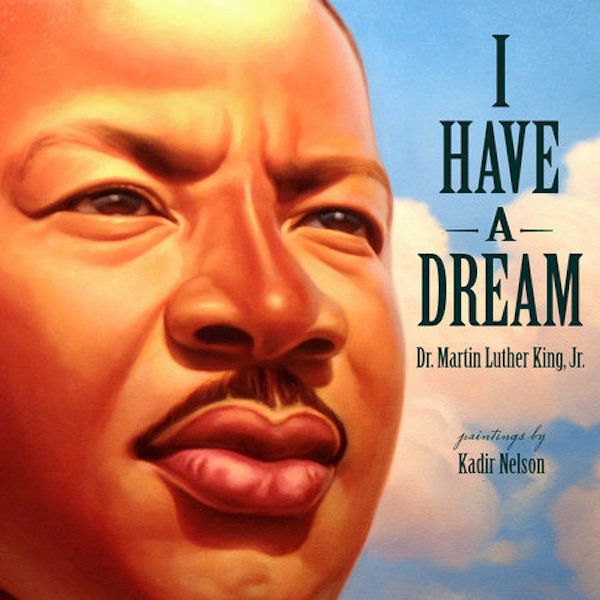 1 / 11
"I Have a Dream"
<i>I Have a Dream</i> pairs King's unforgettable speech about equality with beautiful art from illustrator Kadir Nelson, a two-time Caldecott Honor winner.
Penguin Random House