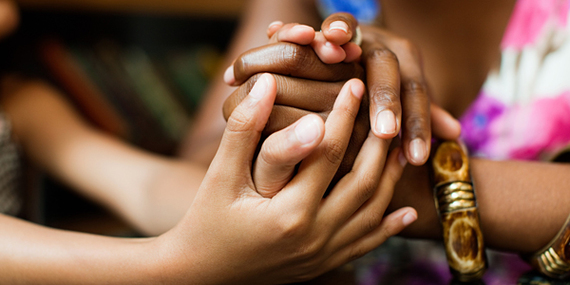 "I have a dream that my four little children will one day live in a nation where they will not be judged by the color of their skin but by the content of their character."

How quickly we have forgotten that Martin Luther King stood not only head and shoulders above color and class disparity, he became the mountain top. King had a dream and he embodied it. How did he do this?

King privately agonized over the knowledge that compassion for another human being regardless of race and socioeconomic status involves achieving a certain level of emotional intelligence and maturity.

He understood that due to culture, conditioning, and lack of education, most people would not achieve this maturity within their lifetime--without another to lead the way.

Martin Luther King was that guiding light, though the magnitude of the responsibility he bore overwhelmed him at times. Rather than trying to fight ignorance and immaturity, King appealed to another kind of intelligence, the intelligence of the heart. From his 1963 book, Strength to Love:

Instead of looking externally for others to blame, King asked us to look within, as he did, for wisdom and truth. He wanted each one of us to realize that the personal strength of character we display when interacting with others is the key to unlocking the prison of color and class discrimination.

As we debate the reasoning and underlying pain that drove Black Lives Matter activists to hijack Presidential candidate, Bernie Sanders, at a rally in Seattle, and the continuing Ferguson, Mo. protests, we must examine our own behavior. Are we demanding respect without first offering it?

Choosing action that unites rather than divides enables and empowers community leaders that are far more powerful than the sum of the outdated beliefs of those struggling to evolve.

Let us look no further than Charleston, S.C., where an estimated 20,000 people rallied on the Ravenel Bridge during the Bridge to Peace unity march. Choosing love over fear-based protests and riots, notice how quickly collective leadership generated positive change.

In reality, no one can set another free. True equality arises from within. When you become it and live it, your demonstration of strength of character creates your ticket to freedom. Each one of us contains all the power we require to set ourselves free. Ultimately, it's an inside job.

The invitation is to remain steadfast within the seat of personal courage even when others around you lose their way. By this, you lead in no greater way. Being the first to change, you change the world. In Martin Luther King's I Have a Dream speech, he went on to say,

"From every mountainside, let freedom ring."

You are that mountain when the awakening leader within you realizes that to fight darkness with darkness bears the same fetid fruit. Instead, be the light. Others cannot help but see your example. The time is upon us to live fearlessly and choose courageously as we were born to do.