Martin Short had a profound effect on any child of the '80s who constantly watched television shows like "SCTV" and "Saturday Night Live" or films like "Three Amigos" and "Innerspace." So, perhaps it's not surprising that these four subjects were discussed with Short -- an actor who I've always wanted to interview -- at length.

(So at length, we had to divide this interview in half, so look for the discussion about Short's days on "SCTV" and "SNL" later this week.)

Short is promoting his voice work on the latest chapter of the "Madagascar" animated saga, this one titled "Madagascar 3: Europe's Most Wanted." The 62-year-old actor joins the cast as Stefano, an Italian sea lion with an affinity for being shot out of a cannon during his circus performance. In part one, Short explains why a job doing voice work should never be compared to that of a coal miner, and he reflects back on how come films like "Three Amigos," "Innerspace" and "Clifford" are more popular today than when they were released in theaters.

I know. It's very exciting.
And I know Arianna Huffington. How about that?

I'm not sure I like doing interviews about animated films. It looks so fun onscreen and a lot of the answers are, "Well, I was by myself in a cold, damp studio..."
Oh, completely. It's disappointing to know too much. You like to think that all of these actors are together in a room, playing with each other. Right?

I think that was the case on "Fantastic Mr. Fox." They were all in a house together.
Well, you know, it's interesting. I did another animated film -- well, I don't know what you call it, actually -- but it's Tim Burton's "Frankenweenie." Now, in that, there were many sessions where Catherine O'Hara and I were together.

When you're approached with a character like this, do you get carte blanche on what the voice will sound like? Like, "You're Martin Short, you can do anything that you want to do"?
Half and half. Often, that's the case. But, in this case, Jeffrey Katzenberg told me it's an Italian character. "Stefano!" He was always Italian.

So if you told them, "I haven't done Ed Grimley in a while, he's going to sound like that," they'd have a problem.
Then they'd phone Dana Carvey. As they should.

But once the accent is in place, you can then do what you want?
Well, they kind of encourage you to do that. The thing about animation is that time is cheap -- it's not like making a live-action film where you've got this location for four hours and you've got to get it. "What do you mean she's late?" You know? If you're running 20 minutes late, it's fine. They've got the studio all day. And they're sitting they're saying, "OK, this is what we have. Do you want to try something else? Do you want to improvise?" Oh, we had this idea, "What if you do it drunk?" And it's fun; it's creative.

Do it drunk? Did any of those make the final cut?
No. And I don't know why -- they're my personal favorites.

So, the way you describe this, it sounds like a no-brainer in terms of accepting a role in an animated film.
A Chilean coal miner has a rough day. If you're an actor in an animation film, it's not so tough. But, it's fun. You know, anything is fun if you're working with the right people. And the same concept, working with the wrong people, is a drag. What's great about coming into where there are already two films -- you know the two films work. They're creatively successful, and there wouldn't be a third film unless they were monetarily successful, too.

Is it frustrating to be in something that is creatively successful and not financially successful? For example, people didn't really appreciate "Three Amigos" until long after it came out.
Well, that's comedy. That's comedy, though. You know, I made a film, "Clifford," when it came out, people were going, "Huh? He's 40 playing 10?" Then, in seven years, people would get high and watch it in college. And, now, what is it? Twenty years later? Literally, every time I go to an airport, people come up and talk about Ed Grimley or Clifford.

People do love "Clifford" these days.
But, you're right. It's interesting, when we did "Three Amigos," you know, that was written by Steve Martin, Randy Newman and Lorne Michaels...

When an "SNL" sketch is set in Lorne's office on "SNL," you can see the "Three Amigos" poster in the background.
Yep. Well, I remember we did the "Today" show, the three of us. And Bryant Gumbel said, "Now, what would you say if people look at this film and say it's a silly movie?" And Steve Martin said, "Well, it depends how you use the word 'silly.' If you say, 'It's a silly movie,' that's not so good. But if you say 'It's a silly movie,' that's kind of great." But that type of movie hadn't really been made. And then there would be many films in which the premise is, "It's just a goof. It's silly." It's gimmick is its madness -- there's a singing bush. There's ChapStick bits. That's the movie. It's not about anything more than a conceptual comedic approach to things.

When you're filming, do you realize that? With those examples that you just mentioned, are you like, "Fifteen years from now, people are going to love this?"
No, no. But, most of the things I've done, I've never really been concerned about the admiration of strangers. You play to your friends, you know? When I did "SCTV," we weren't concerned about what they thought of us in Des Moines. We were concerned whether that group who knew all of the references would like it.

In college, my roommate and myself had a habit of quoting one of your movie lines in excess: "The sauce!"
[Laughs] Wait a second... what's that from?

"Innerspace."
Oh, "Innerspace"! When I was doing "Fame Becomes Me" a couple of years ago here, I would leave the stage door and go into my car. And the people behind the barricades, they would call out things like, "The sauce!" And I'd go, "Thank you!" And I'd get in the car and go, "The sauce? What is the sauce?" Then about four in the morning, I'd be sleeping, "Ah! 'The sauce.' 'Innerspace,' yeah."

Last year, I interviewed Dennis Quaid and he said that it doesn't matter where he is in the world, people will still come up to him and say, "Innerspace!"
I know.

Does that happen to you, too?
It's a lot of them, yeah. You know what it is? It's ... Well, I don't know what it is about certain things. I understand "SCTV," because "SCTV" was on late and people felt they owned it. It was their show. That's what Conan O'Brien always says -- he felt that only he and his brothers got it. I guess "Innerspace," there are certain films people feel ... I cannot tell you how many times people have come up and done me quotes from "Arrested Development," this character I played. "Bridge mix," or, "the nuts!" or whatever else.

My theory on "Innerspace" is that when I was a child, it was played on a constant loop on HBO.
I think that was it. And it was a good movie.

It is a good movie.
And a young Meg Ryan. I mean, any age Meg Ryan. But, I think, it was her third film.

And you and Dennis Quaid weren't really on camera much together.
I had never met Dennis before I made that film, but he was always on the set. Joe Dante, the director, had him in a booth and he had a monitor. It was a drag, in a way. Although Dennis loved that he didn't have to shave and go through makeup. He would just do the lines off of just watching me shoot live. 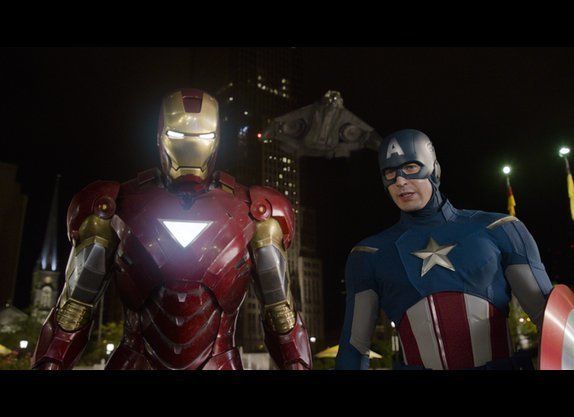