His band is called "The Core Of Your Nightmares," but it's his suspected life at home that will keep you awake at night.

Federal investigators said this week that the 31-year-old Metro East man took inappropriate pictures of himself engaged in a sex act with a child. Officials believe he has abused the child several times since June of 2010.

Evanick was deemed a flight risk and held in jail without bond pending a trial, according to KSDK. It's yet unclear how investigators were tipped off to the material.

On his Facebook page, a majority of Evanick's pictures feature him in clown makeup and splattered with blood. He does not appear to be a professional clown. He can also be seen around children in some of the pictures, and he's featured playing drums in his band, though his bandmates have already denounced him.

A friend of "The Core Of Your Nightmares" wrote this morning, "Just heard some pretty disturbing news about your drummer Vlad, it's all over the news."

A band member responded, "We had absolutely no idea, we are just as appalled as you are, trust me!" An apparent friend of Evanick's wrote that the drummer "always kept his life private."

"I've known Vlad for eight years and would have never expected him to do this," the person wrote. "We are all shocked ... I know if we thought for a second he was doing this we would have put a stop to it."

If convicted, Evanick faces up to 30 years in prison a $250,000 fine and a long term of supervised release, KSDK reports. 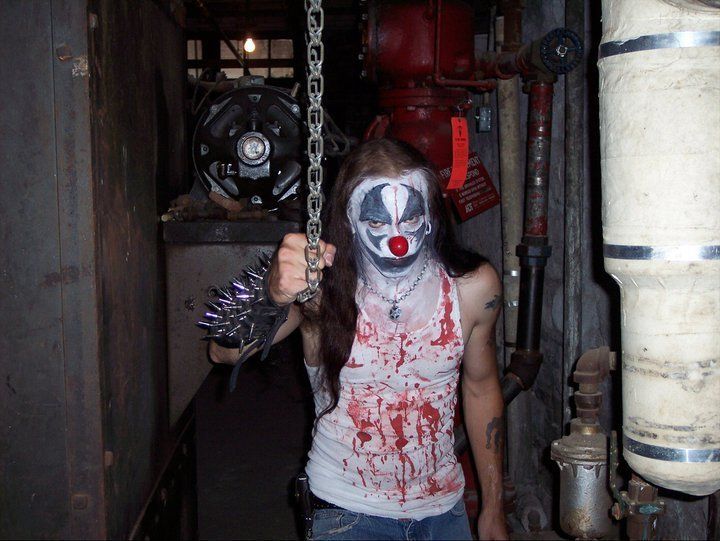 1 / 11
Martin "Vlad" Evanick is accused of taking pictures of himself sexually abusing a child several times over two years.
Facebook