Tennis great Martina Navratilova said her salary for Wimbledon commentary was no match for John McEnroe’s ― and she’s slamming the BBC for the disparity.

Navratilova said in a BBC Panorama documentary to air Monday that McEnroe earned at least 10 times more than she did for BBC coverage of the Grand Slam tournament.

“It’s hard to really compare exactly because some people work a little longer days, maybe a few more programs or whatever,” Navratilova said in a preview clip of “Britain’s Equal Pay Scandal,” posted by BBC Panorama (watch above). “But overall, it was a shock because John McEnroe makes at least 150,000 pounds. I get about 15,000 pounds for Wimbledon. And unless John McEnroe’s doing a whole bunch of stuff outside of Wimbledon, he’s getting at least 10 times as much money than I am for very comparable work.”

Navratilova made about 10 appearances compared with 30 for McEnroe during Wimbledon, BBC Panorama estimated, per the Telegraph.

BBC Sport told the Guardian that McEnroe’s participation was of “a different scale, scope and time commitment.”

“Along with Sue Barker, John is regarded as the face of our Wimbledon coverage,” a spokeswoman said. “He is a defining voice within the BBC’s coverage. He is widely considered to be the best expert/commentator in the sport, highly valued by our audiences and his contract means he cannot work for another UK broadcaster without our permission. His pay reflects all of this – gender isn’t a factor.”

When told that the BBC may use McEnroe’s greater hours as a defense, Navratilova said the disparity still didn’t add up. She said she was told that she and McEnroe were making a comparable wage.

“It makes me angry for the other women that I think go through this,” she said.

Reps for McEnroe didn’t immediately respond to a HuffPost request for comment. 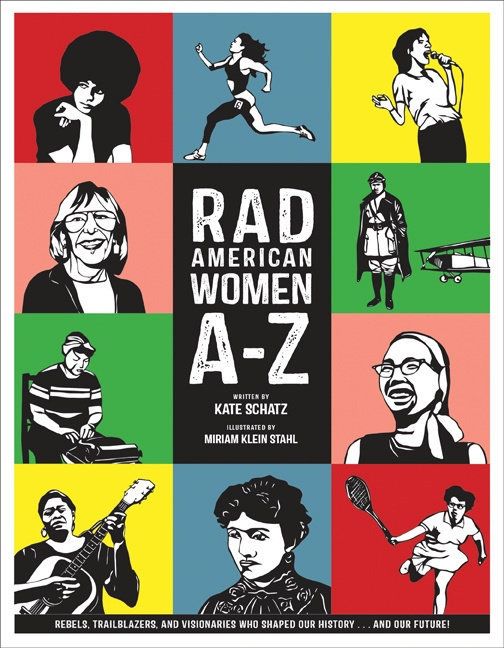 1 / 17
"Rad American Women A-Z"
The title sums this book up. Following the alphabet, kids can learn about the many women, including <a href="https://www.billiejeanking.com/" target="_blank">Billie Jean King</a> and <a href="http://www.latimes.com/opinion/op-ed/la-oe-morrison-davis-20140507-column.html" target="_blank">Angela Davis</a>, who made great contributions to American history. (By Kate Schatz, illustrated by Miriam Klein Stahl)
City Lights