Marvel Comics has gathered an all-female team of Avengers, who will begin saving the world this May. Fan favorite characters like She-Hulk, Dazzler, Medusa and Nico Minoru star in "A-Force," a new monthly series that will follow these women as they fight evil. It's written by G. Willow Wilson and Marguerite K. Bennett, with artwork from Jorge Molina.

“We've purposefully assembled a team composed of very different characters -- from disparate parts of the Marvel U, with very different power sets, identities and ideologies," Wilson said in a statement. "They'll all have to come together to answer some big questions: what would you sacrifice to succeed? What is being a hero worth?” The A-Force will also introduce, Singularity, a cosmically charged brand new super hero to the universe.

“Our heroines embody the ideals of what we can each strive to be," Bennett said in the same statement. "A-Force" is Marvel's 15th female-led comic series and represents a dramatic shift in comic culture. Last September, Marvel made waves when it announced that the new Thor would be a woman. “Marvel has always celebrated the diversity of its family of characters and creators," series editor Daniel Ketch said. "This new series will unite Marvel’s mightiest heroines with the exceptionally creative minds of writers G. Willow Wilson and Marguerite Bennett to craft a story full of epic battles, personal triumphs, and heart-stopping peril ... and an all-new character who will push the boundaries of diversity in comic books even further.”

Check out the first image: 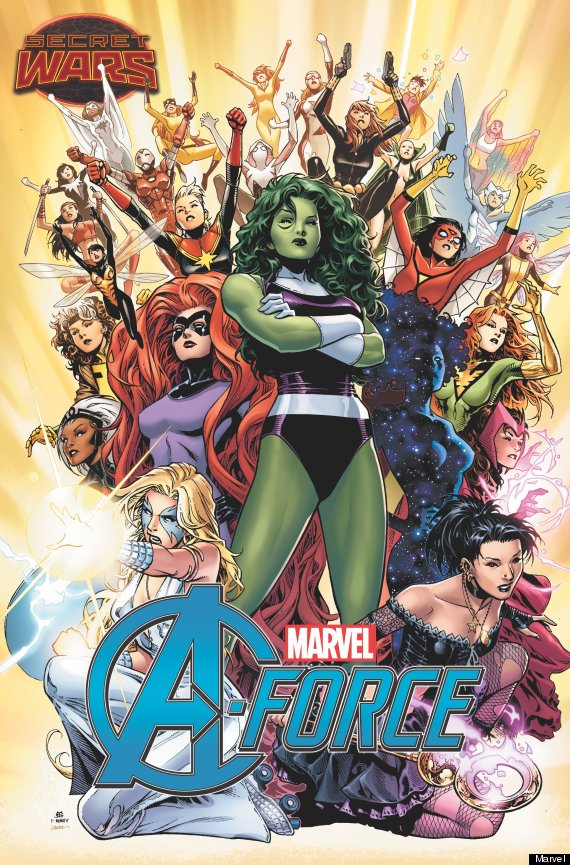