Not to be outdone by DC Comics and Warner Bros., Marvel Studios and Disney set release dates for eight films on Tuesday, including new standalone features for Black Panther (played by Chadwick Boseman), Captain Marvel (who will lead the studio's first female superhero movie) and the Inhumans. Marvel also announced that the third and final Avengers film will actually get split into two parts: "Marvel's The Avengers: Infinity War Part 1" will be out on May 4, 2018, with "Part 2" following on on May 3, 2019. Also coming: a third and presumably final Thor movie, and the official release date for "Doctor Strange."

According to Marvel Studios president Kevin Feige, Boseman's Black Panther will be a large part of "Captain America: Civil War." It was previously revealed that the third Captain America film would focus on the Marvel Civil War storyline and feature Robert Downey Jr.'s Tony Stark as an antagonist, of sorts. 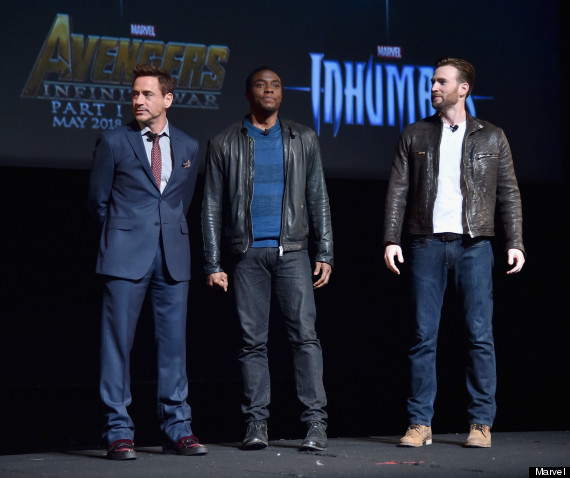 As for the rumor that Benedict Cumberbatch was in final talks to play Doctor Strange for that film, Feige told journalists at the Marvel event that if the actor were confirmed for the part, he would have been revealed on Tuesday.

No writer or director has been set for the Captain Marvel movie, but Feige expected that would change soon. The movie will follow Carol Danvers.