When Marvette Pérez Garcia -- Smithsonian curator -- passed on August 19 at the age of 52, many of her colleagues were unsettled and heart-broken by her sudden departure. Pérez left a body of work that will not only be treasured for its significance, but also a legacy that promises to have continuous impact. 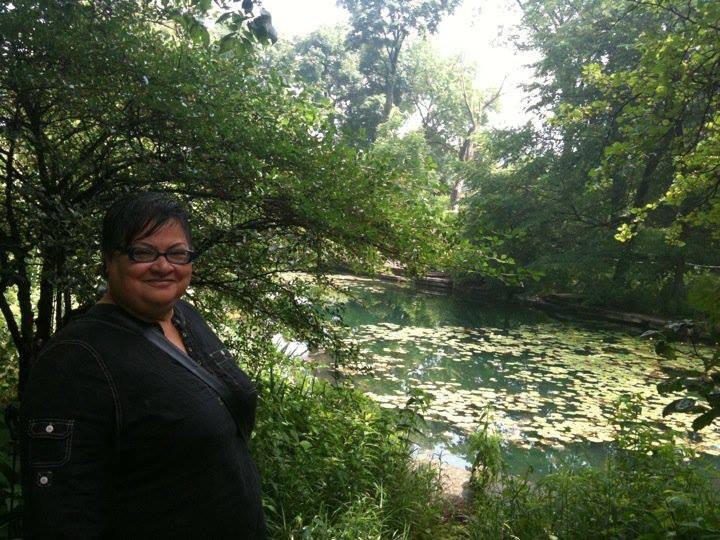 Born in Puerto Rico on June 27, 1961, Pérez migrated to the United States to attend Florida State University where she received a B.A. in anthropology in 1982. The following year, she began working at the Smithsonian National Museum of American History as she pursued an M.A. at Catholic University, which she completed in 1986. Pérez was a doctoral candidate when in 1991 she became the museum's first Latin@ history and culture curator.

Pérez made her mark in that position and over the course of her career, she acquired for the museum valuable collections including the Teodoro Vidal Collection and the Tito Puente materials and curated exhibitions that highlighted previously neglected aspects of Latino popular culture including ¡Azúcar! : The Life and Music of Celia Cruz, Not Lost in Translation: The Life of Clotilde Arias and numerous other projects.

Arlene Torres, Vice President/President-Elect of the Puerto Rican Studies Association, said, "As a anthropologist who studied national and colonial imaginaries, Pérez was uniquely positioned as curator of American History to collect and represent the multifaceted historical and cultural processes that engendered our knowledge of Puertorriqueñidad across boundaries. The collections she acquired and the exhibits she launched will ask us in perpetuity to re-imagine the national treasures of Nuestra América."

Indeed, in that capacity, Pérez was well-known as a fierce trailblazer. NYU Professor of anthropology Arlene Dávila, author of Barrio Dreams and Latinos, Inc, offers more insights on Pérez. She said, "along with Arlene Torres, Yvonne Lasalle, Pérez and myself were part of a generation that looked at cultural nationalism critically, (all of us women, all of us Puerto Ricans, all of us anthropologists). [Lasalle] and Pérez co-authored their important essay "Virtually Puerto Rican" in Radical History Review." Pérez wrote on and became a present interlocutor in various academic circles.

In addition to her writings, Pérez was a visionary who caused paradigmatic shifts in the field and at the museum. Dávila believes that, "her biggest contribution to the representation of Latin@ history at the Smithsonian was how she rejected subscribing to official/versions that prioritized the Southwest as the protagonist space and turned our eyes to the transcaribbean flows, U.S. history of empire in the Caribbean, by focusing the institution's eye on PRs and Hispanic Caribbean for the first time... as well as on Latin@s commercial culture. Tito Puente, Celia Cruz, Selena and many others would have no space at that institution if it were not for Marvette."

I had the privilege of collaborating with Marvette Pérez when we co-organized a panel at the 2001 American Anthropological Association meeting (AAA) "Challenging Disciplinary Acts through and Within a Politics of Love and Rescue" rethinking Virginia Dominguez's Cultural Anthropology article. It was the first time that I presented in spokenword at the meetings. A musician and vocalist, Pérez was supportive, insisting on including performativity within this conference setting. Two years later, we did another panel at the American Ethnological Society (AES) conference where she deconstructed and performed a Bolero. She was genuinely dedicated to multivocality and appreciated it in praxis.

Marvette's impact went well beyond anthropology and Latin@ Studies. J Kehaulani Kauanui, Associate Professor of American Studies at Wesleyan University, noted that she made important contributions and interventions in American Studies as well. For Kauanui, Pérez was "a public intellectual in the tradition of Edward Said, as she advanced human freedom and knowledge, and stood both inside and outside of society and its institutions while actively disturbing the status quo and addressing her concerns to as wide an audience as possible."

Ramon Rivera-Servera, Associate Professor of Performance Studies at Northwestern University, had followed Pérez's work as a curator and scholar since the mid-1990s, first as a student and mentee. They became friends and collaborators, and finally Pérez became a key interlocutor in his current research project into museum cultures and the exhibition of race. He noted that "Marvette's exhibitions were not coloring book American exceptionalism. They interrogated the very viability of such a posture by exhibiting histories of American empire, racism, and gender inequality. She showcased the musical diva or the successful entrepreneur along with their struggles, even their flaws. Her practice was a sensorially immersive one, which showcased sounds and sights that her institutional editors might have otherwise preferred to keep away from her didactic panels and labels. She mastered the subtext, the rumor, the innuendo as strategies of decolonial and queer feminist history."

Nearly a month before her unexpected departure, Pérez reflected on her own work when she penned a heartfelt remembrance of Celia Cruz on the tenth anniversary of her death. She recalled the path to the making of ¡Azúcar! and wrote: "I felt a sense of obligation to commemorate and honor the memory and career of a woman who had been so important to me, not only professionally, but personally as well. That day on July 16, 2003, marked my crusade to develop an exhibition about Celia Cruz. It was a labor of love, and two years of constant research, collecting, phone calls, fundraising, travels. My correspondence and the memory of my conversations with Celia Cruz over the years, always kept me on track, and I was always aware of her presence throughout the whole process. To me, it was as much her curatorial work as it was mine."

That was typical of Pérez's generosity. While she will undoubtedly be remembered for her organic collaborations and transdisciplinarity, she must be praised for work that stemmed from sincere devotion to engage in what Rivera-Servera calls, "an intellectually deep and politically vibrant curatorial practice."