Throughout photographer Mary Beth Koeth's travels -- from Dallas to Kansas to northern England to Oslo -- she was always fascinated by interesting people on the street.

But it wasn't until she moved to Miami Beach to attend the Miami Ad School's photography program that her interest in street photography got a little complicated.

"I was really uncomfortable with how forward men were. This older man -- had to be in his upper 80s -- I was thinking, he's so sweet and I was thinking of my grandpa. I smile at him and say hi and he starts rolling his rrrs at me and I'm like this place is out of control. Once I started photographing these guys, it was like turning the tables on them."

Koeth told HuffPost Miami that her initial move to South Florida was tough. "It was the last city I ever pictured myself in. It was a bigger culture shock moving here than to northern England," where Koeth moved as a designer for Hallmark Cards.

"I struggled for the first few months I was in Miami, thinking this place is crazy, these people are crazy," Koeth explained. "After 3 months, it just totally shifted. I fell in love with this place. It's the best place for a photographer to be."

Koeth said she wanted to "show people back home in Dallas how ridiculous the guys are here." So she started a Facebook album titled Miami Boyfriends, cataloging the guys she encounters in her Miami Beach neighborhood and around Miami.

She did a similar series while in Oslo called Scandinavian Studs, where the subjects she photographed were much more reserved than in Miami.

"No one says no to me here. That's the beauty of it. It's totally a Miami thing. Everyone here is such a ham. They love to be photographed."

With over 100 Miami Boyfriend portraits shot, Koeth decided to start filming her interactions with the men. And the short, minute-long interviews are just as alluring as Koeth's beautiful still photography.

In the above video, watch her speak with Gus on how Miami women are only interested in drinking, dancing, and money. Frankly, Gus said, they're dirty and have no class.

Koeth will finish her photography degree in September and is currently working on a documentary about Raven, the legendary South Beach runner.

Click below for some of Koeth's favorites from her Miami Boyfriend series: 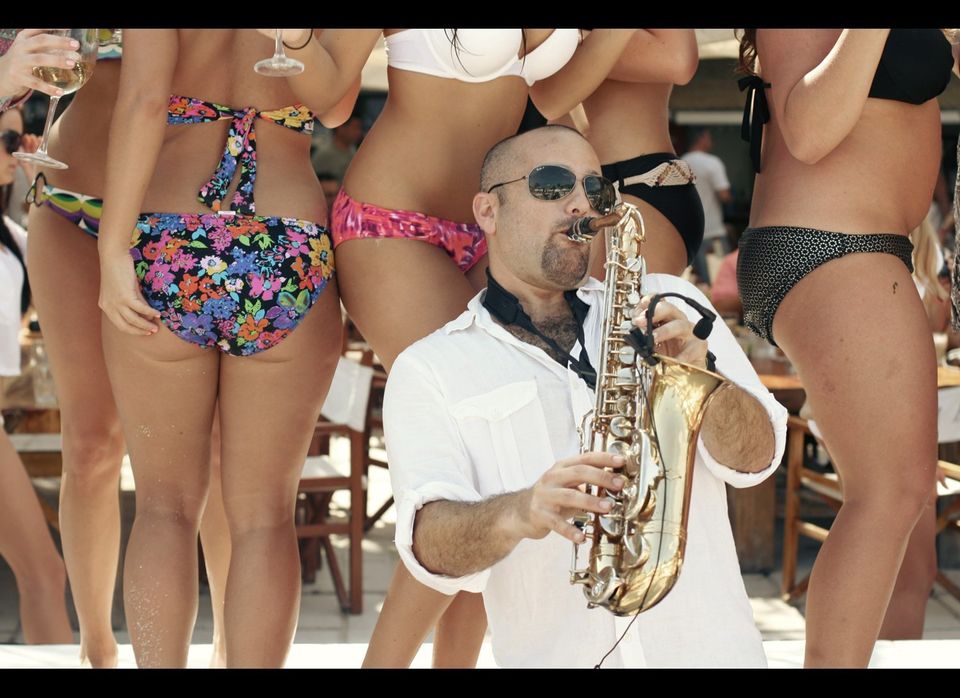