When you think of a royal courtship, you think of white swans and glass slippers, not bars and beer. But for Frederik, Crown Prince of Denmark, and his wife, Princess Mary, their love bloomed at a pub in Australia (how romantic!). Frederik, the heir apparent to the throne of Denmark, met commoner Mary Elizabeth Donaldson while Down Under for the Olympics in 2000 and initially concealed his noble identity (seriously, a movie should be made about this story). Thus began a long-distance relationship between Australia and Denmark, during which their love blossomed. The pair married after four years together.

In celebration of their 9th anniversary (on May 14), we are taking a look back at a wedding photo of the couple. In this picture, Mary wears an ivory duchess satin dress made by Danish designer Uffe Frank, while her hubby waves to the crowd in traditional royal garb. Though this wedding happened almost a decade ago, is it strange how much these two remind us of the Duke and Duchess of Cambridge? 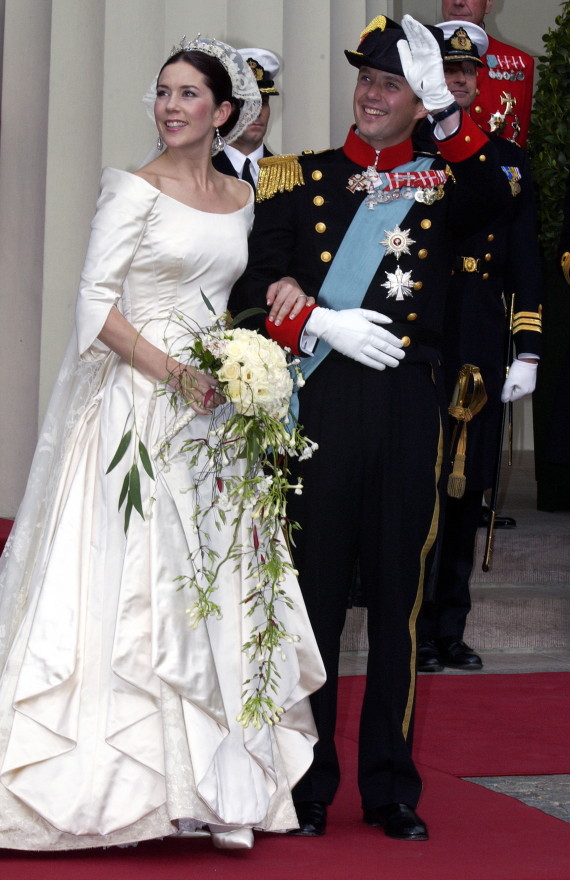