Mary Jane Stewart almost lost the Christmas spirit this year after her car was stolen on Friday with the gifts still in the trunk.

Even worse: When San Diego police officers finally found the vehicle, it was underwater.

“I got a phone call from my roommate when the police showed up to our door,” Mary Jane Stewart told local NBC affiliate KNSD. “They said they found a red four-door sedan in Mission Bay and that it was under the water.”

Along with the car were all of the presents she had purchased for her two daughters, ages 5 and 8.

“She [my 5-year-old daughter] is nosy so I kept it in the car, so she would never see it. That was in the truck and stuff for my oldest, and a lot of clothes for the girls,” Stewart said through tears.

The presents were not just toys, but practical items like school supplies and clothes.

Luckily, Stewart’s faith in holiday magic survived thanks to a generous stranger who replaced the items for her.

After Tracy Simoncini saw a news report about Stewart’s plight, she decided to step in and replace the stolen gifts.

“I called the station and explained I wanted to help, and they connected us,” Simoncini told HuffPost. “What touched me is that she wanted clothes, underwear, blankets and science projects. I asked, ‘What about bikes?’ and she said they have them. They didn’t want iPads, just basic needs.”

Simoncini said she wanted to be Santa in secret, but “it was important to the mom” that people know. Simoncini and two friends went to a local mall on Monday and purchased the requested necessities, but also threw in some toys as well.

“They had tickets to Disneyland and the mom had gifts that actually came from there, so I got some toys to replace those,” she said.

Simoncini said her generosity toward Stewart was as much a present to herself as it was to the mom she never met.

“My single mom raised three kids so that impacted me,” she said. The retired juvenile probation officer was also continuing a tradition she started with her late husband, also a probation officer, who died less than two years ago. The couple used to help out needy families at Christmas.

“I’m doing this to honor him as well,” she said.

Stewart was overwhelmed by the gesture.

“To have somebody come in and replenish what was taken and seeing [the girls] get so happy about that, there’s nothing that can change or replace that,” Stewart told KNSD.

Stewart is getting help from other Santas as well. A local nonprofit is donating her the use of a rental car for the next month so she can drive herself to appointments and the girls to school.

PHOTO GALLERY
The Gifts Kids Are Asking For This Christmas, According To Real Parents

Stranger Plays Santa For Single Mom Whose Car Was Dumped In Bay
The Gifts Kids Are Asking For This Christmas, According To Real Parents 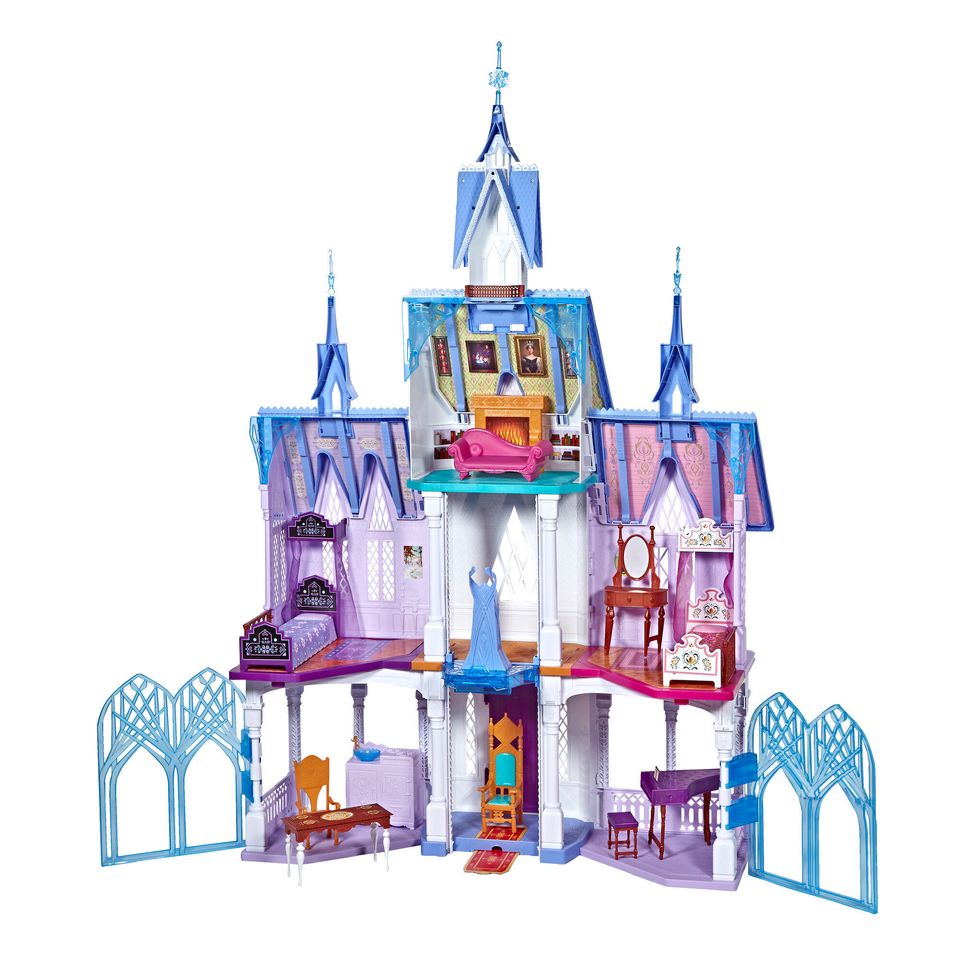 1 / 8
The "Frozen 2" Ultimate Arendelle Castle Playset
&ldquo;I&rsquo;ve got three girls, ages 3, 4, and 6. &lsquo;Frozen&rsquo; has been playing on repeat in our house almost daily. <a href="https://fave.co/2PUcedB" target="_blank">They have each asked me for this dollhouse</a> on separate occasions, so I guess it&rsquo;s something they actually want. It is more money than I usually spend during the holidays on toys, but I am going to make this one a joint gift for all three girls." &mdash;&nbsp;Joy, parent of a 3-, 4-, and 6-year-old &lt;br&gt;&lt;br&gt;<br><a href="https://fave.co/2PUcedB" target="_blank">Get the "Frozen 2" Ultimate Arendelle Castle Playset at Walmart</a>.
Walmart