Mary-Kate Olsen is reportedly not ready for marriage quite yet, even though her businessman beau, Olivier Sarkozy, is ready to make it official.

Us Weekly reports that Olsen is holding off on getting engaged to Sarkozy for the time being. The French multimillionaire allegedly wants to "lock her down for life," but Olsen is "making him wait."

"He calls her 'smart as a whip' and says she's mature for her age," a source told the magazine. Even though he might be anxious to get down the aisle, she isn't. "Mary-Kate wants to give it more time. She's not in any rush."

A representative for Olsen could not be reached for comment at the time of publication.

Earlier this month, Olsen was spotted with a ring on her left hand, leading some to believe she had gotten engaged.

In January, Star magazine reported Sarkozy had popped the question by giving Olsen a $350,000, 12-carat marquise-cut diamond ring. However, a source close to the pint-size star told GossipCop the report was totally false.

The 26-year-old former actress and current fashion designer for The Row has been dating the 43-year-old banker since May. If their relationship wasn't headline fodder enough, Sarkozy's PDA toward Olsen is.

Although the two seem to be going strong, the extra-heavy PDA seems to be in stark contrast to Olsen's goal of keeping out of the limelight. She discussed her decision to leave the acting biz last May, telling Elle U.K. it "just felt right to move away [from the spotlight]." 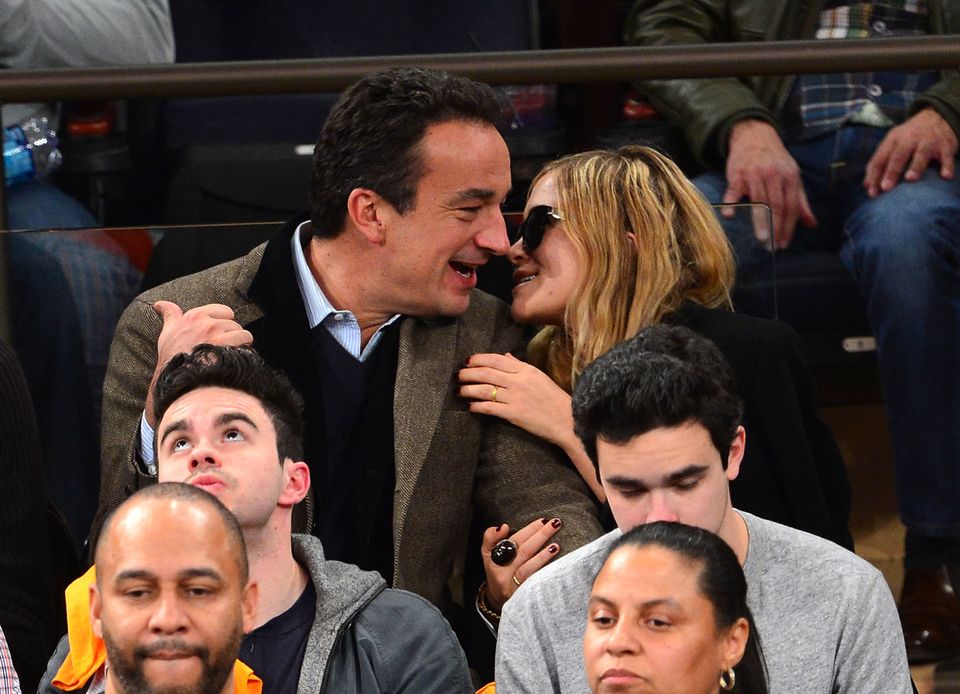