Mississippi student-athlete Mary Kate Smith has the courage to be exactly who she is: the starting kicker on her high school's varsity football team and this year's homecoming queen.

No stranger to the athletic world, the 17-year-old South Jones High School senior has been playing soccer since the age of 3. But it wasn't until this year, when she tried out for football, that she took her kicking skills to new heights. 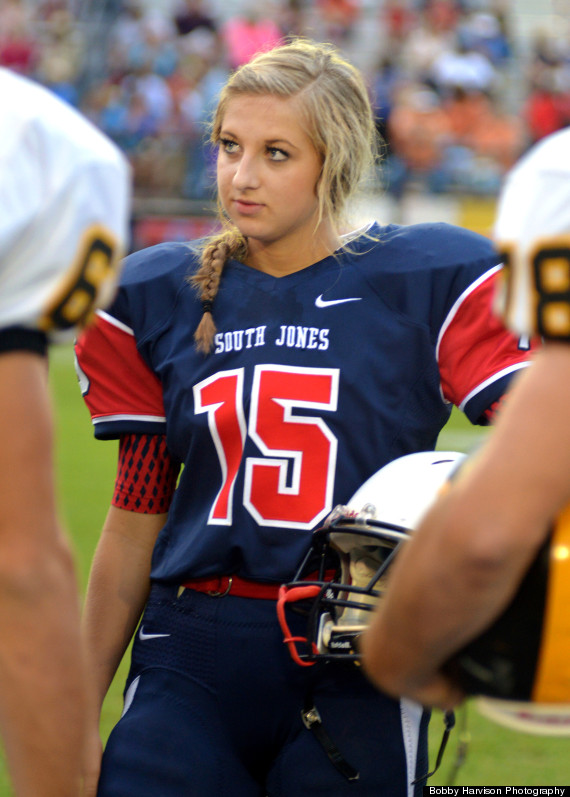 "When she came out [to try out for the team], she was a better kicker [than her competitors]. Period," says varsity football coach Cory Reynolds in the NBC video above. "She very much earned it."

But when she suited up and took the field for her first scoring opportunity, Smith was nervous.

"I was freaking out,” Smith told NBC's "Today" show. “[Reynolds] was like, ‘Mary Kate: Take a deep breath, and hit it just like in practice.’ It was so loud and the band was playing and everybody was cheering, but as soon as he said that, I didn’t hear anything else. ... I just kicked that ball, and once it made it in, through the post, it was just crazy. All the guys were patting me on the helmet. It was really awesome.” 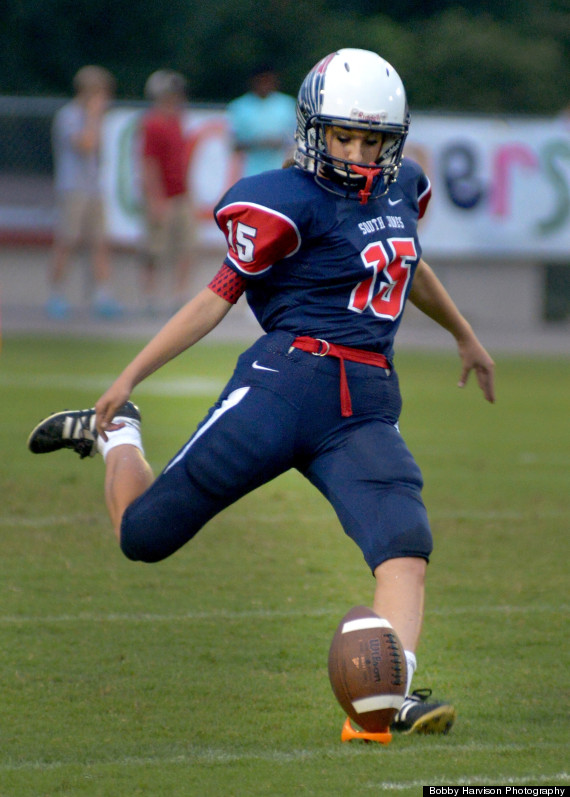 Although her team has yet to win a game this season, Smith continues to prove herself on the varsity squad, scoring on all but one of her attempts at field goals and extra points.

She's also become a role model for the younger girls watching her play.

"[One day], I was running off the field," Smith says in the video, "and I had two little girls come up to me and just hug my leg. They were like, 'We love you, Mary Kate!'"

Smith's fellow students at South Jones High School have also rallied behind her, voting her the school's homecoming queen this fall.

So, what's next for Smith? She will continue her senior year and football season and on Sept. 26 will accept her title of homecoming queen. But her future is far brighter than her crown. She plans to attend the University of Southern Mississippi to play Division I soccer next year, and she is considering a career in orthodontics.