Yes, you read that right -- Landrieu, who's facing a tough midterm challenge from Rep. Bill Cassidy (R-La.), got in on some serious tailgate action ahead of the Tigers' game against Mississippi State on Saturday. 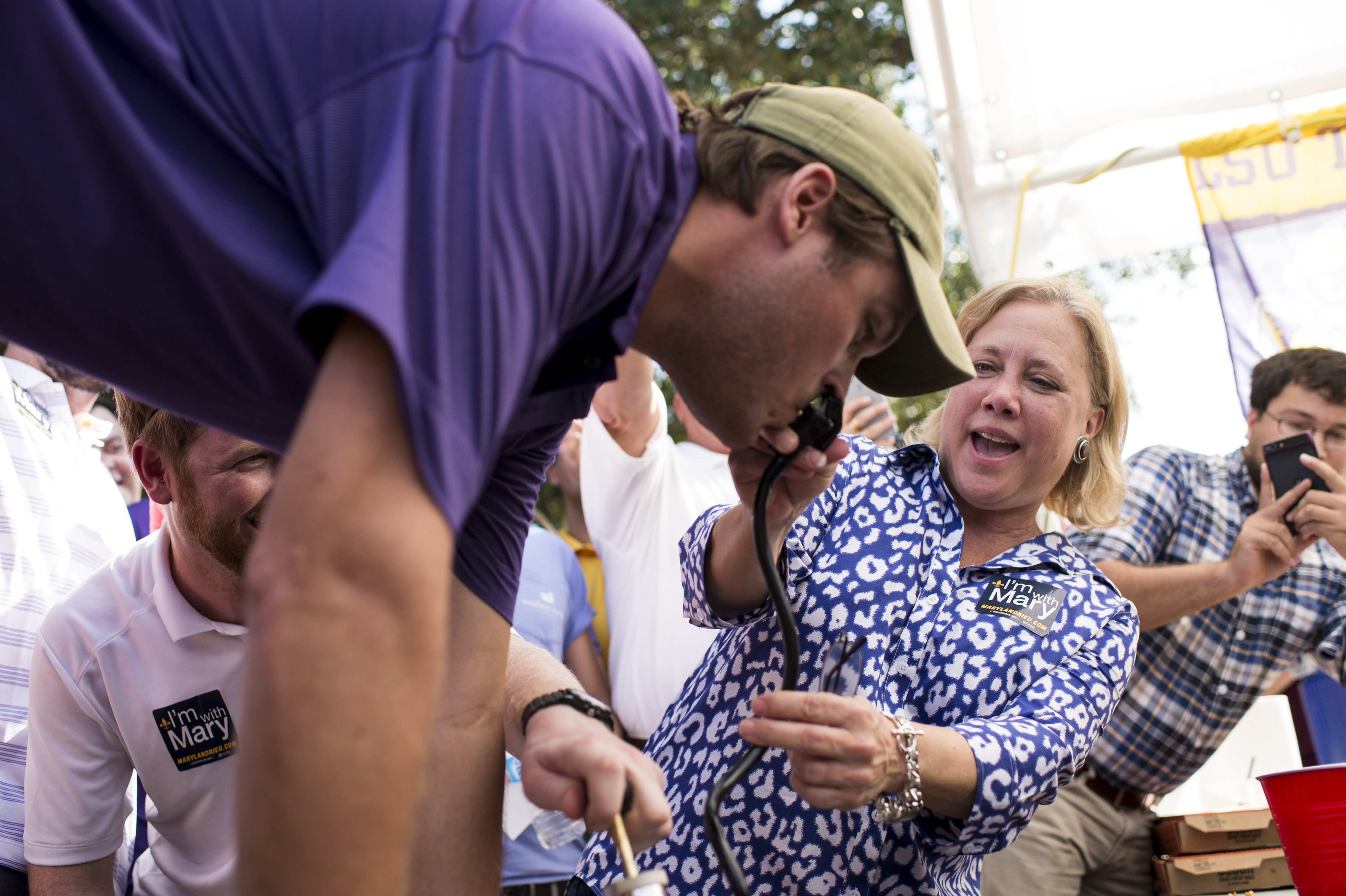 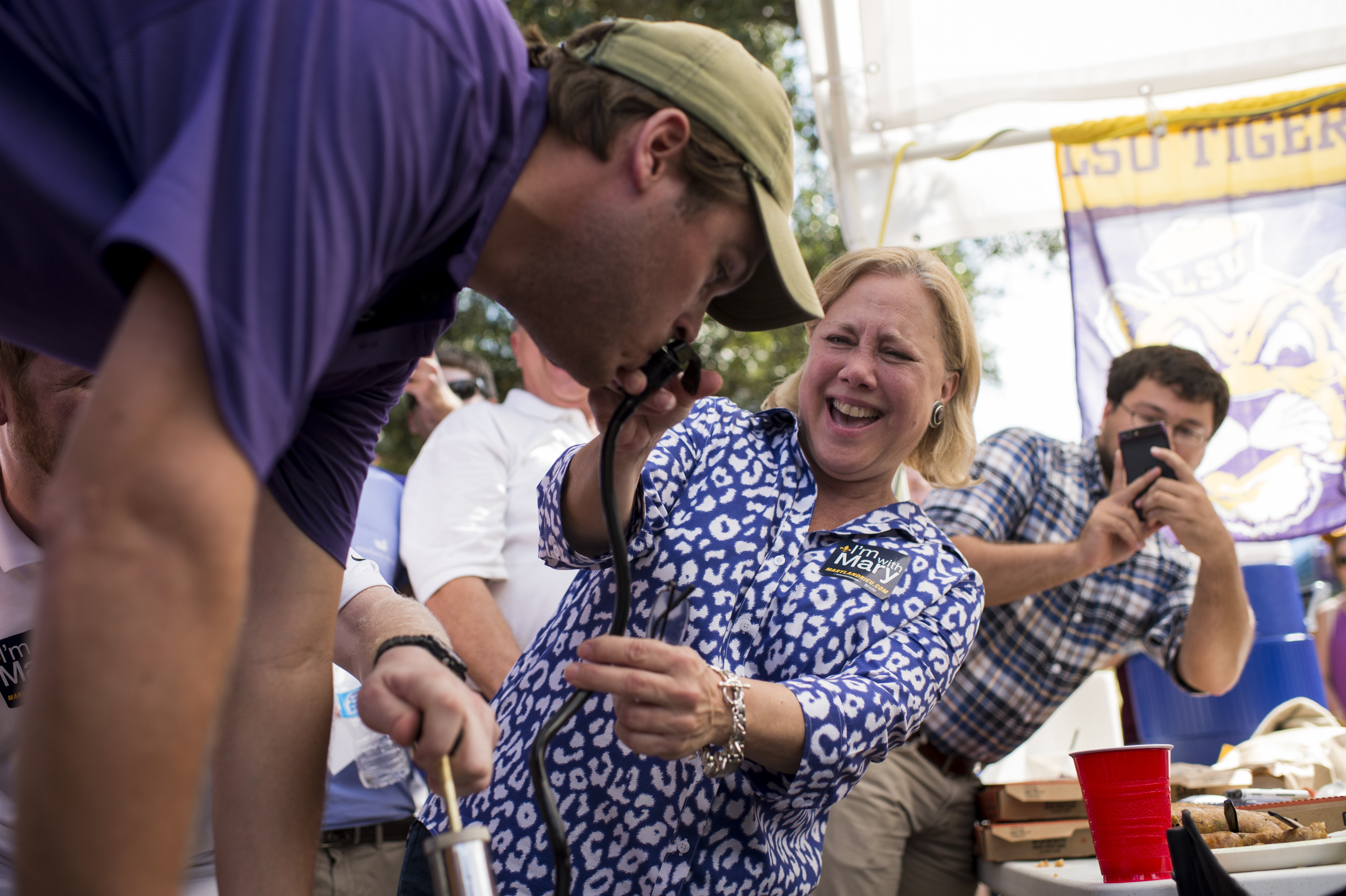 Before the game, Landrieu tweeted a photo of herself meeting LSU students:

I'm so glad to be back at @LSU today to meet students before our SEC kickoff. #GeauxTigers! -Mary pic.twitter.com/2DCXnlPhTT

The race between Landrieu and Cassidy is one of the tightest ahead of the elections, with strategists in both parties predicting a runoff. (Louisiana has a "jungle primary," meaning all candidates run in the general election. If no one exceeds 50 percent of the vote, the top two candidates head to a runoff.)

1 / 15
President Barack Obama holds a beer during a visit to Gator's Dockside restaurant in Orlando, Florida, on September 8, 2012 during the first day of a 2-day bus tour across Florida. AFP PHOTOS/SAUL LOEB
SAUL LOEB/AFP/GettyImages