Mary Sauter doesn’t make much money. But whatever funds the retired schoolteacher scrapes together, she spends on enough gifts for kids in need to fill a 7,000-square-foot warehouse.

For her annual holiday mission, Sauter has been dubbed “Angel from Albia." Since she started discreetly doling out presents 20 years ago, she's spent an estimated half-million dollars on gifts for children whose family don’t have much, the Des Moines Register reports.

According to the Today Show, Sauter first was inspired to take on the role “Secret Santa” when she learned of a mother of three young children who had lost her husband in an automobile accident just before Christmas. Sauter left garbage bags full of presents for the family and soon after decided to keep growing her mission.

Nowadays the former special-education teacher, who never married or had children, commissions the help of students and local parents to help her get organized. She starts shopping for the next year's Christmas on Dec. 26 and does her best to fulfill each kid’s wish.

To fund her benevolent hobby, Sauter dips into her own savings and the money she makes from tutoring and working at a concession stand, according to Today.

Since she’s working with limited funds, Sauter has become something of an expert bargain hunter. Last year, she bought $153,200 worth of gifts for 789 children in seven Iowa communities but spent only $32,830, according to the Des Moines Register.

"This is a feeling that lasts forever," she told the news outlet. 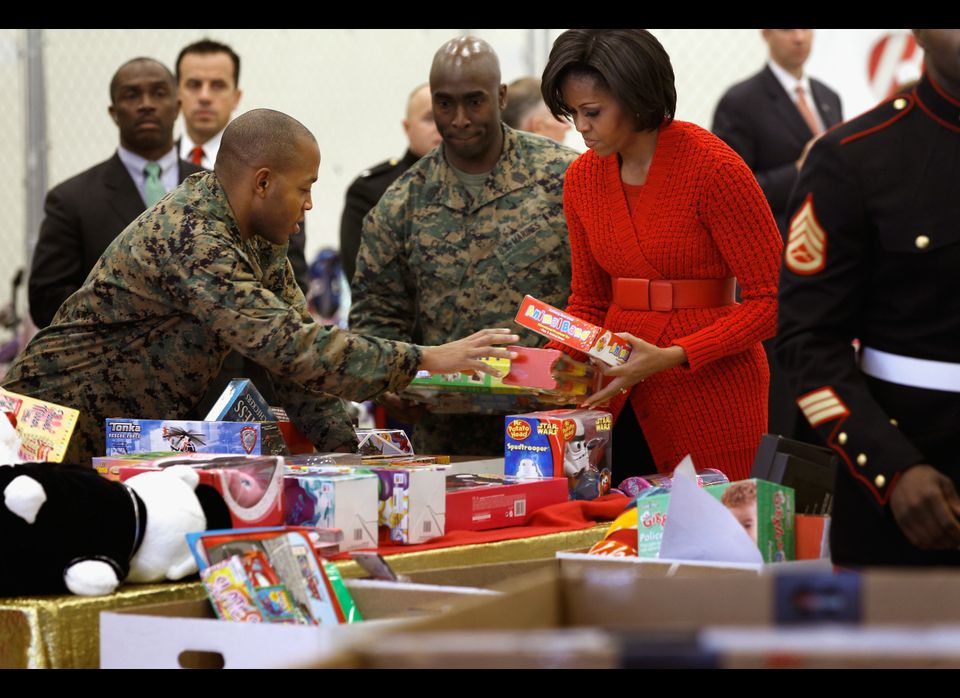