The only woman candidate for Maryland governor shows herself breastfeeding her child in a new campaign ad.

Krish Vignarajah, one of eight Democrats vying to challenge GOP incumbent Gov. Larry Hogan in this year’s elections, uses the 30-second ad to highlight Maryland’s lack of women in statewide or federal offices. A woman in an elected position isn’t just about representation, she says in the ad.

“It’s about policy. States with women in government have better schools, better health care, lower incarceration rates. I want all of that for Maryland,“ Vignarajah tells viewers.

Vignarajah is at least the second gubernatorial candidate in this year’s elections to feature breastfeeding in campaign advertising ― a strong statement that women can be mothers and have prominent public-service careers. Kelda Roys, a Democratic candidate for Wisconsin governor, began running ads this month that show her breastfeeding.

Vignarajah’s ad goes on to talk of her parents who immigrated to America with $200, and how she became policy director for former first lady Michelle Obama.

“Some say no man can beat Larry Hogan,” Vignarajah says in the ad. “Well, I’m no man. I’m a mom. I’m a woman. And I want to be your next governor.”

Hogan is only the second Republican to be Maryland’s governor in nearly 50 years, and his approval ratings have been high.

Roys’ ad in Wisconsin strikes a note similar to Vignarajah’s.

“I am a mom, and that’s a big reason why I am motivated to run for governor. I cannot have my children growing up in a world where we don’t value public education and we are destroying natural resources,” Roys says.

“What sets me apart from the rest of the field is not that I have a baby, but I have a track record of getting things done, of accomplishing progressive policies for people of this state.”

The movement to normalize breastfeeding continues to gain momentum, with some big-name celebrities also spotlighting the act. 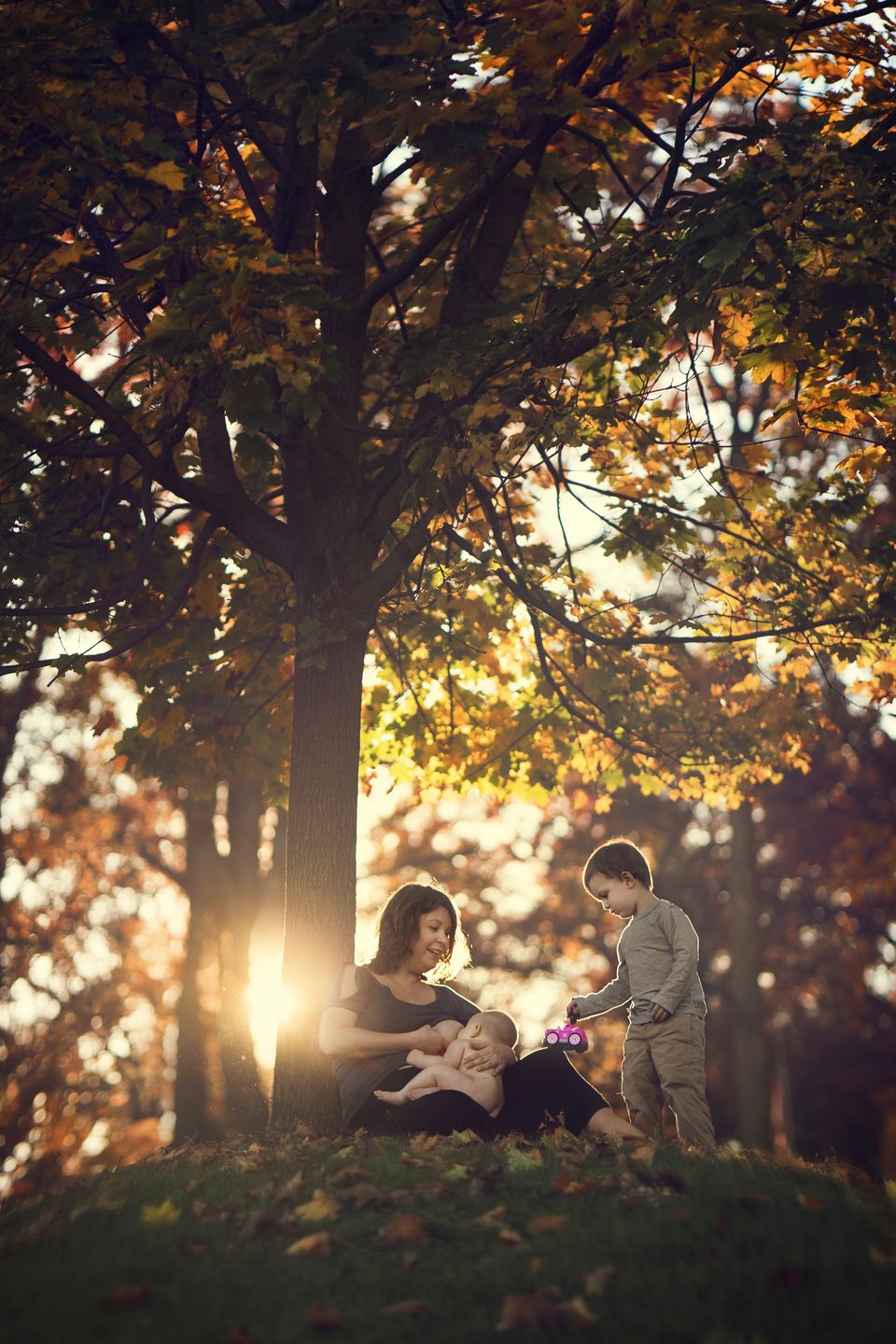