The Masai Mara Reserve receives over 200,000 foreign tourists each year, many spending upwards of $400 per person per night to stay in cosseted luxury. It is a stark contrast to the struggles to provide education to the local Masai children.

In traditional Masai society, girls face a tough life. From the tender ages of eight or nine they are circumcised (female genital mutilation as it is otherwise known). From then, there is nothing stopping them being sold by their families in return for the all important dowry. 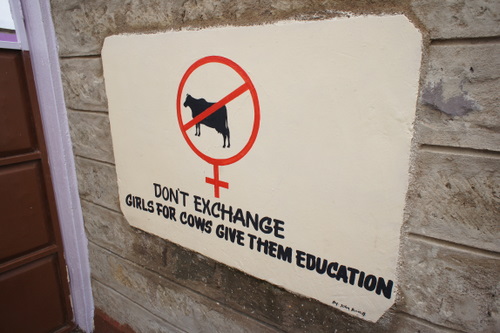 With cows at the center of Masai beliefs and economy it is no surprise that the dowry is paid in cattle (if you're interested, the going rate is around eight cows for a wife). Girls as young as 10 or 11 are prized from their home to live as the fifth wife to a man 20, 30 or even 40 years older than them. When the man dies they are left to fend for themselves and their children, unable to remarry.

The government is making inroads slowly. Schools are being built, girls and boys are required to attend, and female genital mutilation and under-age marriage is now illegal. But living on the fringes of society in the wilderness, few pay attention to what the law says.

I met Helene in Magi Moto, around an hour's drive from the gates of the Masai Mara reserve. A whirlwind of energy, Helene is doing her best to change things. She has built a school for orphaned girls. 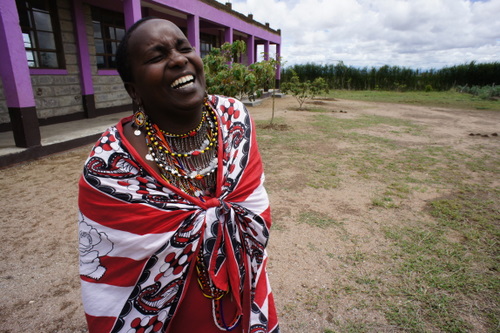 "When I was nine, I was taken out of school to be sold in marriage. By chance, I was rescued by a nun. When she found out she informed the authorities." "What happened?" "My father was arrested and I was taken to the school in town."

I asked how she came to build the school.

"I trained as a teacher, I must have had six or seven different jobs. I kept moving from place to place. I was always causing trouble, trying to save girls from female genital mutilation."

Helene eventually made too many enemies amongst the local families. One afternoon after lunch, she headed over to the school and saw all the village women brandishing sticks and raising up hell. Their husbands must have forced them. Helene asked them what was going on.

"They had kicked me out! They had bolted the doors, threatened me and turfed my belongings out of my home. They didn't like me meddling with their traditions! I decided I needed to start my own school."

The story unfolded as we bounced along the dirt track in the back of a Landcruiser; how by chance, Helene and her friend Sheraton had helped a stranded Polish girl, who in return helped raise the funds needed to build the Enkiteng Lepa School. This wasn't the end of the story, though. Prizing children from fathers and brothers keen to realize their dowry naturally causes violent tensions.

"One day, the father of one of my girls came at me with his spear" Helene laughed at the absurdity of the image. "I just stood there and told him to do his worst, I was doing what I believed in. He would have no honor." Helene chuckled again, "He's a good friend now." 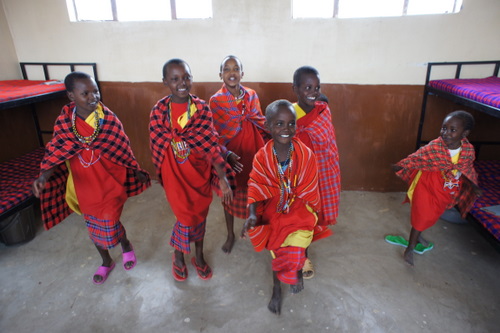 Security in the school is tight, high wires surround the complex and over-sized solid metal gates block the driveway. There are plans to build new washroom facilities annexed to the dorm so the children won't be snatched by their families when heading out to the toilet at night. Yet despite these issues, Helene is clearly making inroads.

Inside the school is as good as any in the West. Class sizes are small, the children have quality desks, books and learning aids, and each class has a small garden plot -- all thanks to donors. It was a Sunday, but a handful of children were staying in the dorm. They smiled nervously, clearly not unaccustomed to seeing tourists. At the moment the school caters for 54 children and what happens to the girls after they leave is anybody's guess. But then that is what education is for. If they've learned anything from their headmistress they certainly won't lack gumption in determining their own future. 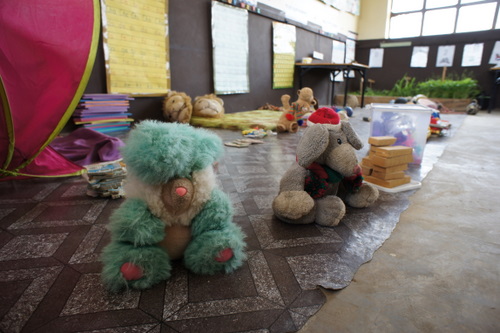