Archaeologists have made a strange and rather gruesome discovery under a supermarket in central Paris: an ancient mass grave containing the skeletal remains of more than 200 people.

The grave came to light after the Monoprix supermarket company called on the French National Institute for Preventive Archaeological Research to inspect the ground underneath its Boulevard Sebastopol store before moving forward with an expansion of its basement.

The store has long been known to rest on the site of a hospital that operated from the 12th through the 17th century, The Telegraph reported. So remains weren't unexpected, though no one guessed there would be this many.

"We had expected to find a few human remains as we knew it was a former hospital cemetery, but nothing like as many as we have found," institute spokesman Solène Bonleu told The Guardian. "We’ve come across hospital cemeteries before, notably in Marseilles and Troyes, but it’s the first discovery of its kind in Paris." 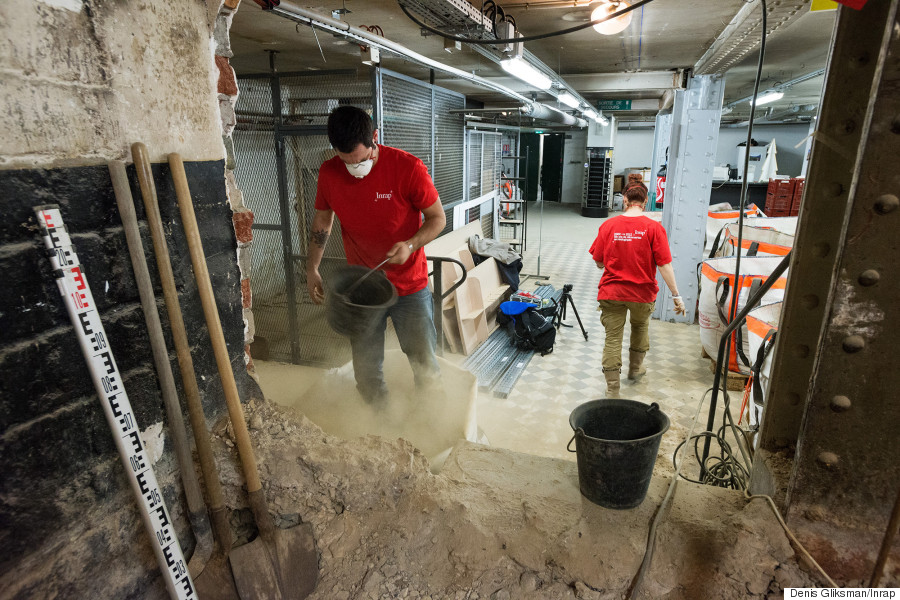 The institute said the grave encompassed at least eight separate sections, seven of which contain between five and 20 bodies each. The eighth section has more than 150 skeletons, laid to rest in an organized manner and layered on top of one another.

"What is surprising is that the bodies were not thrown into the graves but placed there with care," Isabelle Abadie, one of the archaeologists involved in the excavation, told The Telegraph. "The individuals –- men, women and children –- were placed head to toe no doubt to save space." 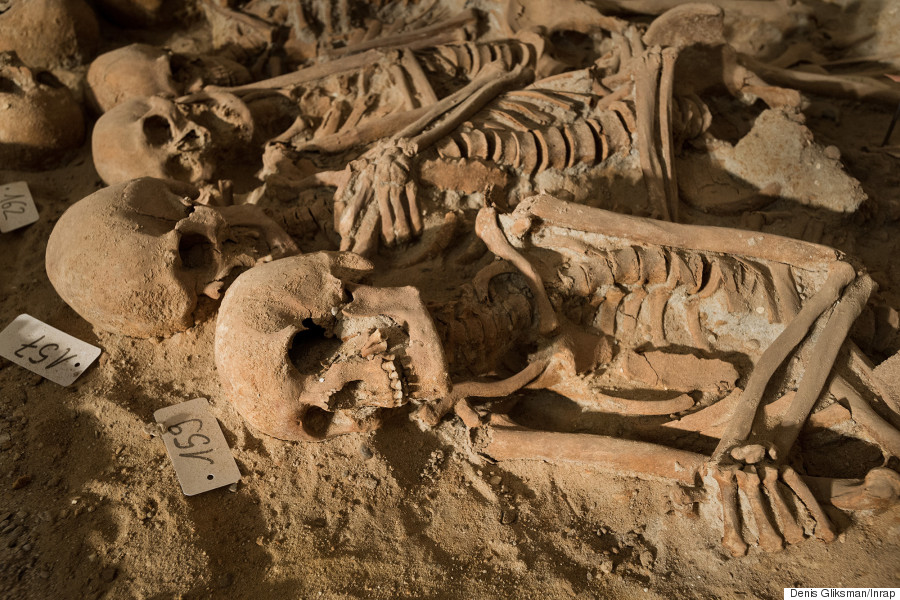 The bodies are believed to have been buried after one of a series of mass deaths swept Paris between the 14th and 17th centuries.

"The fact that so many people were buried together, that the grave is this large, tends to show us that there was a major mortality crisis,” Abadie told France24. "The crisis may have resulted from an epidemic, famine, or extreme fever." 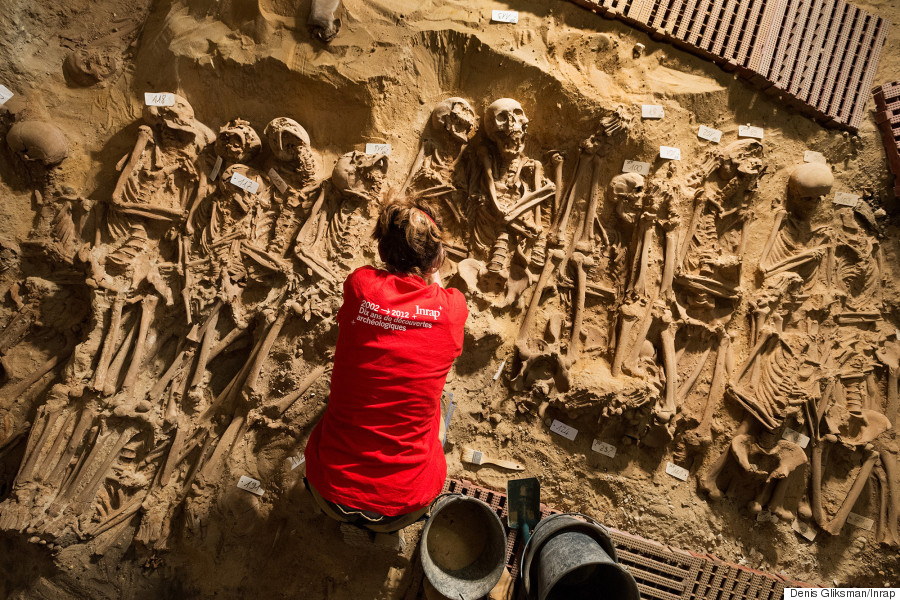 Scientists are now carbon-dating the remains to determine their age. In the meantime, the excavation continues, shoppers keep shopping, and authorities are seeking a proper site to rebury the remains.