Roxane Gay recently wrote a blistering column for the New York Times about alleged mass murderer Dylann Roof in which she declared unequivocally that she couldn't forgive him though other people have: "My lack of forgiveness serves as a reminder that there are some acts that are so terrible that we should recognize them as such. We should recognize them as beyond forgiving."

I understand exactly how she feels. Forgiveness is something that's come up many times in my own life as the son of Holocaust survivors because I've published about what's called The Second Generation since 1978--longer than almost any other American author.

I've also traveled extensively across Germany on a number of book tours after several of my books were translated into German. My memoir/travelogue My Germany describes growing up with Germany and how what the Nazis did to my parents haunted our household when I grew up. My parents were brutally ripped from their homes and countries; starved, humiliated, beaten, and tortured; dozens of their family members were murdered. 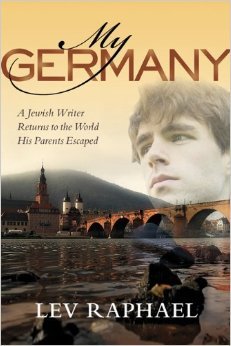 Time and again at readings in the U.S., Canada, and Germany, people have asked me about forgiveness. It's a word I never use. Whom would I forgive? If I ever met anyone who told me he or she had been directly responsible for tormenting one of my parents, how could I forgive them? Only my parents could do that. I don't have the right to grant that forgiveness, not according to Judaism.

Am I supposed to forgive the German people in general, Germany as a nation? That doesn't make sense, because not all Germans were responsible for the unique historic horrors that were perpetrated upon my people--and most of those monsters are dead now anyway. Forgive their children or grandchildren? Where's the logic in that?

The Holocaust created a vast, historic gulf between Christians and Jews, Jews and Germans. I can try to reach across it in reconciliation, and I have in many ways. I've made German friends over the years and now have a BFF in Frankfurt who says she'll visit me in any city I came to in Europe--most recently it was London. I've studied German; I have my favorite cities and places to visit in Germany; I can enjoy German beer, wine and food; and I've rid myself of childhood fears and anxieties about being there.

But forgiveness? Impossible, and for me, unnecessary. I've made peace in the best way I could: writing about it.