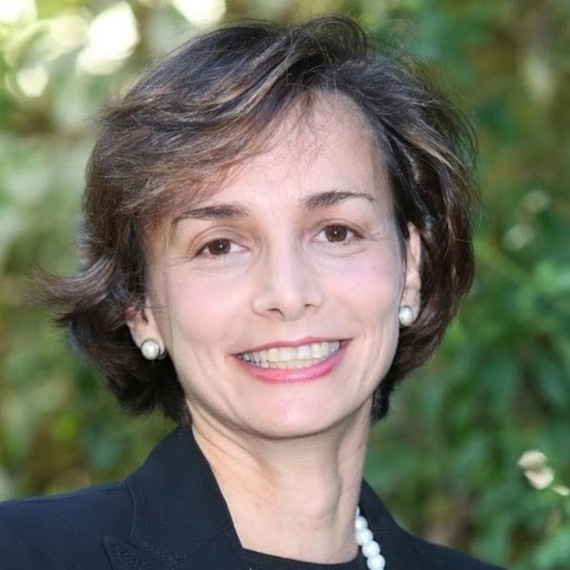 Way before idiosyncratic fictional characters like Homeland's Carrie Mathison or State of Affairs' Charlie Tucker took hold of our collective imagination, there had already been a host of women such as former CIA analyst Gina Bennet and Lindsay Moran who not only excelled in the art of espionage and counter-terrorism but had risen to the highest echelons in their respective fields without relying on either bedroom eyes or pouty lips. As Tamir Pardo, the director of Mossad, confided to Israel's Globe as early as 2012, "women have a distinct advantage in secret warfare because of their ability to multitask." Listing talents that ranged from a keen ability to suppress their ego to possessing special awareness to being more fit at reading situations, Pardo concluded that female agents were in many ways superior to their male counterparts.

With the present war on terror having expanded into areas such as combatting social media-incitement and internet-recruitment, there has been a growing need for more than just operatives and assets. In an effort to keep up with the contemporary threat of a rapidly evolving terrorist state, ISIL, skilled specialists, theorists and strategic consultants have become indispensable. One such pundit is the highly esteemed Dr. Anat Hochberg-Marom - an Israeli expert in both political marketing and counter-terrorism, a woman responsible for a paradigm shift in understanding ISIS.

As someone with keen insight into how corporations and businesses function, Hochberg-Marom has a unique interdisciplinary approach when it comes to grasping the modus operandi of ISIS. Analyzing the terrorist organization from a marketing perspective, she is able to gauge the way ISIS employs a modular system that allows them to cater their ideology to the local needs of a prospective target audience. 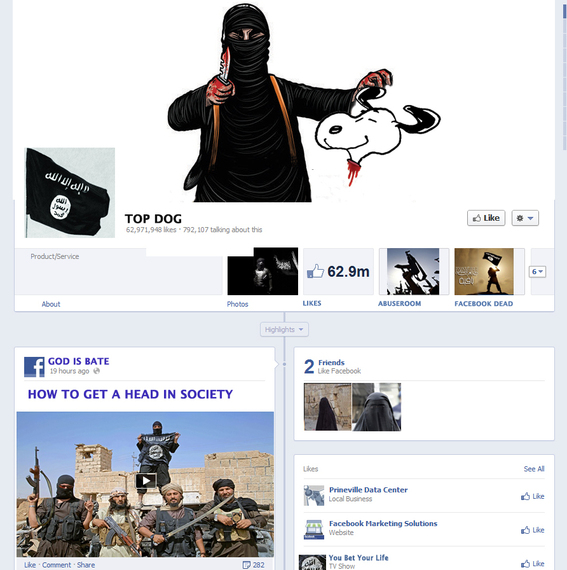 FANATICISM, The FRANCHISE
Creating what can best be described as a 'user-friendly fanaticism', ISIL invests a slanted version of a 7th century Islamic dogma with the localised biases of each given society they wish to win over. And they do so by employing all the cutting edge technology of the 21st century. In effect, they create an easily mass-produced generic product that can then be localised and plugged into whatever circuitry is present. By way of example, Hochberg-Marom explains how ISIL caters its version of Jihad to fit in with the needs of a given populations. For instance, in Jordan ISIS has framed their struggle as a revolution to overthrow the monarchy, whereas in Syria they aligned their terrorism with being a liberating force against the cruelty of the Assad regime. This while in Western Europe, the focus is presented as a war against a permissive decadent culture and lifestyle. As for the US, they have fused their Jihad with an anti-capitalist ethos and, in so doing, have projected an image that is the antithesis of 'America's cynical materialism', becoming the tireless knights who fight a self-serving system with 'genuine values'. It is this ability to reinterpret vitriol so that it smacks of commitment and to invest hatred with a local target that gives ISIS its global appeal.

Likewise, it is precisely this level of malleability that makes ISIS impervious to defeats by strictly military means. While Dr. Hochberg-Marom does in no means underestimate the legitimacy and importance of strategic airstrikes, economical boycotts and intelligence activities, she also knows they are not on their own enough to put an end to the threat that terrorists the ilk of ISIS pose.

THE E-JIHAD
In order to abolish 'global Jihad', it is necessary to curtail the group's influence - and by influence, Dr. Hochberg-Marom means incitement by way of social media. The E-Jihad, as she calls it, is by no means a second tiered front. It is the main line of offense (sic) for an organization that manages to continuously reboot itself with new recruits. 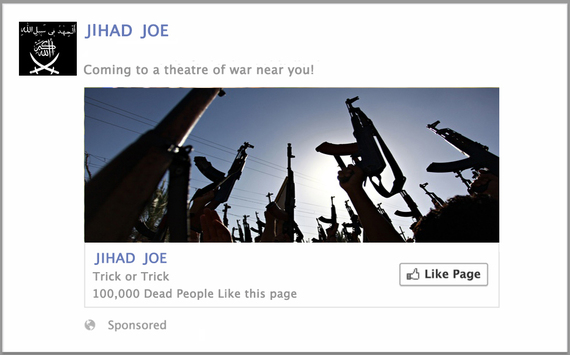 ISIS, explains Hochberg-Marom, must be seen for what it is: a terrorist organization that has adapted the very modern management, organizational and marketing disciplines that are a staple of global corporations. Their product is the fanatical ideology that proclaims the superiority of a distorted variation of Islam over democracy and all other faiths. While each terror attack certainly creates damages and casualties, the main objective is to maximize impact and shift world public opinion. The attacks themselves are marketing campaigns. They have, in today's world, evolved into a highly orchestrated 'ad campaign of terror.' This terror is not a by-product of the current Jihad but rather a critical component of its overall structure. It is the multinational design of ISIS that separates it from all historical predecessors - whether IRA, the Italian Red Brigades or Baader-Meinhof. To overlook the corporate vision behind their madness would be a fatal error.

TERROR'S POP STARS
While Jihad's traditional channels of distribution have included radical Imams and those operating under the cover of given mosques, today their main means of promotion has become the internet. It is in this virtual arena that the role models, opinion leaders and governing hopefuls of ISIS are born. While the new kingpins of horror may be motivated by distorted religious ideology, the key to their success is as vapid as that of their pop cultural counterparts. It is sex appeal, the promise of adventure, and the illusion of power and fame.

Understanding Jihad from a marketing perspective provides us newer tools with which to confront the threat. As Anat Hochberg-Marom insists, "The West must acknowledge that we are in a battle of ideas and the war we are waging is for the souls and minds of mainstream Muslims and western youth." 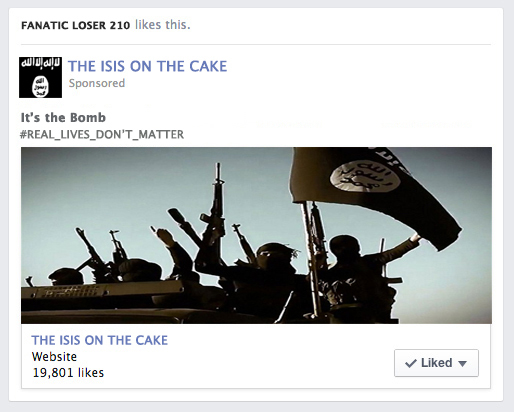 The good news, as Hochberg-Marom explains, is that our knowledge of e-marketing is vast. It is a discipline we are not only familiar with but it is one that we have successfully deployed in the world of business time and time again. Leveraging our expertise in marketing is a necessary move, and it is one that would provide us with a more long term and efficient way of winning this war.

It does not take much for me to be reminded that the world of business and marketing have indulged in warlike terminology for years. We have had our share of 'headhunters', 'hostile takeovers', 'corporate spies' and ' corporate raiders'. Our Gordon Gekko's have often come complete with their copy of Sun Tzu's Art of War while dressing themselves in military visions of grandeur prior to each battle. Perhaps the time has come to realize that while the language of war may have pervaded business - becoming a facile if inaccurate metaphor for self-anointed Napoleons - it is our business acumen that may provide us with an ideal way of defeating global terror.

In a world where corporate minded Jihadists wage ad-conscious campaigns of terror, perhaps it is time we prepare ourselves for an ideological battle fought on the frontline of marketing. With perspicacious and vibrant women like Anat Hochberg-Marom at the helm, we may yet be able to build a formidable army of copywriters, art directors and social media experts capable of marching into battle against fundamentalist propaganda. Armed with slogans, graphics and a solid marketing strategy, we have the intellectual capacity to win this war. Our creativity may just prove to be our best long-range weapon when it comes to driving terror out of business.

Rory Winston is a published author/poet/playwright/TV comedy writer/columnist who serves as the Feature & Art Editor for the NY Resident Magazine.