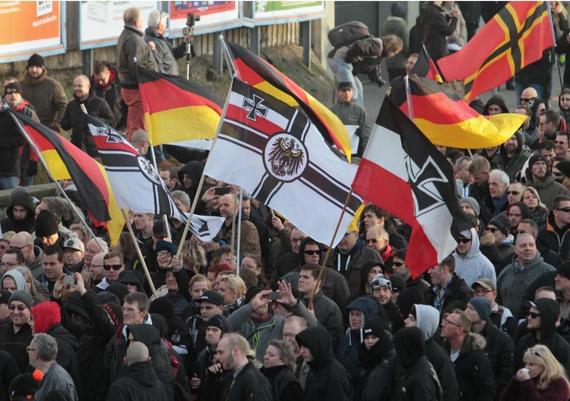 I lately came across an excellent article by Muslim reformist Maajid Nawaz on the recent mass sexual attacks in Cologne Germany allegedly committed by some Arab immigrants. In the article, Maajid has criticized the liberal quarters which subsequently tried to cover up the sexual assaults and has stressed upon them to be vocal against such attacks with candor and courage. He has argued that there is also a cultural element behind these rape attacks and rather than avoiding the topic, it is important to acknowledge the problem and give it due attention.

The central argument is that the male refugees are coming from a different culture and their way of looking at women is different from the deeply entrenched values in the Western societies. So when such young men come into contact with the Western women, their behavior due to their own cultural conditioning may result in transgressions and even rape. He has not suggested, that culture is causing rapes but that cultural factors mediate the way individuals take their action.

Maajid's another major argument is that liberal left's inability to speak has resulted in a void which has enabled the far right to take over the discourse. Therefore the liberals should speak, so that the radical right is not able to use these incidences to whip up mass level xenophobia and racism.

Yes, there is also no denying the fact that refugees are coming from a different culture, and their way of looking at women is different from the West. Does culture influence a rapist decision to conduct a sexual assault? This is eventually an empirical as well as a theoretical question, though extremely difficult to prove. Let's not forget that rape occurs in even advanced societies and is in no way exclusive to some societies.

However, what is easier to observe is that in Middle Eastern societies the treatment meted out to women is unfortunately not admirable by any standards. According to Global Gender Gap Index 2015- which ranks countries on the basis of gender parity- Middle Eastern countries are at the bottom, with Syria at 143rd position out of a total of 145 countries included in the ranking.

The entrenched patriarchy and gender imbalance in such societies in all likelihood has strong bearing on the way their young men view the opposite sex. This is by no way to suggest that every person is influenced by cultural factors in the same way. it is merely saying that probability of having misogynist attitude is more when you come from conservative societies. While we acknowledge the importance of culture, we should avoid stereotyping and painting everyone with the same brush as that would be synonymous to racism.

Moreover, the way these societies respond to harassment and rape, is very different from the West. Although victim blaming is common all across the world, but it is more entrenched in such societies. It is a reality which cannot be simply brushed aside or swept under the carpet. Yes, racial sensitivities are important but even more important is ensuring liberty and equal rights of women. As one of my female Facebook friends noted in a very powerful post "I find it disturbing that again, race is getting privileged over gender."

At the same time one has to also understand the dilemma which the liberal left faces. To accuse of it being overly politically correct is to also not understand the complexity of the situation. Liberals face conflicting choices here and it is important to recognize this.

One of the major dilemmas is that ultra-right wing is raising this issue and has made it a subpart of its broader campaign against the refugees. It is obvious that liberals do not want to be bracketed with them as their stance is different with respect to refugees. Generally liberals and far right are at the opposing end of the political and social spectrum but in this case, the liberals fear sounding like far right despite that the objectives of the two are way different.

In reality it is a very slippery slope because you always fear that such arguments will be used by the extreme right for their rather different purposes. The liberals fear, with some justification, that this kind of argument will actually feed in the narrative weaved by the far right and enable them to whip up across the board hatred for political gains.

Another risk which the liberal left fears is that if cultural arguments are accepted as one of the major determinant of harassment and rape, then potentially every man from a particular culture is more likely to appear a rapist in the public imagination. If that happens, then it starts affecting the individual level interactions and also collective attitude of one type of group towards other. This is also not something which liberals would want.

The reality is that even if culture is an important variable it still does not affect every person in the same way. Two different people belonging to the same culture often end up behaving differently even if their basic way of looking at things is the same. Let us not forget that sexual transgression eventually is a personal decision and men committing it have to be held responsible for that in individual capacity. However, this reality is likely to be overlooked or trivialized during these charged up times and may lead to excessive generalization and broad brushing. In fact at the extreme it may lead towards demands for separate areas, ghettos and outright forced indiscriminate deportation.

Clearly these are not the things liberal left or for that matter even moderate right wants. If Syrian refugees end up staying for a long time then they have to be assimilated which requires extra efforts. Shunning them or hating them will make this task extremely difficult. And frankly hatred is not a liberal value.

So what should the liberals do? In my opinion, they have to acknowledge that there is a problem here. Being overly politically correct and refusing to even say a word in condemnation is a faulty strategy. Yes, they need to accept it but their narrative and strategy should be different from the far right. Whereas the far right whips up hatred, the left has to engage with the refugees and aim at orienting them to the western culture at the grassroots level. This is indeed a herculean task and which may not even yield effects in the short run. But at the same time, given the delicacy of the situation and need to balance conflicting ends, this may be the only way out.