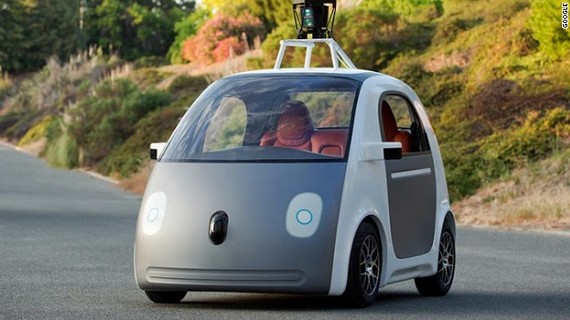 The year is 2035. You wake up to the sound of an automated alarm from your smart house's artificial intelligence system. As you head towards the kitchen to grab a cup of Joe, coffee starts brewing on its own and the TV in the drawing room turns itself on to your favorite news channel. Once you're done with refreshments, your intelligent voice assistant briefs you on the day's many chores, general memoranda you needed to be reminded about at the start of day. You get out of your house and step into your self-driving smart car. You casually flip through pages of current news on your tablet while your car drives you through the safest and promptest route to your place of work. Everything from your grandmother's bed to your infant's potty is automated, and you are ignorantly leading the life of a disabled meatsack. Life is sweet. But is your realm of blissful technophilia really as safe as it sounds?

According to statistics presented by the World Health Organization, 1.2 million lives are lost each year to car accidents. Further, 99% of these accidents are a result of human error. Perhaps a slight delay in hitting the brakes, or some casual speeding in an accident-prone zone, it is always some self-absorbed dimwit messing things up for society. According to Sebastian Thrun, leader of Google's self-driving car project, autonomous vehicles have the potential to reduce the death toll from road accidents by as much as a half. By eliminating all involvement with the apish race of greasy nincompoops that is humans, self-driving vehicles will allow for safer, more convenient road transport. Using a host of features such as GPS, cameras, LIDAR, radar, and the company's mapping technology, Google's autonomous vehicles map out an accurate projection of their surroundings allowing for smoother and safer navigation.

Self-driving cars are already nearing perfection, but consider plugging all autonomous vehicles of the world to a connected network, and the results can be massive. Using the Internet of Things to share data and information both within and amongst vehicles, each vehicle will be able to intelligently receive patches, upgrades and crucial updates to their database. Think of an entire nation of automated vehicles all connected by a single network allowing for seamless streaming of information. Transport and communication could not get any neater.

However, good technology comes at a steep price. Just as any other network connection, the Internet of Things is prone to hacking. Studies have shown us that 70% of all devices connected via the Internet of Things are vulnerable to hacking, where hackers exploit a minute flaw such as a poorly placed password to break into a user end device, and use the same to infiltrate the cloud services, potentially stealing personal information and gaining control of all devices connected via the network. An article on alphr demonstrates how automated lightbulbs, smart TVs, autonomous vehicles, smart fridges and even smart toilets, can all be very easily compromised. Up until now, the worst thing hackers could do by hacking into your system is perhaps turn off a few lightbulbs or hold your fridge for ransom. However, the scenario gets a lot more complicated when autonomous vehicles get into the mix.

Recently, students of the Zhejiang University in China managed to earn themselves $10,000 in bounty after hacking open a Tesla S Electric Car, causing it to crash. Charlie Miller and Chris Valasek, security researchers who expertise in causing controlled car hacks, demonstrated how a Jeep Cherokee could be conveniently hacked with a phone and a laptop on the Sprint Network. They successfully took control of several of the vehicle's systems, finally forcing it to topple. Similarly, Jonathan Petit of Security Innovation showed us how a low-power handheld laser and a pulse generator could be used to trick an autonomous vehicle, causing it to slow down, stop or swerve right off its path. This worked by tricking the autonomous car's LIDAR system into thinking there were objects on the road which really weren't.

Fortunately the infiltrations conducted so far were done for purely academic reasons to discover loopholes in modern technology. However, with new hacking techniques being developed every moment, what is to stop a black hat hacker from taking control of your car and causing it to go berserk? A successfully executed hack is capable of being used to conduct an automobile theft, a distantly controlled homicide or even a terror attack.

It gets worse with the coming of the Internet of Things. When all cars in a given nation are connected by a singular network, it becomes possible for hackers to exploit a small vulnerability in one of the automobiles, and use the same to invade the centralized system. Once inside the system, hackers gain control over several cars sharing the same connection. With that kind of access, they can potentially shut down every vehicle on the street, or even cause a chaotic road rampage scenario. While such an advanced hack isn't yet possible, we are all gazing at a future when large hacktivist groups become strong enough to actually pull a heist that magnificent.

The Internet of Things is any technophile's dream come true. Using it, it is possible bridge together thousands of smart house, devices and vehicles. Using autonomous cars can reduce the number of road accidents to a fraction of what it is today. However, these technologies also come with a cataclysmic price. The only question left for us to answer now is: is technology worth all the risk that comes bundled with it? And if so, are we prepared to take all the security measures necessary?