On Tuesday, 23-year-old Katie Kropas asked her grandmother to drive her to the hospital because she had stomach pains. There, she learned she was nine months pregnant.

Kropas gave birth to a healthy 10 pound, 2 ounce baby girl one hour after learning she was pregnant, according to local news outlet NECN. She was thinking about naming her daughter Ellie, after her grandmother.

"At the time, I was like, this has got to be a joke, but I had no idea what to think," Kropas, who lives in Weymouth, Massachusetts, told the news station.

Kropas was reportedly on birth control, had relatively regular periods and attributed her weight gain to holiday eating. When Dan Keefe, her boyfriend of two years, learned what was happening he immediately called Kropas' mother, Karen, who thought he was kidding.

In an interview with the New York Daily News, Kropas said people in the hospital have been joking with her about not realizing she was pregnant.

“They just say ‘you were carrying around 10 extra pounds and didn’t know it?’” she said. “I don’t know why I didn’t know. I mean, I’m just excited and I appreciate everyone who is helping.”

A woman not knowing she's pregnant until she goes into labor -- otherwise known as "cryptic pregnancy" -- isn't as rare as one might think.

"Quite simply, [women] do not know they're pregnant because they have no symptoms -- no weight gain, no nausea, and little to no abdominal swelling. They may still have their periods, or have always had irregular periods," scientist Jena Pincott wrote in a HuffPost blog in 2011. "If they have symptoms, they're so subtle as to be easily mistaken for something else. Indigestion, perhaps." 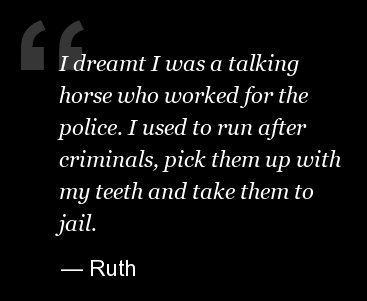