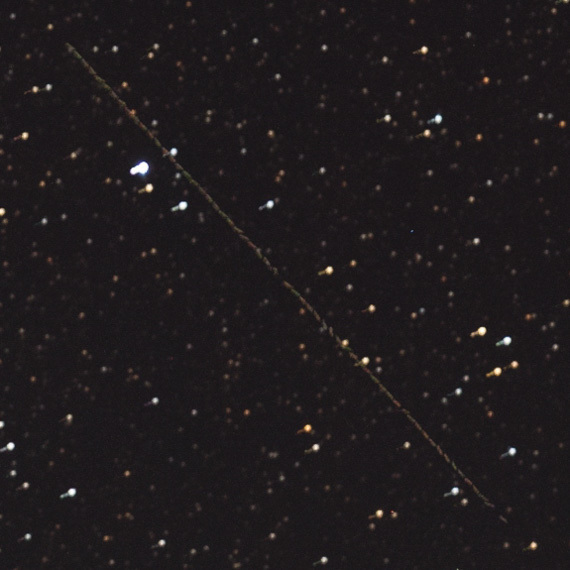 Asteroid (537439) 2004 BL86 was approaching earth on Sunday. At over a half-kilometer wide, we're fortunate that it will pass at a distance three times the distance to the moon. It's the largest known asteroid of this size, passing this close, until 2027!

I photographed the comet for a couple of hours last night. I didn't use a telescope, just a DSLR with a 200 mm lens. I did use a star-tracking mount to minimize star movement as the earth rotates. The image above was created from over 60 individual photos of the asteroid as it approached. I also created the time-lapse video below from 119 of the photos:

The asteroid passes the earth during daylight hours on Monday for those of us in North America, but we'll have another chance to see it Monday night before it heads back out into space. It's too soon to say how close the asteroid may come to us on its next lap of the sun. Fortunately, given the size of its orbit, we won't have to worry about this particular asteroid coming back for another 8000 years.